A Little Bit Out of It | Meridian Magazine 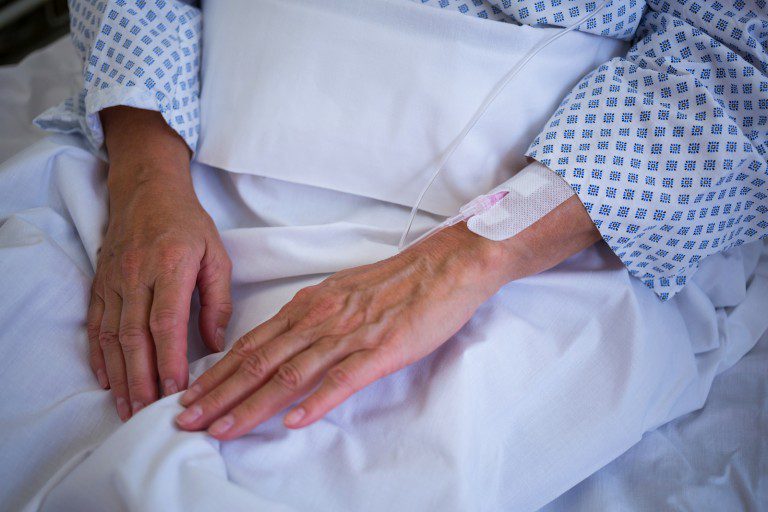 A Little Bit Out of It

Dora and Frank were some older neighbors that I often visited. They lived in a little trailer house. In the winter, I would haul wood from their shed and stack it by their door to make it more convenient for them to keep their house warm.

One winter day when I arrived, they weren’t home. That was a little bit unusual because they seldom went anywhere in the winter. But I didn’t think too much about it. I figured they must have gone to the store or something.

I set to work refilling their wood supply. I also shoveled their walk and chipped off the ice. Just as I was finishing and preparing to leave, another neighbor stopped to visit with me.

“You’ve heard that Dora’s in the hospital, haven’t you?” he asked.

“She had an allergic reaction to something,” he said.

I decided I would pay Dora and Frank a visit at the hospital, but I was too dirty and sweaty to go directly there. I hurried home and showered and changed. I then drove to the hospital.

When I arrived, I checked in at the front desk, and they told me where Dora was. I went to her room and knocked on the open door. Frank, a man of few words, beckoned to me to come in. Dora greeted me, and we visited briefly before the doctor came in.

He told Frank the hospital needed to run some more tests, and Frank nodded. But when the doctor started to visit with Dora, she appeared frightened.

“Dora,” the doctor said, “it’s time to take you upstairs.”

She tried to get up, almost ripping the I.V. from her arm. The doctor stopped her, but not without great effort. He hit the nurse-call button to get additional help. A nurse appeared and joined in the fray, but Nora was fighting like a lion. They called for more help. Frank and I moved out of the way as another nurse and an orderly came in. It took all of them great effort to keep Dora from escaping.

The doctor asked Frank if they could give Dora a sedative to calm her, and Frank nodded. With a quick shot into her IV, Dora finally settled down and was soon asleep. That was when they took her for some more tests. I said goodbye to Frank as he headed to the elevator with them.

The next day, after work, I went to the hospital to see how Dora was doing. Frank nodded a hello as I came in. Dora was sitting up eating her dinner.

“So how are you doing today?” I asked her.

Dora shoved her food to the side. “I think I need to explain about yesterday,” she said.

“The thing is,” she said, “when you came, I was still a little out of it from my allergic reaction. And when you come to visit us, it’s almost always in our home. So, as we sat there visiting, I somehow got the idea I was at home.

“Then, as we visited, the doctor came in, and I couldn’t figure out who he was or why he was in my home dressed in white. But then when he said he was going to take me upstairs, my mind reminded me that our trailer didn’t have an upstairs. And as I sat there staring at him, in his white robe, it came to my mind that the upstairs he was talking about was heaven. I was sure he was the angel of death, and he had come for me.”

I laughed. “Dora, as hard as you fought, the angel of death would have had his hands full taking you. It’s too bad you weren’t entered in Olympic wrestling.”

Frank smiled and said some of the few words I’d ever heard him say. He said, “She could have won the gold.”

Such a sweet story. Thank you.

Oh bless Dora’s heart! She still had plenty to live for. I’m touched while I’m laughing.