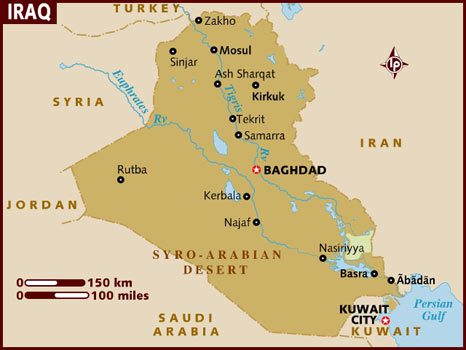 A Muslim Meets a Mormon

Meeting Jaleel* was one of the tender mercies that I was blessed with on my mission.  Jaleel is a Muslim from Iraq who had immigrated to America to escape the wars and turmoil in his native country.  He had suffered many hardships during the war in Iraq and under the brutal regime of Saddam Hussein, but God watched over him and he was fortunate to obtain asylum in the U.S.

One day Jaleel was at a local Best Buy store in our area, having some problems with how to operate his new smart phone.  He was trying to learn how to send text messages and emails when he noticed two young men in white shirts and ties, Elder Forsberg and Elder Brunstad, walking on the sidewalk.  Assuming correctly that they could probably help him, he approached the two missionaries to request their assistance in how to send messages.  They showed him how to send texts and gave him a brief gospel message together with a pass-along card.  About two months later my companion and I received a referral from Church headquarters to visit Jaleel.

Jaleel later told us that he had felt something in his heart that day on the sidewalk while chatting with the two young missionaries, and he wanted to know what made them so different.  What did they have that he didn’t? He called the number on the card and requested a visit from some missionaries.  We were honored to receive the assignment to meet with Jaleel and teach him the gospel of Jesus Christ, of which he knew little to nothing.

A couple of weeks later, we took Jaleel to the mission home for dinner and a lesson with our mission president, who showed Jaleel a video about the life of Christ and which depicted some of the miracles he had performed during his earthly ministry.  Jaleel’s eyes filled with tears as he watched the video about Jesus.  The spirit filled the room and softened Jaleel’s heart.  At the end of the video, our mission president asked Jaleel what he thought about Jesus.  Jaleel, who was very emotional at this point, expressed his sincere belief that Jesus was greater than a mere prophet, even greater than his beloved prophet Mohammed, who had never raised the dead or walked on water. He said he believed that Christ was the Son of God. It was a deeply profound testimony, especially coming from one who had been raised outside of Christianity.  We knew moving forward would be difficult for Jaleel and his family.

Shortly after this special experience, when Jaleel heard about General Conference in Utah, he traveled to Salt Lake City to attend conference on Saturday.  He wanted to hear the apostles speak in person. One of the General Authorities was kind enough to meet with him after the morning session and show him around the beautiful conference center.

In spite of the opposition from some of his relatives, Jaleel was soon baptized a member of the Church.  It was wonderful to see many of his Muslim friends attend the service to show their support for his decision.  It is such a blessing to see hearts and lives change as the spirit touches our investigators, even those who have barely even heard about Jesus Christ.  We love Jaleel and admire his courage to follow the promptings of the Holy Ghost and do as the Lord asked, to “Come Follow Me,” regardless of the cost.

Dear Elder Bullock, Where did you serve your mission?

I cried being touched by the spirit when Jaleel's experience of watching the films on Christ were shown to him and his words he spoke to the missionaries and mission president. I know that he will be a great instrument in God's hands in bringing many of his muslim brethren to the gospel.