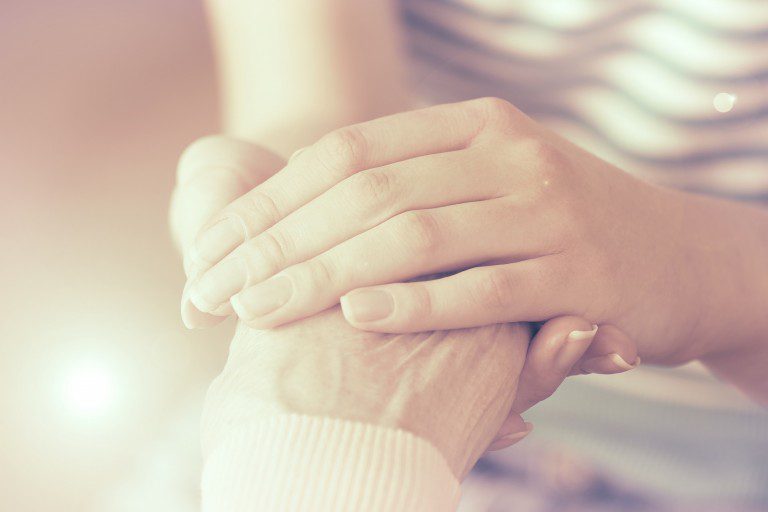 Are The Dying Visited By The Dead?

The following comes from Richard Paul Evans’ blog. It is republished here with permission.

Sitting on the bed next to my grandmother as she lay dying, I witnessed a curious thing. Earlier that day, hospice had put my grandmother on a morphine drip and ever since I had arrived she had seemed unaware of her surroundings and mumbling unintelligibly. Then suddenly she stopped mumbling and looked up to the corner of the room. For more than a minute she was silent and her eyes were focused on a single point. Then I heard her say very clearly, “No, not yet.” She died several hours later.

While there is much debate about what happens during the final minutes of life, reported end-of-life “visitation experiences” are extremely common. In my speaking, I’ve had the opportunity to address hundreds of hospice workers. Never once has any of them told me they don’t believe that the dying have visitations. And if anyone would know, it would be them. So why isn’t this phenomenon addressed more openly?

When my father-in-law, a confessed atheist, was on his deathbed from a terminal heart ailment, his eyes suddenly widened. Because of the tubes down his throat he was unable to speak but he was clearly attentive, following something across the room with his eyes. My wife, Keri, was at his side. “Dad, do you see someone?”

He nodded to the affirmative.

He shook his head.

Again he shook his head. Minutes after his passing, his nurse said to me, “I knew he was going to die soon. When they start getting visitations, it’s their time.” I asked if she’d seen this before. She nodded. “Many times.”

Reported end-of-life experiences are predominantly categorized as three types: Out of Body experiences (OBEs), Near Death experiences (NDEs) and End of life dreams and visions (ELDVs).

In a study of end-of-life phenomenon, scientists at Canisius College interviewed 66 patients receiving end-of-life care in a hospice. The study found that most patients reported at least one vision per day– and that visions involving dead friends and relatives were the most common.

The researchers wrote, ‘As participants approached death, comforting dreams/visions of the deceased became more prevalent, ‘The impact of pre-death experiences on dying individuals and their loved ones can be profoundly meaningful…and typically lessen fear of dying, making transition from life to death easier for those experiencing them.’

Still, in spite of thousands of written accounts of pre-death encounters, there are still many who don’t believe. An article in Salon magazine states:

Despite thousands of testimonials and hundreds, which have been corroborated, many materialist scientists cling to the notion that out of body experiences and Near death experiences are located in the brain…

Afterlife deniers have offered a list of possible scientific explanations for end-of-life phenomenon that include; excess carbon dioxide creating a white light and tunnel, endorphins released under stress, lack of oxygen, hallucinations and a damaged temporoparietal junction which may create the illusion of an out-of-body experience­–a phenomenon that scientists claim to have been able to replicate without bringing the body close to death.

However, none of this explains how people who are brought back from death are able to explain things that happen in other rooms, conversations, etc. A good example of this is the famous and well-documented case of “Maria”. After being resuscitated from a heart attack, Maria told a social worker that during the time her heart had stopped she had gone outside the hospital. She described in great detail a shoe she’d seen on the ledge of a hospital window on the third floor. The doubtful, but curious social worker not only found the shoe but also realized that there was no other way for Maria to have known all of the details of the shoe and its surroundings that she had described.

Many believe that as our medical science allows us to bring more people back from death, we will only see and validate more of these experiences. For those seeking truth about the existence of an afterlife, an honest inquiry into end-of-life phenomenon is a good place to start.

Have you, or someone you know, ever experienced this phenomena? Please Share.

I work at a local hospital. During the midnight shifts when it is quiet, sometimes "activity" picks up in the front area and those of us (admitting, security) up front notice the increase in "visitors". Sometimes its shadows seen out of the corner of our eyes, but usually just the feeling that there are many people entering the building. This usually happens when someone is close to the end back on the ward. We laugh about it and enjoy the "company".One particular patient was back in the ER close to death. He was alone in his room when I walked in. I felt as if I had to weave between the many, many, people in the room. The feeling in that room is one I will never forget; such peace, love, with a bit of excitement.

Just before our brother in law died my husband gave him a Priesthood blessing of comfort and told him that his time on the Earth was done and that he could let go if he needed to go to the Spirit World. My husband got very choked up and took a few moments before he could finish speaking. Our brother in law was unconscious. He had Alzheimer's. My husband told me that during the blessing he became aware thst the room was full of our brother in laws deceased relatives who had come to take him into the Spirit World. My husband is completely blind. He saw them with his spiritual eyes. A few minutes later Eric opened his eyes and stared at the corner of the room then passed peacefully into the next life. I am sure he could see his loved ones waiting for him.

Why are Israel’s Promised Blessings Only Available Within a Covenant?

Religious liberty hangs in the balance this summer