Lesson 24, "Give Us Strength According to our Faith in Christ," Alma 13-16 | Meridian Magazine 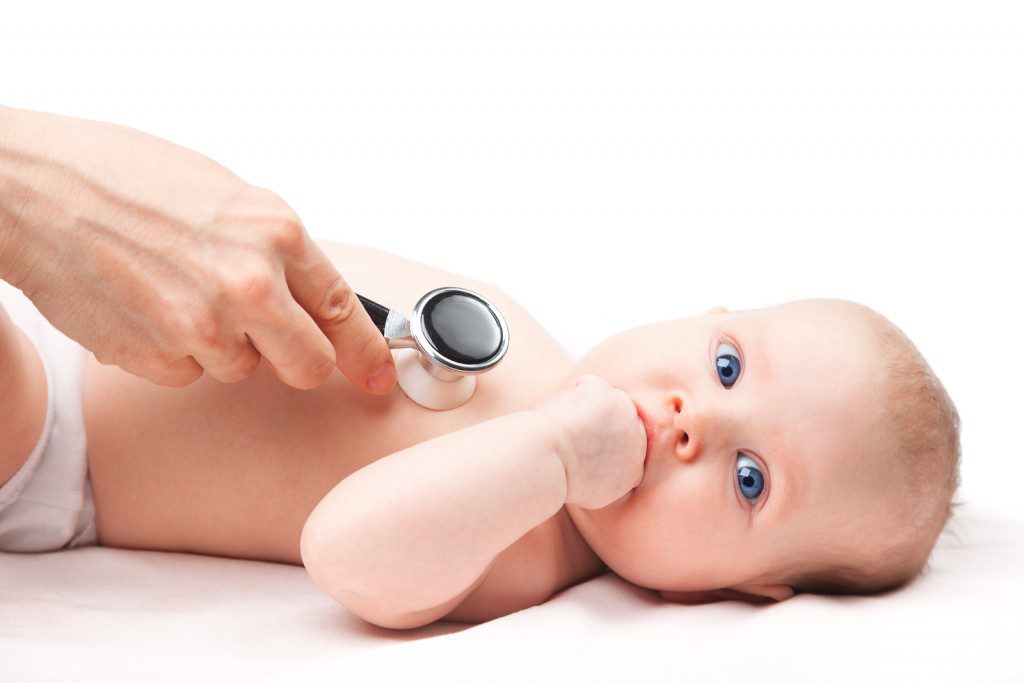 One of the glorious doctrines restored in the Latter-days was the knowledge of our premortal existence, and our callings from that forgotten time to fulfill certain responsibilities upon the earth. God told Jeremiah, “Before I formed thee in the belly I knew thee; and before thou camest forth out of the womb I sanctified thee, and I ordained thee a prophet unto the nations” (Jeremiah 1:5). Much is contained in that simple verse. We sense God’s intimacy with his children, his long knowledge of our capacities and heart, and his trusting us to play a part in the great work of saving his children. We do not enter this world as blank books upon which our experiences and knowledge here are written. Instead, we come with personality, inclinations, talents that have been pursued long before this world was, attributes that have been honed and developed in our heavenly home.

Many have sensed this reality. Marcel Proust wrote, “Everything in our life happens as though we entered upon it with a load of obligations contracted in a previous existence…obligations whose sanction is not of this present life [which] seem to belong to a different world, founded on kindness, scruples, sacrifice, a world entirely different from this one, a world whence we emerge to be born on this earth, before returning hither.”(1)

William Wordsworth wrote it this way in lines familiar to us:

Our birth is but a sleep and a forgetting…

But trailing clouds of glory do we come

Section 93 of the Doctrine & Covenants declares: “Man was also in the beginning with God. Intelligence, or the light of truth, was not created or made, neither indeed can be.”.

The Lord revealed to Abraham the eternal nature of spirits and their foreordination for specific works. “Now the Lord had shown unto me Abraham, the intelligences that were organized before the world was; and among all these were many of the noble and great ones. And God saw these souls that they were good, and he stood in the midst of them, and he said; These I will make my rulers; for he stood among those that were spirits, and he saw that they were good; and he said unto me: Abraham, thou art one of them; thou wast chosen before thou wast born” (Abraham 3:22,23). Clearly, our life here on earth is only the second act of a three act play. To understand the events, challenges, and responsibilities that swirl around us here, requires comprehension of act one. If you happened into a theater just as the second act of a play was beginning, you may be confused about the different roles the actors were playing. It might seem that some faced undue hardship or that others were treated unfairly. You might wonder why some characters were given such heavy responsibilities. Even if you stayed until the end of the act, it might appear that things were left unresolved. Only if you saw acts one and three would the events of act two make sense.

Alma 13 is one of those chapters in scripture that gives us a glimpse of understanding of our premortality. It continues the theme sounded both in Jeremiah and Abraham quoted above. We are told specifically that those who are called to the priesthood after the order of the Son of God were called and prepared from the foundation of the world. God not only knew them personally and intimately there, but had foreknowledge of what life in mortality would hold for them here.

And why were they chosen for the priesthood? “Because of their exceeding faith and good works.” The implications are fascinating for a better understanding of that premortal world.. It was not just a place where spirits sat passively in a state of perpetual innocence. No, it was a place of agency where we were free to choose between good and evil. “They having chosen good, and exercising exceedingly great faith are called with a holy calling” (Alma 13:3).

Alma and Amulek Witness the Burning of the Believers

It was a dark day in Ammonihah when the believers and their scriptures were gathered to be burned. . The scriptures do not detail the anguish of that scene, nor the screams of horror and pain, but it is certain that not one detail was lost upon the two missionaries, Alma and Amulek who witnessed the anguished death of their converts. No matter how wracking the misery of death was for the believers, surely Alma and Amulek felt an equal intensity. Imagine particularly the grief of Amulek. In this fire must have been close friends and family members. The man who had been a paragon of respectability and influence in his own community was now stripped to rags and bones emotionally. “How can we witness this awful scene?” (Alma 14:10) he asked Alma. “Therefore let us stretch forth our hands and exercise the power of God which is in us, and save them from the flames.”

Alma responded that “The Spirit constraineth me that I must not stretch forth mine hand, for behold the Lord receiveth them up unto himself, in glory; and he doth suffer that they may do this thing, or that the people may do this thing unto them, according to the hardness of their hearts, that the judgments which he shall exercise upon them in his wrath may be just; and the blood of the innocent shall stand as a witness against them, yea, and cry mightily against them at the last day” (Alma 14:11). Here, in a nutshell, is one of the answers to the proverbial question why bad things happen to good people. To our mortal minds, the first thing a new convert ought not to have to face is a fire, yet the Lord allows people their agency, including those who would persecute the Church or demolish our well-being. We are not given a special armor of protection against every blow that could come to us here in mortality. If God blunted every fist aimed at our face or word flung at our hearts to make this a completely safe place for us, he would be tampering with agency, a condition He champions and respects. Thus, the righteous may know grief and heart-rending hours at the hands of others. The Lord allows it, not because he doesn’t love the victims or understand their plight, but because he has a bigger picture. A world where persecuters can burn new converts is also a place where believers can make a courageous free-will choice to become like God.

In the moments of pain visited upon us in our lives it is again helpful to understand this is merely act two of a three act play. The story is not completed in the events of this mortal experience. The Spirit spoke in clarion tones to Alma. For all the throat-stopping fear the believers must have known as they were escorted to the fire, their losses would be more than compensated for in the resurrection.

This does not mean these were easy moments for Alma and Amulek as the ashes blew in their faces. Every sorrow is not cushioned nor burn soothed with a balm in this life. Even with a testimony of the resurrection, Mary and Martha mourned the passing of their brother, Lazarus, and Jesus himself wept for them. Though our tears are temporary in this mortal sphere, they are none the less felt.

It was a cruel touch by their enemies, that Alma and Amulek were made to watch the horrific scene, another stroke of devilishness to make the missionaries wonder through the entire scene if they were to be next. Amulek commented to Alma, “Behold, perhaps they will burn us also” (Alma 14:12). Yet, fear for their own fate was an afterthought.It was the love of the people, many of them intimate friends, that decimated the two.

We must not suppose that because one is a prophet or highly endowed with the Spirit that all of pain can be escaped in this life. We see this clearly in our own day through Joseph Smith’s experience in Liberty Jail. Falsely accused, Joseph and five others were cast into a two-story, twenty-two-foot-square stone dungeon with the ironic name of Liberty. For the next four winter months, the Prophet and his friends suffered from bitter cold, unfit food, filthy conditions, and smoke inhalation. On the lower level of the jail, they could not stand upright.

But worst of all for the Prophet was his inability to comfort the Saints and his family in Far West who were being systematically starved and driven from their homes in the middle of winter by the Missourians. Many of the Saints who had cast aside everything to join the Church and gather to Far West were now dying from exposure. In scattered groups, stripped of their worldly possessions, they straggled east through miserable winter weather across the state toward the Mississippi River. Joseph, who had rallied them before and whose strength stood like a Gibralter of protection before them was stuck in cell, his heart aching for their pain and confusion. This is why he finally wrote the words that have echoed through the generations, “O God, where art thou? And where is the pavilion that covereth thy hiding place? How long shall thy hand be stayed, and thine eye, yea thy pure eye, behold from the eternal heavens the wrongs of thy people and of thy servants, and thine ear be penetrated with their cries? Yea, O Lord, how long shall they suffer these wrongs and unlawful oppressions, before thine heart shall be softened toward them, and thy bowels be moved with compassion toward them?” (D&C 121:1-3).

Neither Joseph nor Alma and Amulek were allowed to help their people at their critical hours. Because their work was not yet finished, neither would they die. Just as Joseph had uttered his soul-deep cry, so did Alma. They had been spit upon and gnashed with teeth, they had been stripped naked and deprived of food and water, they had been mocked and scorned, and at last Alma groaned, “How long shall we suffer these great afflictions, O Lord? O Lord, give us strength according to our faith which is in Christ, even unto deliverance. And they broke the cords with which they were bound; and when the people saw this, they began to flee, for the fear of destruction had come upon them (Alma 14:26).

Then the earth quaked and the walls of the prison were rent in twain, and the chief priests were crushed under the descending walls. Their comes a day when we are finally released from bondage. God had not forgotten his prophets, and as he opened his loving arms to receive them, he had not forgotten his believers who gave their life in the fire.

These scriptures you quoted help us remember the purposes of Act 1 and our present Act 2. Daily life needs these reminders.