How the World Evaluates Mormonism: Longevity

A wide array of studies of respected institutions, unconnected with the LDS Church, confirms the “fruits of Mormonism” in many areas including the following: Charity, Youth Development, Health, Longevity, Mormon Women’s Political Firsts, Education, Science, Observations of Guru Peter Drucker.

The UCLA Press Release on their latest study of Mormon longevity summarized: “If you want to live a long healthy life, you may want to take a tip from the Mormons…. A group of actively practicing Mormons in California, followed for a 25-year period, had the lowest total death rates and the longest life expectancies ever documented in a well-defined U.S. cohort. The authors believe the findings suggest a model for substantial disease prevention in the general population.”

These are results from the latest study on Mormon longevity by non-Mormon UCLA Public Health professors James E. Enstrom and Lester Breslow. Breslow is a former Dean of the top tier School of Public Health at UCLA. The Mormon information was drawn from questionnaire responses of 9,815 High Priests and wives.

A staggeringly significant dimension emerged from this study. Seven Mormon lifestyle elements were studied, and each, independently, added to longevity. Thus, the more Mormons follow basic LDS doctrinal and lifestyle elements, the longer they live.

The results of their study were published in Preventive Medicine (February 2008). The authors explain: “Active California Mormons practice a healthy lifestyle advocated by their religion, which emphasizes a strong family life, education and abstention from tobacco and alcohol.” In other writings, Enstrom has referred to the Mormon belief that the body is the Temple of the spirit. In our interview, Professor Enstrom, stated that he had not seen anything since the study was completed that contradicted its conclusions.

The low LDS mortality findings are in harmony with earlier studies of low Mormon rates of cancer. In one instance the benefits of high Mormon adherence to Church doctrines by men was dramatically shown. John Gardner and Joseph Lyon found that the most devout group of Mormons (Seventies and High Priests) had lung cancer rates 80% lower than those in the least devout group. Cancer of the stomach and the leukemias and lymphomas also had lower rates in the most devout group. The most devout Mormon women also had a substantially lower lung cancer rate than the least devout. (American Journal of Epidemiology, Aug. 1982)

Read Part One: How the World Evaluates Mormonism: Charity 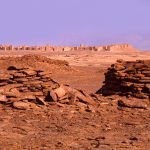 An Ishmael Buried Near Nahom What the Church has said about Halloween 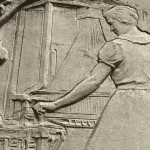 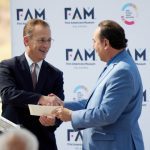