This article was written by Roger Terry.

See the article here.  You can also sign up for BYU Studies email on the same page. 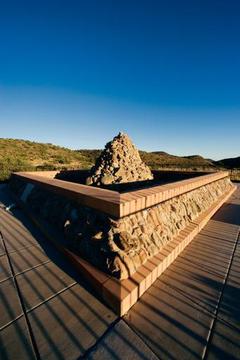 This past week the Bloggernacle has been abuzz with posts, comments, and reactions about the New York Times article titled “Some Mormons Search the Web and Find Doubt.” John W. Welch, editor-in-chief at BYU Studies, ran a daily feature on Tuesday, July 23, informing those who may not know about BYU Studies Quarterly that this journal and several other publications have been dealing with what some people understandably consider “difficult” topics in Mormon history for over fifty years. One of the most well-known of these topics is the Mountain Meadows Massacre of September 11, 1857. It is certainly a difficult event in LDS Church history. While the story does not have a happy ending, the tale has not always been correctly understood.

Forthrightly marking the 150th anniversary of this terrible episode, the Church’s main magazine, the Ensign, published in September 2007 a detailed article about the massacre, which, however, did not appear in the Church’s international magazine, the Liahona. The article was written by Richard E. Turley Jr., then the Church’s managing director of the Family and Church History Department. This article sympathetically tells of the pain and controversy caused by this event. It discusses the miscalculations of those who were involved. It laments that the communication from Brigham Young, written on September 10, in Salt Lake City, arrived in Iron County on September 13, two days too late. It grieves over the lives immeasurably affected by this tragedy. It also reports the aftermath of vilification that has existed on all sides. And, fortunately, it was able to speak of reconciliations that have brought some peace to many who have been affected.

The 2007 article also announced the pending publication, in 2008, by Oxford University Press, of the award-winning book Massacre at Mountain Meadows. The authors were Ronald W. Walker, Richard E. Turley Jr., and Glen M. Leonard, three prominent LDS historians. They worked with full Church approval and encouragement to produce a book that would tell the whole story, a good-faith effort to make public as much information about the massacre as possible.

In conducting their research, they found and made full use of two document collections that had been unavailable to previous researchers. These collections included notes and transcripts of interviews conducted in January 1892 by an employee in the Church Historian’s Office, Andrew Jenson, as well as affidavits and correspondences collected by St. George attorney and judge David H. Morris in the late 1890s and early 1900s. The individuals who gave information to Jenson and Morris were either participants in the massacre or had special knowledge of the tragedy and its unfolding.

The authors of the Oxford book wanted to make all these documents public, and so one of the authors, Assistant Church Historian Richard Turley, approached BYU Studies for help in this endeavor. The result was the book Mountain Meadows Massacre: The Andrew Jenson and David H. Morris Collections and a special issue of BYU Studies, 47, no. 3 (fall 2007). The book contains not just high-resolution photographs of the documents themselves and exact transcriptions of the handwritten pages, but also biographical sketches of each contributor to the collections. The issue of BYU Studies contains summaries of the Andrew Jenson interviews and excerpts from the facsimiles book, as well as two articles by the guest editors, Ronald W. Walker and Richard E. Turley Jr., discussing problems they encountered evaluating the sources and Mormon memories of the tragedy.

The heart-wrenching testimony of William Barton can be found on pages 97-101 of this issue of BYU Studies, telling how Col. William H. Dame (stake president in Parowan and commander of the Iron County militia), on September 9, had reluctantly gone along with Isaac Haight (stake president in Cedar City) in his plan for the massacre, but then on September 11, left before daylight with James Lewis, Beson Lewis, and Barney Carter “on an express to the Meadows, for the purpose of putting a stop to the massacre, Bro. Dame having repented of what he had agreed to do, but these four men arrived at the Meadows too late, the deed having then already been done.” What a difference in history an hour or two would have made!