The Saratov Approach, a gripping thriller about Latter-day Saint missionaries kidnapped in Russia (read my review) has been breaking box-office records and opening in more and more theaters, causing even the legendary Hollywood publication Variety to sit up and take notice. Before it was an independent film phenomenon, however, this story was an actual near-death experience, endured by two terrified young men who found courage and compassion through their faith. 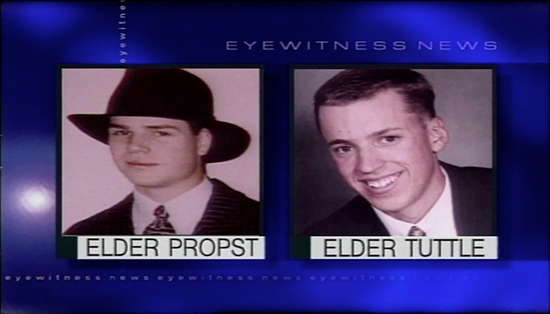 I recently took the opportunity to interview Travis Tuttle and Andrew Propst, the men on whose story the film is based. They shed fascinating insight on the blessings which have come from their experience as well as their thoughts on the film itself, including how accurate it is compared to what actually happened.

JONATHAN DECKER: It’s been 15 years now since the abduction. What emotions does watching this film bring up in you? Is it hard to sit through?

ANDREW PROPST: It is really easy to sit through the movie because it’s so good. The emotions are gratitude and humility. I love to hear how the story of the film has changed people’s lives for the better just as it has changed mine.

TRAVIS TUTTLE: It is not hard to watch, but I have to admit it has been very weird to see a movie about an event that took place in my life and that anyone is even interested in see it.  But I had a lot of the same emotions other people that have seen the movie have experienced – I laughed – I cried and it certainly brought back a lot of memories of what took place in 1998.

DECKER: How involved were you in the film’s development?

PROPST: We spent 24 hours telling the story to Garrett [Batty, the film’s writer/director] in great detail. He recorded the whole thing.

TUTTLE: Andrew and I were extremely involved. Before we gave Garret the ok to make the movie we wanted to make sure it was done right.  Some of the past “Mormon” movies that have been made have been embarrassing.  If this was going to be a movie that was just going to make fun of us or not stay close to what really happened then we were not interested in making it. We would rather have nothing at all than something that was not done right.  Fortunately Garrett did an amazing job taking our verbal description of what happened and putting it on film.  I really did not think that was possible to take our story and be able to tell it so well in an hour and half.

DECKER: How much creative license was taken? Does the film stick to the facts?

TUTTLE: The story is 100% accurate.  There are a few conversations that did not take place or were changed.  For example when we were talking about the Jazz and Bulls… that did not really happen, but it made for good conversation in the movie.  I am actually a [Phoenix] Suns fan and neither of us are really Michael Jordan fans. We did talk a lot about sports, but we spent more time talking about baseball than any other sport.

DECKER: A lot of people speculate, just for fun, about what actor would play them in a film about their lives. What do you think about the actor who played you and his performance? Did you interact much with him?

PROPST: He seems like a great guy. I thought he did a great job. Everyone says he looks too old, but he is a lot better looking than I am. I was hoping for Justin Bieber but Maclain Nelson was a close second. Garrett didn’t want us to mess up the mojo he already established for the character [so] I wasn’t able to talk to him much. I think he did the best he could do to capture who I am. Only Jack Nicholson can be crazy enough to play me.

TUTTLE: I have only met Corbin [Allred] once, but he was a really cool guy. I thought he did a great job playing me for never meeting me or knowing me.

DECKER: Do you know what has become of your captors?

PROPST: Yes they went to jail for four years. [I’ve heard] nothing on the Nicholi front. I would love to talk to him and make sure he is OK.

DECKER: You fell out of touch with your companion for years. How did you get back together? What can you tell us about your reunion?

PROPST: We were united by Garrett. Life got busy and we just moved on. I thought about him [Tuttle] all the time but I am horrible about staying in touch. Now our wives are great friends so I don’t think that will happen again.

TUTTLE: We did fall out of touch.  We lived in separate states and life took us in different directions.  It has been great to get back in touch with Andrew and meet his wife and family. 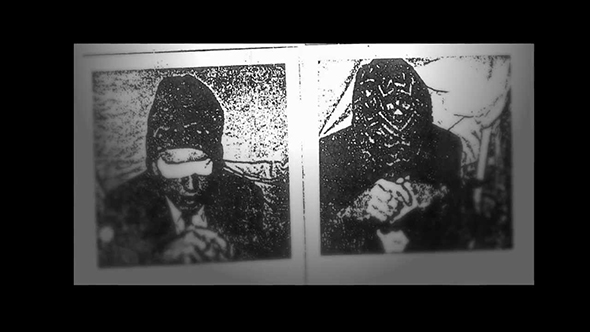 DECKER: How has your abduction affected you, and others, in the time since? Have you seen God’s purposes accomplished in any way because of it?

PROPST: It helps me live in the moment and enjoy every day. We were so close to death. We know how fragile life is. Live every day and make it great for someone.  We are both better people because of that experience.

TUTTLE: Getting kidnaped has changed my life for the better.  It has opened doors that would not have otherwise been opened and it has been a great missionary tool and life tool to speak to others about life lessons.  The kidnapping gave me a much greater appreciation for life and much more respect for people around me.  When I look back at the events that took place leading up to the kidnapping I can see God’s hand and his purpose. It has been amazing to see the effect it has had on people and given them more help.  Andrew and I were just extremely dull tools in the Lord’s tool box. We did not do anything special other than listen to what needed to be done.

DECKER: Does your experience give you pause when considering your own children serving missions in the future? Why or why not?

PROPST: NO! How selfish would that be to withhold them from the same blessing we received from our missions. This was a freak thing that hasn’t happened since in Russia. I hope my kids get called on a mission and I hope they get called in Samara Russia!

TUTTLE: Not at all. Brook and I have four kids (3 boys and a girl) and we encourage them all the time to serve a mission when the time is right. We will not force them to as it is there choice if they serve or not, but I hope they do.  Our little girl who is only 6 said the other day that she does not want to go because she does not want to get kidnapped.  Brook and I laughed and said that probably will not happen. But our kids are young (9, 6, 5, 2) so they do not really understand what happened to me when I was on my mission. We do not really talk about it with them or what really happened – we don’t want to scare them and except for the oldest one we will not let them see the movie.  As you know there are a few violent scenes and since they still get scared in cartoon shows this one will certainly scare them.

The Saratov Approach is now playing in Utah, Arizona, Nevada, Idaho, and Hawaii (find a theater near you). It will be opening in theaters across the United States in December.

Jonathan Decker is a licensed marriage and family therapist, co-host of The KJZZ Movie Show, film critic at www.mormonmovieguy.com, and author of the book 250 Great Movies for Latter-day Families, which is now available for purchase. 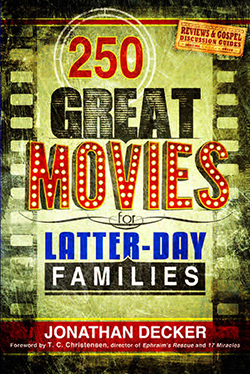 Saw the movie and LOVED it. I rarely go to see PG-13 Movies. I find that I can't go to the temple if I do. That leaves me with Disney or Pixar. I am bored by those and many times, they aren't that great. I challenge Mormon movie makers to make more of this kind of movie. Ones you can sit through with your grandmother or your grandchildren watching and not have to shield their eyes.

My neighbor told me I had to see this movie. He is not the type to recommend movies. My wife Ann and I were just swept away with the tense and emotional journey we were taken on. Tissues were needed often and the joy of seeing two young men hold to the truth and leave the outcome of their lives to the Lord was faith building!