Was Nephi's Bountiful Populated? Does It Matter? | Meridian Magazine

Was Nephi’s Bountiful Populated? Does It Matter?

The answer to the second question – does it matter? – is a resounding yes! Once the long ocean voyage to the New World was behind him, Nephi had the benefit of hindsight as he fashioned the permanent record of the journey. With the imperative to fashion an account that spoke clearly to future generations we can be sure that each word was carefully considered before being laboriously engraved.

The careful reader discovers, therefore, that Nephi paints a vivid, detailed, picture of the place named “Bountiful” and the highlights of the family’s stay there. His text contains an abundance of reasons highlighting the fact that Bountiful was uninhabited.

But why should it matter whether Nephi’s amazing “Bountiful” was populated or not?

Whenever I am asked this I respond from personal perspectives. A goodly chunk of my life has now been spent attempting to place the Old World setting of the Book of Mormon into the real world of the 21st Century. After all, those of us who have a spiritual witness of the book know that it took place somewhere. And, as with the Old and New Testaments, seeing where important events took place adds significantly to our understanding. When it is then anchored in the real world, we can re-read the scriptural account with heightened appreciation for the story being told and its applications to our own life journey. In that sense, therefore, it matters a lot whether Bountiful was a bustling commercial port or a pristine, lush valley.

There are other reasons. As the “keystone” scripture of the Restored Gospel the Book of Mormon remains the chief focus of attacks by those unfriendly to its message. Critics long used Nephi’s enthusiastic description of a fertile place of “much fruit and also wild honey” (1 Nephi 17: 5-6, 18:6), complete with ship-building timber, to claim that the whole story originated in a 19th Century mind. Thankfully, such inaccurate claims are no longer being made; since the early 1990’s the widespread publication of photographs showing a naturally-fertile location in southern Oman have deflected criticism of the book elsewhere, usually to its less-defined New World setting. 1

Unfortunately, it is also true that hurdles to the work of the Gospel often come from within, not without the Church. Cultural Mormons with agendas and usually commercial motivations have always popped up at various junctures, perhaps no more so than in connection with the Book of Mormon. Currently, as most readers would be aware, that is especially true where the New World setting of the Book of Mormon is concerned. For some time now it has also been true of the Old World setting.

All such revisionist efforts have one thing in common: rather than taking the Book of Mormon’s text as the starting point, they work exactly backwards. Whether ego-based, or driven by nationalistic and commercial motives, assembling a new version of what the scriptures are saying always requires that they be taken out of context. According to the preconceived notions or agenda, some passages are given a new emphasis unintended by their author; others are downplayed or ignored altogether. Logic and historical facts are set aside. Truth is the inevitable casualty.

All of this is true of 1 Nephi chapters 17 and 18 where Nephi gives us his description of Bountiful. Rather than accept the Book’s internal statements and focus, some writers continue to promote the notion that Nephi could not possibly have built an ocean-going ship, or sailed it, without relying on the expertise of local ship-builders and sailors. They point to the Khor Rori inlet with the city-fortress of Sumhurum in southern Oman as the only viable candidate. Centuries ago, Khor Rori did indeed function as a major sea port, a place where they suppose Nephi could have been taught ship-building skills and sailing techniques. Indeed, some have even proposed that Nephi may have taken experienced local sailors with him on the voyage.

At the heart of this argument lies the question of whether Bountiful was inhabited when the Lehite group arrived. If it was populated, then perhaps such people were available to assist Nephi. On the other hand, if Bountiful was isolated from other peoples, obviously they were not.

1.   Firstly, it seems clear that the years spent traveling across Arabia was the Lord’s method of de-acculturating the group from their Jerusalem environment and preparing them to create a new civilization. The roughly 2100 miles land journey from Jerusalem to Bountiful was normally covered by trade caravans in just 3-4 months. The challenges of the Lehite journey built the group cohesion necessary for the long ocean voyage that would follow. It beggars logic that such a journey would merely end among pagans amidst all the distractions of a city engaged in commerce.

2.   Nephi required a specific revelation from God to locate ore (1 Nephi 17: 9-10), then he expended great effort to fashion bellows, make fire and smelt the ore so he could make the tools he needed. Such basic items would surely have been readily available to anyone living in or near a populated sea port. 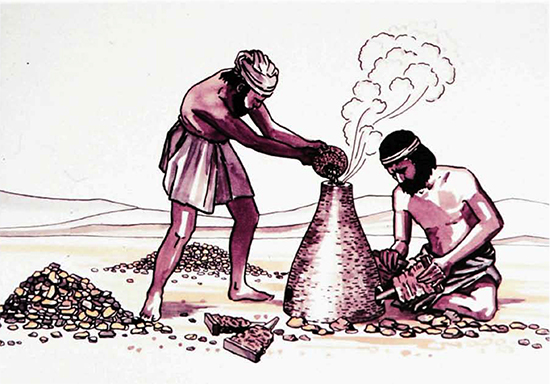 3.   Nephi relied on the labor of his rebellious brothers to build the ship; a populated location would have offered other sources of labor.

4.   Had they arrived at a populated location, the continually dissenting Laman and Lemuel could easily have returned to their beloved Jerusalem in just a few months with the next trade caravan. That they boarded the ship readily, surely their first time on the ocean, when the time of departure came suggests that there were no more attractive options available to them, such as remaining and seeking wealth in a local community.

5.   Finally in this brief summary, one could ask – as many people have once they have seen the possibilities for themselves – why would the Lord lead Nephi to Khor Rori when an unquestionably more fertile place existed just fifty miles away?

Furthermore, Khor Rori’s port is now firmly dated. It did not function any earlier than about 300 BC 2 and thus could not have provided Nephi with ship-building expertise or sailing skills. Not only is this three centuries too late to be of any use to Nephi, there is no evidence that any ships were ever built there. It was a port, not a ship-building center. To begin with, the timber resources required simply didn’t exist.

In far-off northern Oman ship-building timber had to be imported from India; in southern Oman construction of anything more than simple ocean-hugging dhows is unknown.

When all the above is coupled with Nephi’s 12 very specific descriptors of Bountiful (5 of which are not met at Khor Rori in any case), it becomes clear that we must look elsewhere for a location that meets Nephi’s description. 3 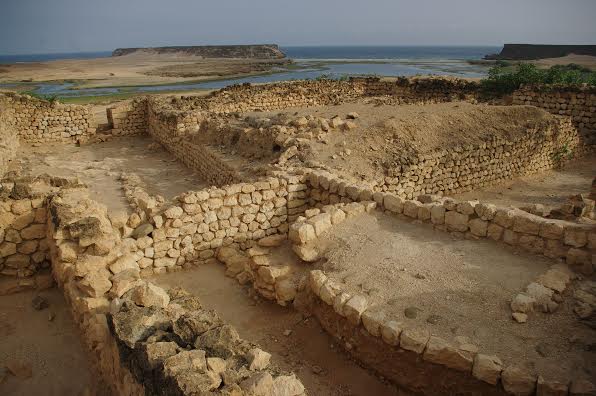 Khor Rori inlet with the ruins of Sumhurum in the forground.

The revisionist view of the Old World Bountiful changes the whole sense of Nephi’s clear account that Bountiful was named because of its abundant fruit and honey and that it also provided the timber necessary. By downplaying these aspects and over-emphasizing seafaring instead, a whole new picture emerges, one unsupported by the scriptures, logic and historical reality.

Those of us inclined to take Nephi at his word find a balanced, comprehensive, picture of his ship-building efforts. He was guided by frequent revelations from the Lord (1 Nephi 17:7, 18:1-3), rather than by local shipbuilders, whom we now know were not present anyway. In any case, Nephi’s ship was expressly not built after the manner of men (1 Nephi 18:2), but was intended for an ocean voyage of a year or more in duration. No such vessels were then being built anywhere. Nephi’s text implies that the necessary timber was at hand, not shipped thousands of miles from India.

Nor, contrary to what some have written, was any pre-departure “shake-down” trial sailing necessary; the text is rather clear that the ship entered the water only on the day of departure (1 Nephi 18:8). And Nephi needed no old salt to teach him how to manage his ship. Once at sea it was guided by the Liahona (1 Nephi 18:12, 21-22) and its crew, rather than by some locals with sailing experience.

Parenthetically, I add that last October, I led 3 LDS tour groups to southern Oman where both sites were fully examined from scriptural perspectives. As with all previous groups who have visited both places, among participants a 100% consensus was reached that Khor Kharfot best fits Nephi’s description.

Just as Nephi wrote, Bountiful was indeed a place “prepared of the Lord” (1 Nephi 17:5). It was set apart and reserved for Lehi and Sariah’s group with all they would need in order to initiate a new civilization in the Americas, one preparatory to the coming of the Messiah six centuries later.

This article is based on material in the authors book, Lehi and Sariah in Arabia: The Old World setting of the Book of Mormon (forthcoming, 2014).

3.   Warren P. Aston, “Identifying Our Best Candidate for Nephi’s Bountiful” in Journal of the Book of Mormon and Restoration Scripture vol. 17 no. 1-2 (Provo: Maxwell Institute, 2008), 58-64 documents the factual errors remaining in other Bountiful models.

While I find the article interesting, and have no reason to doubt the research, I disagree with the idea that it matters whether specific places can be identified from the Book of Mormon story. If it were important to be able to do so Nephi would have been more specific in his descriptions. If I need physical proof of something before I believe then my faith is dependent on something other than a spiritual conviction of the truth. I suppose that could be useful for somebody just learning about the Book of Mormon as a seed on which to build a more enduring testimony.

I totally agree with all you have written and feel that this is the only possibility considering Nephi's description. I appreciate all the effort and expense you have put into this research.