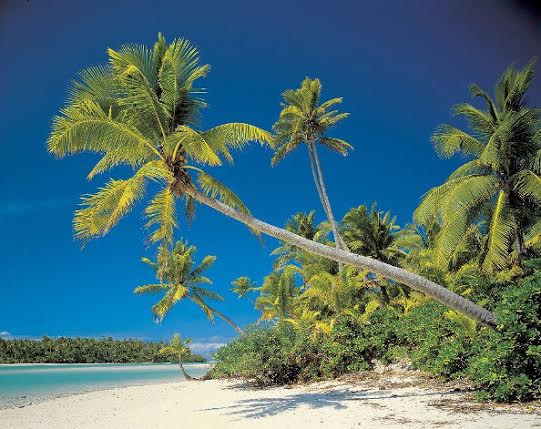 The Possible Role of the Coconut

The iconic image of slender coconut palms rising above a sandy beach is familiar to us, but is also one potentially relevant to the Book of Mormon’s account of Nephi and his ship. Recent research suggests the strong possibility, even likelihood, that the Lehites may have had access to the omni-useful coconut during their years in Bountiful on the Arabian coast. Among other things, its fruit would have provided them food, water, oil, honey, rope and building material. Intriguingly, and almost counter-intuitively, coconut timber is also a seawater-resistant hardwood eminently suitable for ship-building. Long exploited by Indian Ocean island communities in building the hulls of quite large vessels; it could thus have been utilized by Nephi in building his ship.

The Coconut in Seafaring Studies

Until now, the humble coconut, Cocos nucifera, has barely registered in LDS commentary about Nephi’s ship and its ocean voyage to the New World. The focus of LDS writers, including this author, has remained firmly on better-known hardwoods, whether timber imported from India to northern Oman or native woods in southern Oman, such as the various timber species still growing at Khor Kharfot. Coconut has generally been mentioned only with reference to the fiber of the nut from which highly-durable coir rope is made.

Non-LDS writers dealing with aspects of early ship-building and seafaring in the Indian Ocean region have also yet to deal adequately with the role of the coconut. Possibly the definitive text dealing with early Arab ships is George F. Hourani’s Arab Seafaring, in which he only briefly notes the “remarkable” ship-building activity of the Maldives and the Laccadive islands near India, where ships “were built entirely of the diverse products of the coconut tree: hulls, masts, stitches, ropes and even sails…”1 The use of coconut timber in shipbuilding elsewhere was evidently not known by him. Other scholarly sources include early accounts of Arabs journeying to Sri Lanka to harvest the timber and build vessels, including the entire hull, of the wood. 2 Historical sources otherwise leave the use of coconut timber elsewhere in shipbuilding unclear. More recent studies generally fare no better where coconut timber is concerned. 3 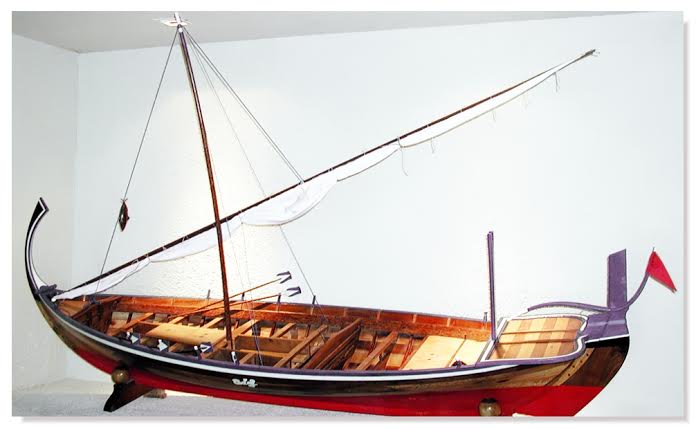 A traditional “Dhoni“ of the Maldive Islands, a ship often built entirely of coconut timber. Image courtsey of Wikimedia Commons.

Because of the first-hand practical details they record, the accounts of two modern ships, re-created in Oman precisely to investigate claims about traditional vessels, are of particular interest. The first was the 80 foot Sohar, built of Indian-sourced timber sewn together with coconut fiber and sailed eastward to China in 1980. It survived the 7 month journey with multiple stops, a testament to the caliber of early Arab shipbuilding. 4 The second voyage was the 60 foot Jewel of Muscat. Built of African timber but also sewn with coconut fiber, it was successfully sailed in 2010 across the Indian Ocean to Singapore where it now resides. 5   In both cases, the role of the coconut palm was limited to keeping the timber of the ships from falling apart; coconut timber itself was not used.

Possible reasons for this neglect by scholars and modern sailors alike of the coconut’s possibilities may include a general perception in Western culture that its utility is limited to being a source of food, water, medicine and rope etc. Furthermore, there seems to be a general view that the coconut’s availability in Arabia has been a fairly modern event, an impression reinforced in recent decades by the large-scale importation of various varieties for commercial development. Recent studies, however, make it evident that the coconut palm has both been present and, at least in the island groups south of India, has played an important role in early seafaring.

Scholars continue to debate the origins and spread of the coconut, for which fossil traces of precursor species date to various epochs millions of years ago. Its origins in the Pleistocene, stretching from about 1.6 million down to 11,000 years ago, are better documented, although the geography remains uncertain. At some point since then, the two modern coconut varieties (“tall” and “dwarf”) seems to have been first domesticated somewhere in the eastern Indian Ocean area, perhaps where the Indonesian and Malay peninsulas now lie.

The data become more numerous and clearer after that time. They leave us in no doubt that the coconut was being utilized for food and construction by early human populations in the Indian and Pacific oceans following the Pleistocene. We have, for example, fossilized coconut pollen in the Cook Islands carbon-dated to between 7890-7750 years ago, and nut remains in conjunction with human traces in Papua New Guinea dated to about 3500 years ago. 6

The earliest known written reference to the coconut is a record that an Egyptian Pharoah had a specimen in his botanical collection, thus placing it about 1650 BC. Another early text is the Susrutas Ayur-Veda, an Indian medical text, dating to around 1400-1000 BC, that includes the coconut among the plants used. In turn, this links with a 415 BC report from a Greek physician named Ctesias who noted that he had seen coconuts while traveling in India. 7   These, and other studies, make it clear that the coconut was well-known and was being utilized in the region long before Nephi’s day. 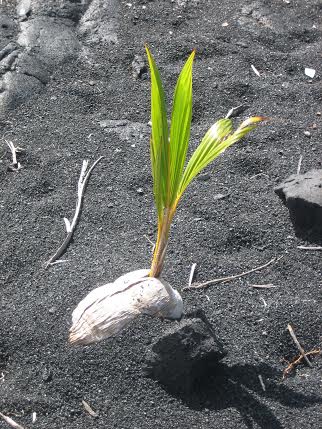 The Coconut in Southern Oman

While little is yet certain about the earliest arrival of the coconut in Dhofar, southern Oman, three logical possibilities exist. In the first place, before any human settlement, a thick-husked, slow-germinating type could have arrived naturally as floating nuts were carried by Indian Ocean currents to become established spontaneously on the monsoon-watered Dhofar coast, where high humidity, salinity and temperatures seem custom-designed for coconuts. The second possible agent for its introduction is human settlers bringing seed nuts or seedlings with them. Of course, these possibilities are not mutually exclusive. In fact, the third and most likely scenario is that wild palms were already present when coastal settlers arrived, carrying a thinner-husked, quicker-germinating type with them. Both coconut types can cross-pollinate and be improved. 8

There is one problem in all of this: coconut palms do not currently grow at Khor Kharfot, regarded by most Book of Mormon researchers as the most plausible candidate for the Old World Bountiful.

Cultivated coconuts do, however, grow just 5 miles from Kharfot at the beach at Rakhyut. 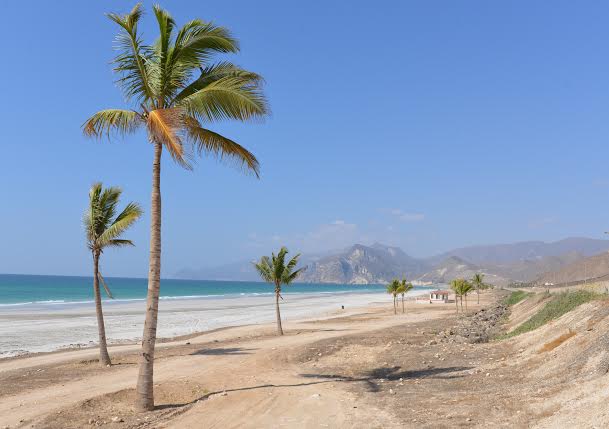 Coconuts growing along the beach at Rakhyut, just 5 miles from Kharfot.

As of early 2014 most scientific endeavors in Dhofar remain in their infancy. In most fields much remains to be done; in a few everything remains to be done. This is true of the history of Dhofar, its flora and fauna today and in the past, and its archaeology and geology. As an example, archaeologically, as of early 2014 the University of Pisa excavations at Sumhurum remains the only ongoing fieldwork. 10

This is pertinent to the situation regarding our knowledge of the flora in Dhofar generally and of the coconut in particular. Species have been generally surveyed, of course, but – as with all the other fields of study – LDS studies have yet to focus on the most potentially-relevant locations for Nephi’s account. A general study of phytoliths, the silica micro-fossils of plants, undertaken in Dhofar by Terry Ball of BYU in 1998, will provide a valuable base-line when future research is undertaken at sites that are potentially relevant to Nephi’s account. 11   That point brings us back to the situation of the coconut.

Clearly, over thousands of years a great many coconuts would have arrived, naturally, by sea in southern Oman. A host of shallow bays and inlets – over 20 along Salalah’s Qara coast alone and half a dozen westward on the Qamar coast – have existed for all that time. Today, only small numbers of wild coconut palms are found at a handful of them. The dessication of recent centuries suggest why wild coconut palms are not seen today in greater numbers. While a wild palm will bear perhaps 25-30 nuts in a year, a cultivated tree can yield up to 75 nuts. In modern times, this fact has obviously encouraged intensive coconut cultivation throughout Dhofar and the importation of other, improved, stock from Asia. The simple fact is that while the coconut can spread naturally and grow wild, it thrives best with human care.

This last fact becomes significant when we consider Khor Kharfot. Because it is isolated from its surrounds by steep mountains and is only readily accessible from the interior deserts, it has only seen periodic habitation over recent millennia. It is uninhabited today. In 1993, archaeologist Paolo Costa made the first proper evaluation of the human traces at Kharfot. 12   He concluded that the oldest ruins dated to the Neolithic, or roughly 4000 years ago, noting traces of human settlement in three ill-defined later periods. It is clear, for a variety of reasons, that despite its unique abundance Kharfot has remained uninhabited most of the time, seeing only intermittent, short-term habitation.

To suggest that Kharfot had wild, or even previously cultivated, coconut palms already growing that the Lehites could have utilized is therefore entirely plausible, but remains unconfirmed. The work needed to establish the various species extant there ca. 600 BC remains to be done. Only dateable coconut shells, or phytolith analysis in association with dateable organic material, can reveal whether they were among the various “fruits” referred to so glowingly in Nephis account of Bountiful.

Should the coconut not appear in such research, there are other native timbers at Kharfot that could have provided material for an ocean-going vessel. But, if the coconut does appear in that era, it means that the Lehites had not only all that this remarkable plant offers, but an additional source of hardwood timber for a ship. If so, our appreciation of the Lord‘s preparation of a special place for Lehi, Sariah and their group (1 Nephi 17:5) will again be further enhanced.

with a very special announcement!

2. Early accounts of Arabs journeying to Sri Lanka to harvest the timber and build vessels can be located in David Parkin and Ruth Barnes, eds. Ships and the Development of Maritime Technology on the Indian Ocean (London: RoutledgeCurzon, 2002) and in Agius Dionisius, Classic Ships of Islam: From Mesopotamia to the Indian Ocean (Leiden: Brill, 2008), especially 148-153.

See the illustrations of the traditional Dhoni (similar to the Arab Dhow) in the Maldives, in Xavier Romero-Frias, The Maldive Islanders: A Study of the Popular Culture of an Ancient Ocean Kingdom (Barcelona: Nova Ethnographia Indica, 2003).

The most comprehensive treatment is currently William Facey, Anthony R. Constable, eds. The Principles of Arab Navigation (London: Arabian Publishing, 2013). This work includes the account of the 2010 Jewel of Muscat voyage from Oman and its attempts to replicate early Arab navigation techniques.

8. Lalith Perera, et al. “Coconut palms on the edge of the desert: genetic diversity of Cocos nucifera L. in Oman” in Biodiversity and Conservation (CORD) vol.27 no.1 (Jakarta: Asian and Pacific Coconut Community, 2011). pp 9-19 specifically notes that Dhofar was “within range” for natural sea dispersal of the coconut across the Indian Ocean.

The observations in Ralf Buckley and Hugh Harries, “Self-Sown Wild-Type Coconuts from Australia” in Biotropica vol.16 no.2 (Lawrence, KS: The Association for Tropical Biology and Conservation, June 1984), 148-151 are relevant to other locations with regard to natural sea dispersal.

9. Ibn Battuta, Al Rihla (“The Journey”) was published in English translation by H.

12. Paolo M. Costa, “Khawr Kharfut, Dhofar: A preliminary assessment of the archaeological remains” in Proceedings of the Seminar for Arabian Studies 24 (London: British Foundation for the Study of Arabia, 1994), 27-33.

I appreciate Jeremy's comments about ancient voyaging. To answer his comment about the Phoenicia expedition, this article was intended merely as a comment on the possibility of a new timber source (the coconut) being available to Nephi, nothing ele. I have dealt with aspects of the Phoenicia sailing in other pieces, notably in the Meridian article titled Sailing with Nephi.