The Problem with a Religious Superiority Complex | Meridian Magazine 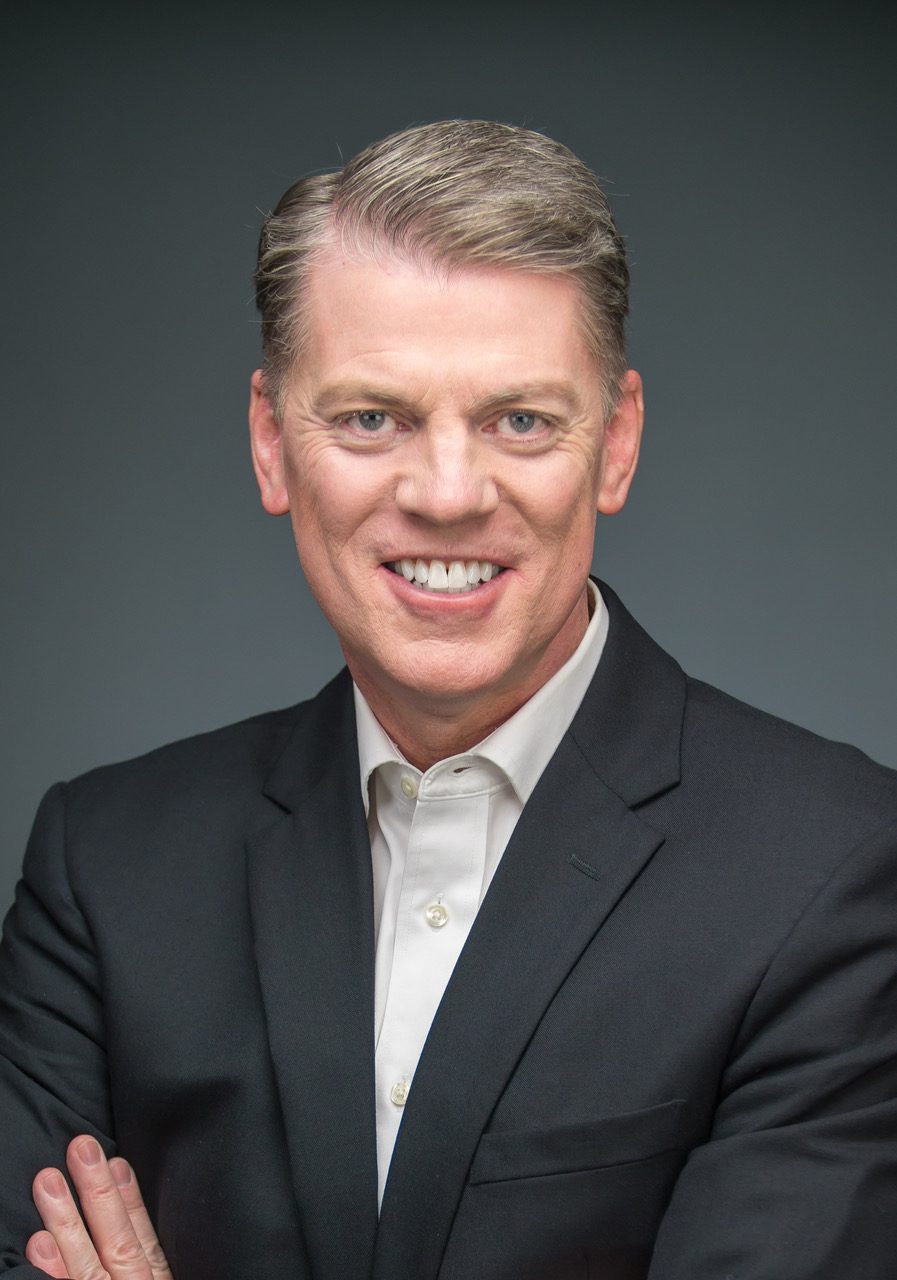 The Problem with a Religious Superiority Complex

The following is an excerpt from the book, Falling to Heaven: The Surprising Path to Happiness, by James L. Ferrell. We will share one chapter or excerpt, with permission, each week.   To see the previous chapter, click here.

Falling to Heaven: The Surprising Path to Happiness is available from Deseret Book. 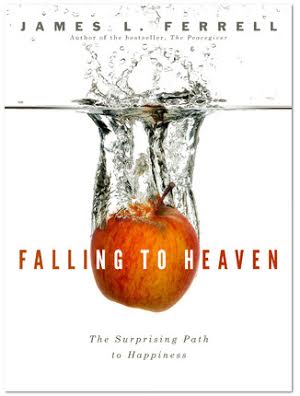 One of the favorite traditions in our stake is our annual “Night of Christmas Choirs.” In the beginning, our ward choirs each prepared a number for the evening. Lately, we have moved toward full stake choirs-adult, youth, and Primary age. But no one comes to hear any of these choirs, as marvelous as they always are. No, our building fills to overflowing because of the love and talent of our annual guests, the members of the choir of a prominent Baptist church in our area. Whatever else happens that evening, we always sing “Silent Night” to start with and “O Holy Night” in benediction.

In between, our members would revolt if we didn’t also hear our friends sing “Amazing Grace” and “Go Tell It on the Mountain.” These have become cherished hymns and anthems for us as well. Every number is spirit-filled, and I’m always struck by how beautifully appropriate it is that these separate bodies of believers come together in praise of our common Lord and Savior during the time of year that reminds us that there should be room for all under any and every roof.

From the first word I ever heard our friends sing in testimony of Jesus, I knew that they loved him as I do. During our latest incarnation of this tradition, I was overwhelmed with the realization that God loves them just as he loves me. Every year, their wonderfully gracious and spirit-filled pastor offers either the invocation or benediction for our meeting. And when he does, he talks with God. I say with rather than to because there is no doubt in my mind that our Father is listening to and guiding his words as much as he has ever listened to and guided mine. In the middle of his prayer this year, I was hit with this realization: How God must love this good man-who, after all, ministers so faithfully to a large congregation of His children! Since the Lord loves all of his children, he must need and want good leaders and caring ministers in all the churches of the world. He wants all of his children to be uplifted, edified, and brought to Christ. How he must pour out his Spirit upon all who are helping that to happen!

A friend of mine has developed a relationship with a religious leader who has spent the last few decades of his life living with and ministering to the needs of the 30,000 or so people who live on and around an immense rubbish dump in Manila known as “Smokey Mountain.” The name comes from the fact that the waste decomposes at such temperatures that it spontaneously combusts.

Conditions there are horrific, as these tens of thousands of people survive only off of what they can find in the dump. How God must ache for these, his suffering children! If his omnipotent eye could be focused only on a finite number of places, surely he would spend more time looking upon and watching over those who are suffering on the Smokey Mountains of the world than he would on his children who, perhaps like you and me, live in what would be historically royal levels of comfort. And how the Lord must love those who minister to and help these suffering ones! How he must pour out his Spirit upon any religious or other leader who puts the needs of the destitute above his own! How he must love the godly souls that fill these needs!

One of the most common phrases in any Latter-day Saint testimony meeting is the declaration that “this is the true church.” And so we believe it to be. The priesthood keys that enable the performance of all the necessary ordinances of salvation were restored to the earth through the Prophet Joseph Smith. This is among our testimonies. However, we risk becoming as the Zoramites if we think that being a member of the “true church” makes us the “true people” and others the untrue. With a little reflection, it becomes obvious that one of the foundational teachings of the Church is that mere membership in it does not make one better than anyone else. Jesus’ vehement rebuke of the Jews who thought themselves better merely because of their lineage174 applies to those, as well, who might think themselves better because of their baptism.

One might strenuously object to this thought with a question like this: “So are you saying that being baptized a member of the Church isn’t necessary?” To which I would answer, “That is not at all what I am saying. Baptism and all the other saving ordinances of the gospel are essential, and the members of the Church in these latter days have been chosen for-that is, charged with-the responsibility of taking those ordinances to the world. But to be chosen for responsibility is not at all to be designated as superior. We have been given an obligation, not a stamp of approval.”

Like those I felt superior to on the highway, the Baptist preacher who closed our meeting and the Catholic priest who ministers to the poor of Smokey Mountain may be far truer to God than I am. This is one of the implications of the doctrines of the Lord’s true church. What a blessing it is to believe in a gospel that won’t allow us to use it as proof of our own goodness relative to others! Jesus could have called the elite to be his apostles, but instead he called the unimpressive, the reviled, and the poor.175 Jesus could have made the chosen people into the heroes of his parables. But he didn’t. He told of priests and Levites passing by on the other side and elevated the reviled Samaritan to the role of savior.

Who received his praise for an honest payment of tithe-the one who paid most? No, the one who paid just barely more than nothing.177 “God hath chosen the foolish things of the world to confound the wise. . . . And base things of the world, and things which are despised, hath God chosen, yea, and things which are not, to bring to nought things that are.”178 Why does God choose the foolish and the weak and the base and the despised? So that “no flesh,” Paul said, “should glory in his presence” but rather “glory in the Lord.”179

“Every thing which inviteth to do good,” Mormon taught, “and to persuade to believe in Christ, is sent forth by the power and gift of Christ; wherefore ye may know with a perfect knowledge it is of God.”180 That suggests, it seems to me, that the good preacher who is teaching others to glory in Christ and to love their neighbors is doing God’s work and preparing people to one day accept anything more that needs accepting. “[Since ye now] know the light by which ye may judge,” Mormon continued, “see that ye do not judge wrongfully; for with that same judgment which ye judge ye shall also be judged.”181

Being a Mormon, like being a child of Abraham, brings obligations but not assurances. The temple work we believe is essential for mankind makes this very point: we are entrusted with the responsibility to do it for our fellow man, and our very performance of those ordinances on others’ behalf testifies that those who were not members of the Church in this life can nevertheless receive all the blessings of exaltation.

Clearly, when we declare ourselves better based on our actions or our beliefs, we do so at our own peril. The only comparison that is relevant is our comparison to God, and on that scale all of us are found wanting. If we apply Alma’s teaching and “acknowledge [our own] unworthiness before God at all times,”182 we will keep ourselves from the grave sin of regarding ourselves superior because of our associations with what we regard to be superior things. It is well to be grateful for those associations, but hateful to regard ourselves as exceptional because of them.

Excellent article! Makes me want to read the book. I really love how brother Ferrell has put into words what I have felt on so many occasions while attending worship services with our Christian friends. The "superiority complex" is too often a prevalent feeling and attitude across nearly all denominations, and as LDS we are certainly not immune,especially for those who have spent their entire lives inside of Utah). There is tremendous value in spending a few years outside of "Zion" to appreciate just how not-so-special we really are. I liked the quote by brother Ferrell that says: Baptism is "an obligation not a stamp of approval." As the Lord said, "God can of these stones raise up children unto Abraham. but do ye the works of Abraham." There is no easy short-cut to salvation. We have been blessed by the vehicle of the church and its programs, so that hopefully the Gospel will eventually manifest through us. Mere membership is no panacea. It would be like joining a fitness club and expecting the promised health and vigor while failing to actually go and use the facility.

Re: Herm Olsen comment: Not my call. It was the Lord who set out the requirements for the Celestial Kingdom in D&C 76:50-70. No one can get there without receiving the ordinances and obeying the covenants of the Melchizedek Priesthood.