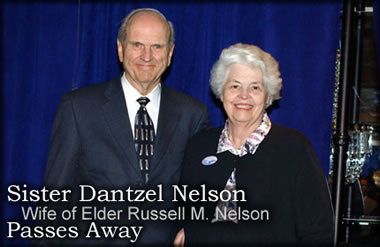 Photographs, unless otherwise noted, were taken by Scot Facer Proctor in Warsaw, Poland, May 9, 2003.

SALT LAKE CITY — Sister Dantzel Nelson, wife of Elder Russell M. Nelson, passed away unexpectedly Saturday evening at her home in Salt Lake City. Elder Nelson was with his wife at the time. The cause of death was not immediately known. Funeral arrangements are pending. 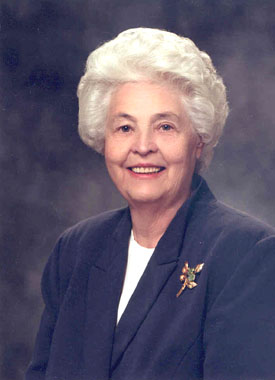 A sister’s childhood illness created a lifelong impact on Dantzel White Nelson. As a preschooler, she participated in singing lessons orchestrated by her bed-ridden sister. After the older sister’s lengthy convalescence and return to Box Elder High School, she invited Dantzel to perform on numerous school assemblies. The three-year-old’s love of musical performance blossomed from that time on and she spent a lifetime singing. 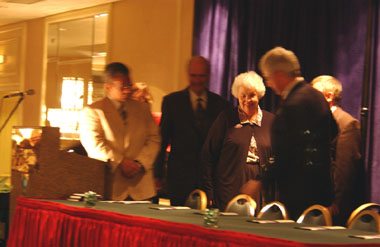 Dantzel White was born 17 February 1926 on the family farm in Perry, Utah, to LeRoy Davis White and Maude Clark White. The Whites had a family of seven children, four sons and three daughters. Dantzel graduated as the “Outstanding Senior Girl” at Box Elder High School in nearby Brigham City, then attended the University of Utah on scholarship. Awarded a bachelor of science degree in education with a secondary certification, she taught music and speech at the Hawthorne Elementary School in Salt Lake City and took a teaching assignment in Minneapolis the following year. 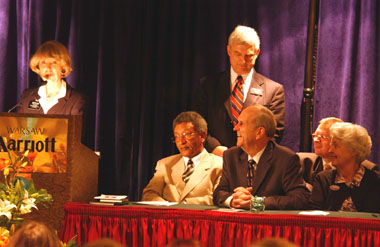 Marvin Gardner wrote about the setting of the Nelson’s courtship:  “In college [Russell] decided to study medicine. He did well in his studies, was a member of several honor societies, and received his B.A. degree in June 1945. By that time, he was already well into his first year of medical school, and he completed the four-year course in three years. In August 1947, he was ‘a full-fledged M.D.’ at age twenty-two, having graduated with highest honors. 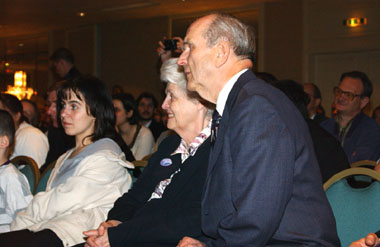 ”In the meantime he had met and married Dantzel White. She was a lead soprano in a university play Russell had been persuaded to participate in [the Broadway-bound musical, ‘Hayfoot, Strawfoot’].  When he met her and heard her sing, he was smitten: ‘She was the most beautiful girl I had ever seen, and I sensed that she was the one whom I would marry.’ He needed no further motivation to perform in the play, and they were married three years later, 31 August 1945, in the Salt Lake Temple. Dantzel completed her bachelor’s degree and taught school until the birth of their first child.” [1] 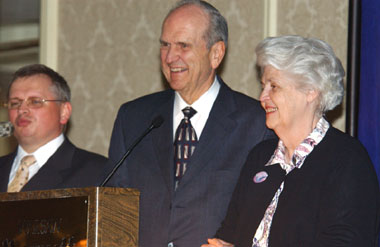 Accompanying her husband as he pursued his medical education, the pair lived in Minnesota, Washington D.C. and Boston before returning to Salt Lake City in 1956. 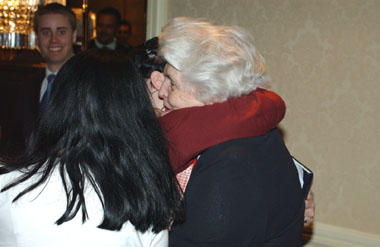 Though family concerns and issues occupied Dantzel’s life as she tutored her houseful of children, she took time to serve in the community and in church. Always involved in the educational activities of her children, Dantzel participated in PTA service in the schools. She was a member of the Mormon Tabernacle Choir for twenty years.

The untimely passing of her daughter, Emily, a young mother of five children, counted as one of the most difficult experiences of Dantzel’s life. Shared family experiences surrounding Emily’s death brought the rest of the Nelson family closer together.

Events in the extended Nelson family were chronicled monthly in a detailed and illustrated newsletter originated by Dantzel. In existence for more than twenty years, the Nelson News provided a solid bridge to family communications and relationships.

Supporting her husband, Elder Russell M. Nelson who was called to be an apostle in The Church of Jesus Christ of Latter-day Saints in April of 1984, interacting with her large family and delighting in good music gave Dantzel Nelson a full and rewarding life. 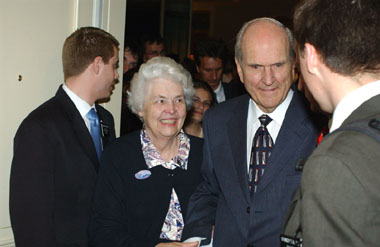 Elder Nelson summed up his feelings for his precious wife as he was called to the apostleship (which was appropriate then and appropriate now): 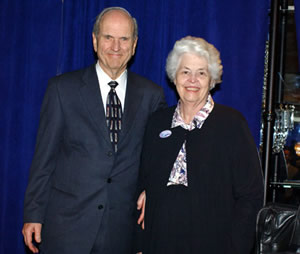 “To my dear Dantzel, I acknowledge my debt, as well as my eternal love. She is the fountain from whom flows the nourishing love in our home. Her sacrifices to bring our ten wonderful children into this world, teaching and training them, while always supporting me without a murmur through my responsibilities in the Church and in my profession, are monumental. We love our eight sons-in-law as our own, and are so grateful for an unbroken string of temple marriages that link them to us forever. For those precious grandchildren already here and for the others on the way, we express our gratitude.” [2]