In the Due Time of the Lord | Meridian Magazine 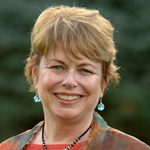 In the Due Time of the Lord

In the Due Time of the Lord
By G. G. Vandagriff

On my dresser sits a picture of the Savior given to me by a dear friend, captioned by the quote:  “Be faithful and diligent in keeping the commandments of God, and I will encircle thee in the arms of my love.” (D & C  6:20)  This has been a great comfort to me.  The events of this year have convinced me beyond doubt of the truth of these words.

For the past twenty-five years, I have suffered in varying degrees of severity from depression and anxiety disorder.  I have been hospitalized many times.  In fact, this is a genetic illness that can be traced back as far as I can go on my family tree.  I am the first sufferer that I have discovered who has not been institutionalized for life.

For years, I have prayed that this illness would be taken from me.  The greatest peace I was ever able to find came in the temple, where I worked two days a week and served often as a patron.

But April Conference, 2006, found me in such terrible straits that I was obliged to ask for a leave of absence from my work there, so severe were my panic attacks.  In wretchedness, I listened to Elder Jeffrey R. Holland’s address, “Broken Things to Mend.”  We had conference tickets, and I sat in wonder as Elder Holland described my state of mind:

I speak to those who are facing personal trials… those who endure conflicts fought in the lonely foxholes of the heart, those trying to hold back floodwaters of despair that sometimes wash over us like a tsunami of the soul.  I wish to speak particularly to you who feel your lives are broken, seemingly beyond repair.

He proceeded to counsel us that the:

surest and sweetest remedy I know… is found in the clarion call the Savior himself gave… “Come unto me, all ye that labor and are heavy laden, and I will give you rest.  Take my yoke upon you, and learn of me; for I am meek and lowly in heart: and ye shall find rest unto your souls.”

His next words arrested my soul:

He is saying to us, “Trust me, learn of me, do what I do.  Then when you walk where I am going, we can talk about where you are going, and the problems you face and the troubles you have.  If you will follow me, I will lead you out of darkness.”

My husband downloaded that talk onto an MP3 for me and I listened to it daily, sometimes several times as I endeavored to come through my panic attacks.  I visualized Peter walking towards the Lord on the water, full of faith and then, like me, doubting and falling into the water.  Drowning.  But the Savior’s arms were stretched out to him.  He was rescued in spite of himself.

Faith had always been hard for me, because as one depressed, I was without hope.  This condition was endemic to my illness.  As Elder Holland suggested in his address I studied Alma 32.  I had the desire.  I gave, as he counseled, a “small place for the promises of God to find a home.”  In my despair, I spent hours on my knees petitioning the Lord.

It is often through those close to us that the Lord answers our prayers.  One day, as I was visiting teaching a new sister with a new companion, I had a panic attack.  Neither of them knew about my illness.  My husband is bishop of a singles ward on BYU campus and we had been serving there for two years, so aside from visiting teaching, I was very cut off from the members of my home ward.

As I explained to them, apologetically, the nature of my illness, both sisters became very concerned.  They suggested a Relief Society fast.  I begged them not to do this.  There were too many other sisters who had far more serious problems.  Nevertheless, without my knowing it at the time, my visiting teaching companion called several sisters and asked them to fast for me.  I don’t even know who all of them were.

I had another close friend who was my walking companion.  She knew a lot about mental illness and had watched my recent decline with growing alarm.  I had lost so much weight I was skeletal.  I trembled constantly.  I was afraid every minute of every day.  I was angry that my one healing balm – temple service – had been denied me.  I was bound by a blackness so profound I had great difficulty perceiving any light.

She told me, “GG, you are very sick.  I’ve watched you.  You need to go to the doctor.  There must be something they can do for you.”  I told her, that on the contrary, my psychiatrist had told me there was nothing he could do for me.  Every drug had been tried.  Every treatment, even electro-convulsive shock therapy, had been experimented with.  I was on my own.  As my therapist had told me, this was the way my body was wired.  She persisted, begging me to give it one more try.

Without much hope, I made an appointment with my family doctor, a personal friend in my ward.  I thought at least he might be able to give me something to alleviate my immediate symptoms.  I wasn’t able to get into see him until the Tuesday of the following week.  I didn’t know it, but that was the day my friends were fasting for me.

When my doctor entered my cubicle, before I could say a word, he asked me what medications my psychiatrist had me on for depression and anxiety.  I told him.  He said, “Let’s see if we can do better than that.  I found out about a new medication yesterday.  I have some samples.  I’d like you to try it.”  He also gave me another medication to take with it.

Without much hope, I took those medications that night.  I had been down this road many times before.  I knew anti-depressants took weeks to work.  I had very little hope, but I was exercising my particle of faith.

The next morning, when I opened my eyes, the blackness was gone.  Beautiful light streamed through my bedroom window, and a feeling of deep spiritual well-being filled my soul.  Fear was gone.  I was anxious to go forth and begin this new day.  I couldn’t believe it.  I sat up.  The world whirled around me.

Side effects.  Was I going to be able to tolerate this new medication?  At that moment, I decided I didn’t care if I had to live as an invalid, as long as I could be emotionally and mentally healthy.  I called my doctor and he assured me, that in time, the side effects would go away.

Over the next three weeks, I gradually began to feel better physically.  Emotionally, I improved daily.

I spent more time on my knees.  This time it was in tearful gratitude for the answer to twenty-five years of prayers.  At last the magical chemicals had been delivered to my brain that caused the synapses of my nervous system to function as they should.  When I went again to my therapist, he said, “Your family doctor was clearly inspired.  If you had gone to a psychiatrist with the symptoms you presented, he never would have put you on those drugs.”

I can pray in faith now.  I have been encircled by the arms of my Savior’s love.  I know my Master and he knows me.  He has always known and loved me, but because of the mortal body I inherited, I was prevented from feeling it.  Now, thanks to the grace and power of the atonement of Jesus Christ, I have been enabled to change.  I can manage my illness.  It is a miracle I never expected in mortality.