The Bait and Switch in Marriage « Meridian Magazine

The Bait and Switch in Marriage 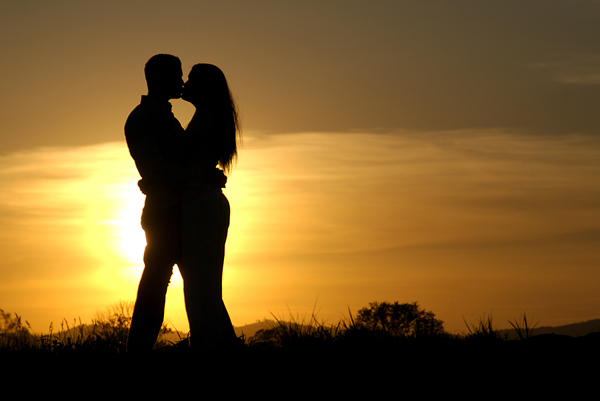 “What happened to my wife? She used to be so affectionate before marriage!”This expression is often heard from husbands who wonder how their marital relationship could turn out so differently than they expected. One husband shared his experience as follows:

“Before we were married my wife was very into the idea of being intimate and was looking forward to it. You could tell that her drive was high. But after we got married — like very shortly afterwards — her drive disappeared. She swears that it’s not me or my performance, but that it’s just her. She says she just doesn’t know what to do about it, and wants her sex drive to kick in again much like her desire to be a mother kicked in again after we had our first child.”

I’ve been gypped. She pulled a bait and switch on me. My wife was so affectionate before marriage. Now she won’t even let me touch her. Our lovemaking happens only occasionally, and it’s very empty emotionally. Her body is there, but her heart isn’t. I feel deprived and neglected. I’m an easy-going guy, but my wife makes me feel like a sex maniac. I don’t know what’s wrong. It’s like she’s turned stone cold. I feel like I’m walking on eggshells all the time and I never seem to get my needs met. Surely this isn’t how marriage is supposed to be. I always dreamed that intimate relations would be part of a healthy and happy marriage.

Marriage is a Surprise Grab Bag

It’s true that marriage is a surprise grab bag. You can never really know what you’re going to get. Marriage, like life, is an adventure that has inevitable surprises, delights and some curve balls too.

Specifically speaking of what often happens with women and this bait and switch in marriage, here are fivespecific areas for couples to address to shift their relationship: (1) Attention, (2) Affection, (3) Anticipation, (4) Reality,and(5) Education.

1. Attention. The time and attention a woman receives from her “boyfriend” prior to marriage really feeds her loving feelings, which makes her feel close and connected emotionally to her husband.

That emotional connection provides emotional foreplay that allows her to feel sexually attracted to her husband. When after marriage that time and attention diminishes, it is harder for a woman to feel as emotionally connected, which increases the difficulty of her having romantic feelings towards her spouse.

2. Affection. As a marriage and sex therapist, I hear it over and over (especially from wives) that once sex enters the marital relationship then affection seems to be kicked out the back door.

Affection–without strings attached–is so important in a relationship not only for women, but also for men.Both husbands and wives often find themselves “touch” deprived in marriage because they overlook the need to enjoy non-sexual touch and affection as a pleasure in its own right.

Showing the importance of affection to women, columnist Ann Landers asked women “would you be content to be held close and treated tenderly, and forget about the sex act?” More than 90,000 women responded and said “Yes!” Think about that. You can see how important the emotional and non-sexual niceties in marriage are to a woman.

So, men, keep up on the affection in marriage–especially without it leading to something else! This can help you both not only feel close and connected, but can also help women be more willing and able to move from physical and emotional closeness to sexual connection.

3. Anticipation. In marriage a woman’s sexual fire is fueled as much or more by the anticipation or build up of sexual excitement as the main event itself. Anticipation is a key component of a wife’s sexual wiring.

Prior to marriage women get to bask in the anticipation of sexual intimacy and those pre-sexual intimate feelings knowing that it can’t or won’t go any further.

So, in marriage when a couple can follow through on the physical act of lovemaking, and yet the emotional fuel has diminished, you can see how a husband might interpret the difference as a bait and switch in marriage.

4. Reality.When the realities of life begin to set in in marriage it can have a dramatic effect on the intimate relationship. The anesthesia of premarital bliss tends to wear off a bit when there are bills to pay, dishes to do, and babies to tend to.

Those inevitable stressors of family life tend to increase the need for sexual intimacy in men, since lovemaking is a natural stress reliever.

So, with new babies and the demands of little ones, the reality of sleep deprivation may be one of the leading culprits for young moms when it comes to diminished sexual feelings toward their spouse.

5. Education.The overriding issue for a lot of women in a bait and switch situation is that they are often unaware of what lovemaking and their God-given sexuality is really all about.

0001pt; line-height: normal;”>Given that there is so little positive affirmation of sex and sexuality (and so much negative) even within marriage, many wives have simply not identified themselves as sexual beings nor embraced their sexuality as good and of God.

This is where many couples will need the help of good books, like And They Were Not Ashamed–Strengthening Marriage through Sexual Fulfillment, or even a good counselor that is versed in the intricacies of intimacy to help them see where they may be having some difficulties.

While some may expect a wife’s desire to just show up like one’s mothering instincts, it’s important to remember that a mutually fulfilling sexual relationship is a learned behavior for couples–grounded upon healthy understanding and healthy attitudes regarding male and female sexual wiring, as well as one’s own sexuality.

The key for those who may be facing a bait and switch situation in marriage is to talk with their spouse about these five issues and see where they may need to make some adjustments. These are just a few of the key issues that may be at play in this marital scenario.

Marriage and intimacy expert, Laura M. Brotherson, MS, MFT, is the author of And They Were Not Ashamed-Strengthening Marriage through Sexual Fulfillment, and host of “The Marital Intimacy Show.” Visit her website www.StrengtheningMarriage.com to learn more.

When it comes to problems with intimacy why is the tendency to immediately focus on how the husband should be giving more to his wife?Shouldn't this issue be addressed fairly and equally?If so, perhaps you would be kind enough to put together an article that clearly describes what the wife should be giving to her husband, as well.

I am starting to understand realize my wife's need for non sexual touch but I do not understand why she doesn't ask for it. Its as if I have to read her mind or she thinks I am just giving her what she wants so I can get sex. Why the game?