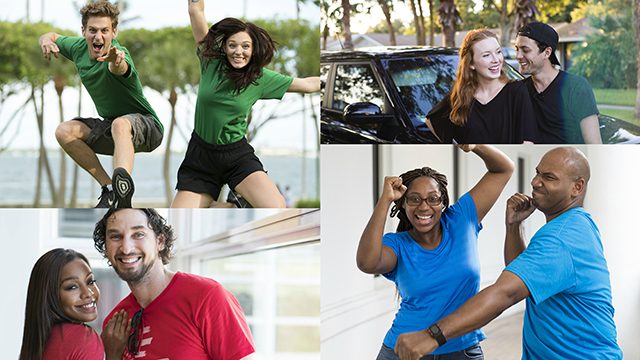 BYUtv’s Race to Find Your Relatives

Relative Race is what happens when reality television meets genealogy—it’s an engaging competition show with a positive, family focused spin. Provided with nothing but a paper map, a rental car, and an old-fashioned flip phone, each couple receives daily instructions via text message to complete unpredictable challenges that provide clues about who their relative is and where they live. The catch is that GPS and Internet are forbidden! The innovative technology of AncestryDNA matches each couple with ten relatives over the course of the race. Cameras follow the couples’ respective journeys, capturing authentic, unscripted moments. Each night, the team that takes the most time to compete their challenges and find their relative receives a strike. If a couple receives three strikes, they are eliminated from the race. At the end of the race, the winning team walks away with a cash prize.

“What sets Relative Race apart is that we’re searching for the best in people, and that we’ve created programming with a purpose,” said Dan J. Debenham, host of the program. “It truly goes hand-in-hand with BYUtv’s mantra to ‘see the good in the world.’”

BYUtv’s original programming lineup includes the long-running sketch comedy series Studio C, which has received over 800 million views on YouTube; Random Acts, a fun-loving hidden camera show that pulls pranks with a purpose, and more. BYUtv is available in every state of the country via cable, satellite, and several digital media platforms including byutv.org.

Here’s a preview of Relative Race.

I want to do this. I desperately want to find my relatives!