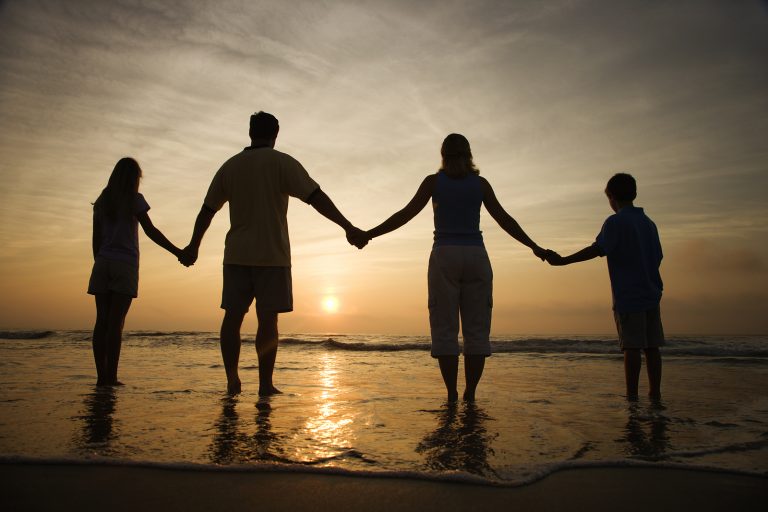 When a family circle is not complete, we can’t feel the connection we need to make us whole. To close this circle and seal the family together is worth every effort that we can make.   President Thomas S. Monson said, “My brothers and sisters, temples are more than stone and mortar.  They are filled with trials and testimonies.  They are sanctified by sacrifice and service.”

President Monson continued, “Why are so many willing to give so much in order to receive the blessings of the temple? Those who understand the eternal blessings which come from the temple know that no sacrifice is too great, no price too heavy, no struggle too difficult in order to receive those blessings. There are never too many miles to travel, too many obstacles to overcome, or too much discomfort to endure. They understand that the saving ordinances received in the temple that permit us to someday return to our Heavenly Father in an eternal family relationship and to be endowed with blessings and power from on high are worth every sacrifice and every effort.”

My dad never knew his father.  He had long wanted to make the long trip from Utah to meet him, but news of his father’s death in Minnesota in 1961 took away that dream. His parents had immigrated to Chicago from Sweden in the 1920s and then unfortunately split up shortly following his birth. At the insistence of my dad’s grandmother, a Mormon convert, his mother took him west to Salt Lake City to be near family.

My dad was an only child. His mother, or Farmor (Swedish for “father’s mother”) as I called her, supported herself and my dad by cleaning apartments and buses. Farmor never spoke of my dad’s father, but Dad always wondered about his father and the paternal side of his family. His  journey to find his father began when my mother ordered and received  Farfar’s (father’s father) Minnesota death certificate, which disclosed his date of birth, the names of his parents, and his place of birth—Arvika, Sweden.   Miracles began to happen.

Because of this birth certificate,  years later (before the internet) as a college student I spent many hours sifting through microfilm frames of Arvika city records at the old Genealogical Library (now Family History Library) in Salt Lake. One exciting day I found Farfar’s family in Arvika’s country records in the tiny village of Perserud northeast of Arvika, Sweden, followed by a cascade of ancestral lines for generations. (Many Swedish Lutheran church records from ArkivDigital are now digitized and can be found at FamilySearch.org and MyHeritage.com, a FamilySearch partner site available for free to LDS members).  Over time, we have been blessed as a family to draw closer to my father’s ancestors by learning of them through their records and performing the temple ordinances for them.

On a trip to Scandinavia with a friend, I contacted a Swedish member of the Church who drove us to Perserud, where we met an elderly gentleman who actually knew Farfar before he immigrated to the US! He brought us to the old family home!  We knocked on the door and were warmly welcomed by the current resident who presented me with old family photos she had found in the walls of Farfar’s home while remodeling. She also showed me a release of title document for Farfar’s family property in Perserud. It listed the names and addresses in America of seven of my dad’s half siblings our family didn’t know about.

I returned home and shared the exciting news with my dad. He was amazed and excited at the thought of actually having siblings!  Although initial efforts to contact them from the old addresses were in vain, by using directory assistance years later, I succeeded in finding a phone number for my dad’s half –brother now living in Minnesota where Farfar was buried. He was both dumbfounded and ecstatic to learn the whereabouts of the older brother he knew he had through family stories but had no hope of ever meeting. Excited phone calls crisscrossed the country connecting my dad and his half-siblings.

The family made the trip to Minnesota where a joyous reunion took place and my dad, raised as an only child, met most of his brothers and sisters and their families for the first time. We were warmly welcomed as long-lost family. Stories and pictures were eagerly shared to fill in many blanks in our family story. It’s hard to explain the happiness we have all felt through these new family connections.  President Joseph F. Smith stated, “Through our efforts in their behalf their chains of bondage will fall from them, and the darkness surrounding them will clear away, that light may shine upon them and they shall hear in the spirit world of the work that has been done for them by their children here, and will rejoice with you in your performance of these duties. ”Quoted by President Monson in The Holy Temple—a Beacon to the World.  Gen. Conf. April 2011

We are grateful for the many miracles that combined to complete our family circle. This experience has deepened my personal testimony that, as hearts are turned, family history blesses not only the fathers but their children as well.

I loved this reunion story! It gives those of us who are looking the hope to keep looking and trying to complete the circle. Also, it reminds me that we'll have a reunion with our Father in Heaven and our many other loved ones if we'll keep the commandments and endure to the end.