Discovering the Word of Wisdom: Before and After Photos | Meridian Magazine 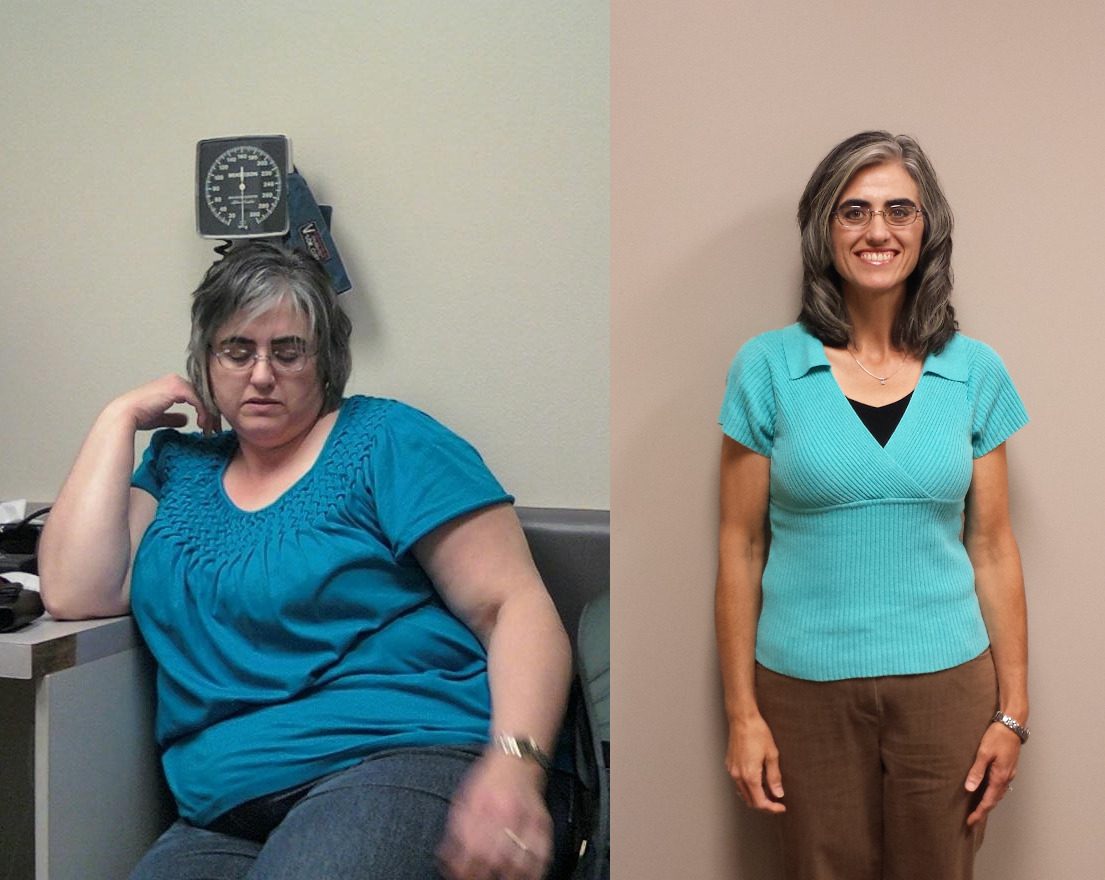 Discovering the Word of Wisdom: Before and After Photos

This article is part of a series on Discovering the Word of Wisdom. To view all the articles in this series, see Featured Author Jane Birch.

If you’ve watched “Discovering the Word of Wisdom: A Short Film” you may recall a series of amazing before and after photos about five minutes into the video. (If you haven’t seen the video yet, I hope you’ll take the 12 minutes to watch it: video link). Today I’ll feature some of the stories behind these before and after photos. Each one tells a powerful tale of the blessings that come from embracing a Word of Wisdom diet. I love these stories; they are about much more than weight loss. They are about faith and hope!

When Maria weighed 265 pounds, she was pre-diabetic. She also had a high liver count, acid reflux, and high cholesterol. Considering that diabetes and heart disease ran in the family, she knew she was headed for trouble if she followed these familial footsteps.

After watching the documentary, Forks Over Knives, Maria switched to a whole food, plant-based (WFPB) diet. She lost about 25 pounds in the first nine months, but she was struggling to make the diet sustainable. Whenever she went off plan, she found her cravings came back, and she did not feel well, but she decided it was not worth it to quit. Fortunately, she found a structured WFPB program (Protective Diet) that helped her find success and make her new way of life sustainable. Following this plan led to losing an additional 97 pounds without counting calories, points, or measuring food and with very little exercise. She never felt deprived or hungry and was able to lower her cholesterol, normalize her liver count, and eliminate her need for acid reflux medicine. As a bonus, her skin is no longer oily and her activity level has naturally increased. In August 2014, she ran her first 5K!

Maria says of her journey:

People ask me about having a cheat day. Every day feels like a cheat day to me. I don’t feel I have given anything up, other than my bad health. I have been able to stay on plan and make this a lifelong change to better health. This way of life can be sustainable, enjoyable and is definitely doable. . . . I know that Heavenly Father guided me on this journey. When I was about to give up, he helped me find a whole food, plant-based diet that was sustainable and enjoyable. . . . Reading and studying D&C 89 was a confirmation that I was on the path Heavenly Father wanted for me.

Read Maria’s entire story: “Every day feels like a cheat day to me.” (Note, she lost additional weight after this story was first posted.)

Growing up, Jeff Sorenson was always a little “pudgy.” After marriage, this only got worse. Although his weight went up and down over the years, it was mostly up. Occasionally, dieting brought it down, but dieting always made him feel hungry and the weight loss was not sustainable.

When Jeff was called to be the stake patriarch in 2005, he gave up swimming due to the environment at the pool. Eating the standard American diet (SAD), his weight slowly increased by just half a pound per month, but by February 2012 he had reached his highest weight ever: 262.5 pounds. Worse, there was no end in sight! He knew he wasn’t healthy.

Fortunately, just at this time, he was introduced to a whole food, plant-based diet through the documentary Forks Over Knives. Though reluctant, his wife Judy was willing to try it with him with the hope of curing her life-long debilitating headaches that would last up to several days at a time. When they changed their diet, Judy’s headaches disappeared, and over the next eight and a half months Jeff lost 80 pounds.

I have noticed several things since changing my diet. Former aches and pains and physical issues have resolved themselves. I also believe that my mind is clearer and feels younger. I find that I am a much calmer person. I also have more energy. Whereas I would fall asleep just sitting somewhere and also become drowsy when driving, I am more invigorated now! Another difference in eating this way is that I can get full and never feel hungry! . . . by following all the recommendations contained in the Word of Wisdom we will not only be able to “run and not be weary and walk and not faint” but also be enlightened by “hidden treasures of knowledge.”

Like many people dealing with emotionally difficult situations, April Thompson turned to food. The heavier she weighed, the more miserable and trapped she felt. She eventually got up to 269 pounds. She recalls, “Outside I seemed happy, but inside I was sad. I hated looking in the mirror—yuck! I felt trapped in my body.” She also had pre-diabetic blood sugar levels. April tried several fad diets. She would lose weight, but eventually it came back. They were temporary fixes.

Finally, April turned to the Word of Wisdom, the Savior’s counsel in D&C 89. At first, it wasn’t easy. A low protein diet is the opposite of what everyone says we should do! But she soon learned that there is more nutrition per calorie in fruits, vegetables, grains, and legumes. She also learned to love the deep flavors in these plant foods. She made daily exercise a priority and discovered that it is fun and grew to love the feeling and the energy it gave her.

April had her setbacks. She had to learn the hard way to rely on our Savior and the atonement. It was work, but it was worth it. She lost 100 pounds in all and “escaped the clutches of diabetes.” April concludes:

I know what it’s like to struggle for so many years and then to succeed. . . . I am a lover of people. I’m so sensitive to the pain of others and when it comes to weight loss I know that it’s not easy. . . . I feel strongly that the Lord has given me these experiences to help others.

Read April’s entire story: “I topped the scale at 269 pounds!”

Your Own Success Story!

There is one key feature all three of these stories share in common: they all began with a big leap of faith. No one completely changes their diet and sustains that change without faith. While the scientific literature overwhelmingly supports a diet that is much more whole foods than processed foods and much more plant-based than animal-based, it is hard for the common person to put their faith in science because we hear so many apparently conflicting messages about scientific claims. Fortunately, we Mormons are blessed. God has given only one set of instructions for the diet of His saints in the last days: it is a whole food, plant-based diet as described in D&C 89.

The stories I’ve shared here are not isolated cases. Many people have amazing stories to tell about transforming their lives by embracing the principles found in the Word of Wisdom. Many of these people are not even LDS and have never heard of the Word of Wisdom, and yet God is leading them to these same principles that are so plainly stated in our scriptures. These are God’s principles for health for all the world, not just Latter-days Saints!

I invite you to take the leap of faith. Let’s have faith in the Lord’s counsel in the Word of Wisdom. Let’s experiment on His word. Let’s have hope that our lives can dramatically improve, no matter what our current situation.

Do you have a story to tell about the blessings you’ve experienced on a healthy whole food, plant-based Word of Wisdom diet? Please contact me if you are willing to share!

Thanks for your great article. As an active member of the church, I'm always amazed how meat is the center of most ward activities, contrary to D&C 89. There is even a popular primary song that says "eating very little meat." Sugar seems to be a passion as well, though not mentioned in the word of wisdom. However, the word of wisdom never says no meat, but rather to "eat meat sparingly." Personally, I eat some fish, but no beef, pork or poultry. Other than that, I eat a plant based diet. Thanks again for your excellent article. I think all church members should read it. Thanks, Geoff Smith

The Parable of the Purple Pig: What Have you Stopped Noticing?

How Humility Can Give You a Leadership Edge

Finding Strength in the Lord Through Emotional Resilience Training