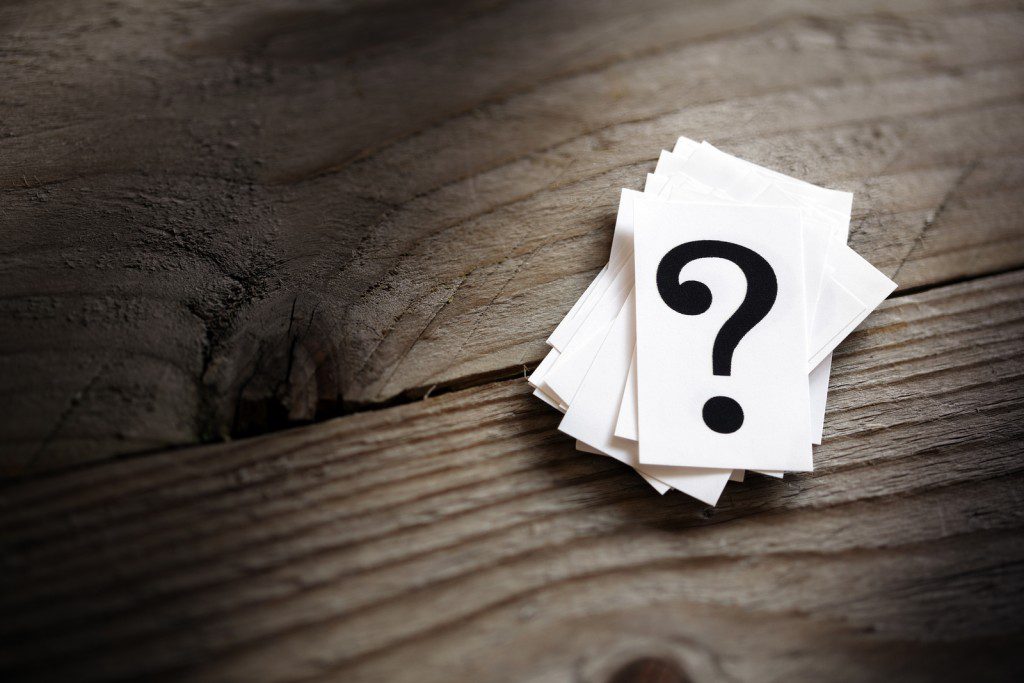 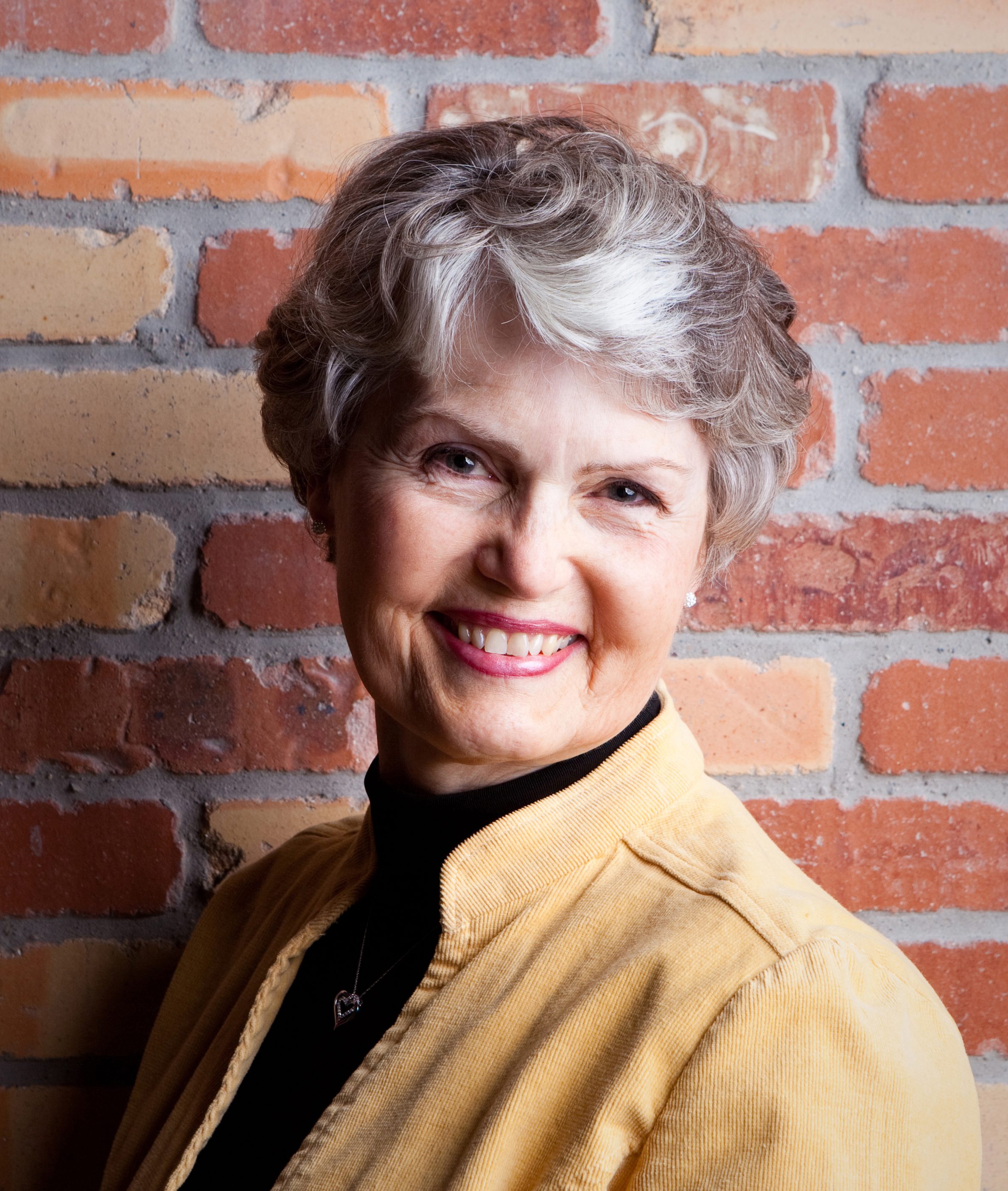 Don’t Let the Sentence End with an Abrupt Period

Let’s pretend your life is authored in one or two sentences. One short, abrupt sentence if you give in to temptation and life’s struggles. Two differing sentences if you choose the right path, then alter your life to not only live contrary to what you previously espoused, but preach against it. Or one lengthy, reaching-beyond-the-grave sentence if you choose the right path, pause when weary, then further your story to a great conclusion!

All of us experience times of weakness. Often as we age our increasing disabilities produce distressful emotions of self-doubt, discouragement, or cynicism. The key is not to allow those times of weakness to thwart the direction of our life’s story. Let’s make good use of the semicolon.

A semicolon may be chosen by the author to separate yet bring together two sentences. Unlike the period, which identifies an end or disconnect, the semicolon simply indicates a pause. The semicolon is used when the ideas in the two clauses or sentences are so closely related that a period would make too distinct a break between them.

Just as the semicolon is a sign for readers to pause before continuing on with a sentence, the mark could become a symbol of hope and enduring—a reminder that your story is not yet over.

The short-sentence version ends without a fight. It ends with an abrupt period. That’s not to say the life story is necessarily short in regards to years lived. It just means the individual makes no effort to learn or improve and keeps making the same negative choices over and over.

Mike (a real individual, but a fictitious name) was reared in a Latter-day Saint home. Although he attended church meetings and activities on a regular basis, he made negative choices about small things that led to bigger things. It wasn’t really difficult at first. By the time he married, his habit of manipulating the truth to reflect what others needed to hear was well established. Although the marriage was rocky, Mike and his wife managed to remain together for many years.

Despite his wife’s complaints and requests that he get help, Mike’s choices continued down a path of mounting secrecy and dishonesty. After the situation reached the point of physical abuse, his wife filed for divorce. Mike knew the gospel, yet he chose to remain traveling on that downward path until he was excommunicated from the Church and died a lonely man. Period.

(Don’t misunderstand my use of the “period.” I’m not advocating that is really the end of Mike’s story. We all know the story goes on and he has additional opportunities to repent and obey. But his mortal life ended with a profound period!)

In the two-sentence version, the author lacks commitment and constancy. The author chooses one way of life, then allows a disconnect. Sometimes it starts with an unchecked, little offense. Sometimes it’s a question of misunderstood doctrine. It could be simply a change of focus, like going boating on Sunday instead of going to church. Whatever it is, the author ends up writing his or her story with two distinctly differing and disconnected sentences—one living the gospel, the other fighting against it.

It’s all about choice.

A couple weeks ago, I received an email from one of our daughters. She was so upset I could “hear” her sobs through the words she wrote. This is how it went.

Just found out that Ellie Norse [name changed] has left the Church. Four years ago, she preached about how her faith was her strength. I watched her post and make some decisions contrary to the Church, the last couple years. But to go from a “seemingly” starring, faithful member to leaving . . . I’m speechless and saddened. I’ve watched six friends step away from the Church in the last year alone. I just can’t imagine what will happen in the next couple years. How many of them will willingly leave and can’t build a strong enough testimony to hold the rod tight enough to shrug off the worldly garbage that’s constantly being flung at us at high speed. It’s going to become a hurricane quickly. My heart breaks for my friends who have made these choices. I wish I could take them by the shoulders and shake them to their senses. Sheesh, I’m actually crying now.

This was my response.

It could happen to any of us. Satan is determined. We ALL MUST REALLY stay on our toes. Read the scriptures. Follow the prophet. It is the little decisions that lead people down the wrong road. We all have to be watchful.

Please, please be careful. Listen to the right spirit.

What do we have to do to fall into this preferred category of enduring to the end?

Elder Joseph B. Wirthlin gave us the formula in his talk “Press On” presented in the October 2004 General Conference.

Enduring to the end means that we have planted our lives firmly on gospel soil, staying in the mainstream of the Church, humbly serving our fellow men, living Christlike lives, and keeping our covenants. Those who endure are balanced, consistent, humble, constantly improving, and without guile. Their testimony is not based on worldly reasons—it is based on truth, knowledge, experience, and the Spirit.

Brother Wirthlin went on to explain how the Lord Jesus Christ used the parable of the sower to teach the principle of enduring to the end. It is found in the New Testament, Mark 4:14–20. Utilizing his train of thought, I offer the following.

The sower soweth the word.

And these are they by the way side, where the word is sown; but when they have heard, Satan cometh immediately, and taketh away the word that was sown in their hearts.

These are they who live their lives in the “one short, abrupt sentence” category.

And these are they likewise which are sown on stony ground; who, when they have heard the word, immediately receive it with gladness;

And have no root in themselves, and so endure but for a time: afterward, when affliction or persecution ariseth for the word’s sake, immediately they are offended.

And these are they which are sown among thorns; such as hear the word,

And the cares of this world, and the deceitfulness of riches, and the lusts of other things entering in, choke the word, and it becometh unfruitful.

These are they choosing the path of “two differing sentences.”

And these are they which are sown on good ground; such as hear the word, and receive it, and bring forth fruit, some thirtyfold, some sixty, and some an hundred.”

Here are the “one lengthy, reaching-beyond-the-grave sentence” variety—those who receive the word and remain valiant, enduring to the end.

Every one of us has specific challenges to prove where we stand. No matter our age, life’s journey offers tests to the end of our mortal existence. All face this battle. Think of President Spencer W. Kimball. As President of the Church, he faced severe, life-threatening and debilitating illnesses. In the face of all that, he consciously chose to turn to Heavenly Father for strength to endure.

President Heber J. Grant voiced his concern about enduring to the end. After nearly 27 years as President of the Church, he prayed, “O God, bless me that I shall not lose my testimony and keep faithful to the end!” (Quoted by John Longden, in Conference Report, Oct. 1958, 70.)

Enduring to the end requires complete commitment to the covenants we make with Heavenly Father. It requires sincere obedience and repentance as we recognize our shortcomings. When we face times of distress and weariness, we pause in prayer—the semicolon—to ask for help. And then we walk across that bridge that inevitably is provided when we choose in faith to lean on Heavenly Father.

Little choices along the way pay big dividends, helping us cling to the word of God. One is the choice each day to talk with Heavenly Father. Another is earnest and consistent scripture study, including the words of the living prophets. A vital choice is that of embracing the attitude of gratitude, focusing more on what we do have instead of what we don’t have. And lastly, we must maintain hope. We must not give up on ourselves, our children, or our grandchildren.

As grandparents, how can our sentence—our story—reach beyond the grave? Of course you know the answer to that question. It is by our faithful and ever enduring example that lives on. In addition to example, here are three specific ideas to lengthen your influence through the ages.

In our family, we have extended FHE once a month. Those members of our family who choose to join us find a closer oneness, a greater understanding of each other. The grandchildren feel an increased level of security. Generally, we rotate the location of our gathering from one home to another. We have a potluck meal and always a lesson in some form or another.

For example, when you observe a grandchild handling well a disagreement with a sibling, speak up and say, “Wow, I’m impressed! You stayed so calm. I like how you handled that.” Or when you welcome a grandchild into your home and he or she gives you a hearty hug, instead of silently hugging back, speak up and tell them how much you loved the embrace. “I love your hugs. You make me feel so good.”

One letter was written by her father to his grandchild. Sheryl said, “In 1997, when I had my first child, he mailed it to me. It said not to open it until 2015. On my child’s 18th birthday we opened it. He knew all that time ago that he would have finished his mortal journey now. It was such an awesome experience to read the sweet message he had for his grandchildren. We weren’t ready for it to end, to read the last line. Our spirits lifted when we saw another envelope in the first. It said, ‘Open in 2070.’ I’ve never laughed and cried so much at the same time. I think I’ll be dead in 2070 but my kids will love it!”

I asked Sheryl how she kept track of the letter over the years. What special place did she hide it so she would not lose it? She said, “Cedar chest. Then I gave it to my daughter when she was a teen. It’s been with her special stash of things for a long, long time.”

The letter gave seasoned advice, a feeling of yearning to connect and make right. Sheryl said, “I can hear his pain in this letter, but I hear the hope too. . . . It teaches me that I can reach beyond the grave to my posterity, and I will. I have another one from my great-grandfather who died when I was very little. It was a general letter to his posterity with his testimony. Lester Hyde. Love it.” She said her grandmother made copies and distributed them.

It’s all about choice. So, brothers and sisters, what say you? Shall we adopt and make use of the mighty semicolon?