Doubt Doesn’t Have to be Dangerous | Meridian Magazine 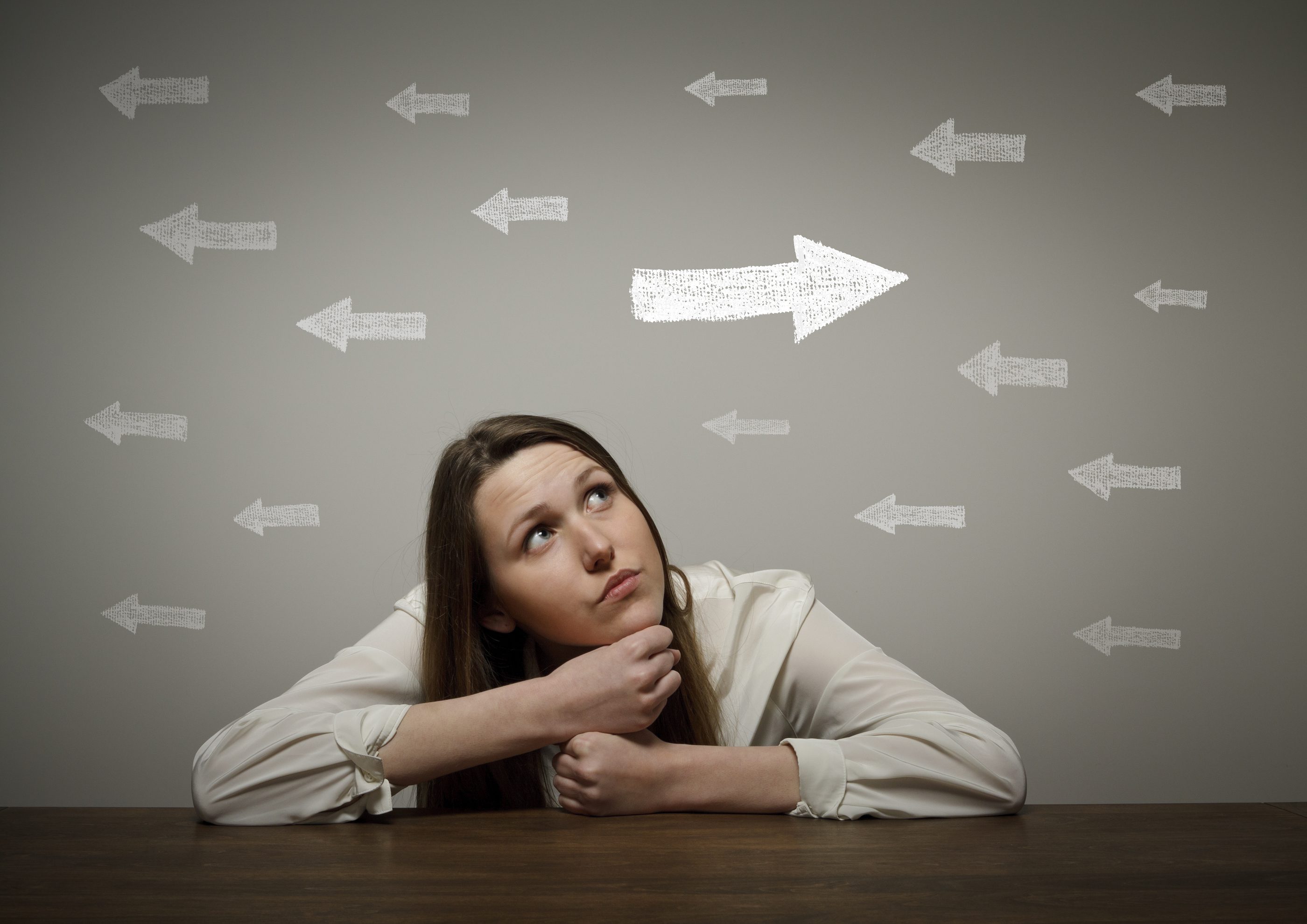 Doubt Doesn’t Have to be Dangerous

The topic of doubt has arisen in conspicuous ways in the Church of late (see for instance Elder Holland’s April 2013 conference talk “Lord, I Believe”). The term can be a source of both confusion and contention. Is doubt condemned by the Lord? Is the church intolerant of doubters? Is doubt a sign of spiritual weakness or of intellectual honesty and integrity?

The problem is that doubt is an ambiguous term, variously intended and variously interpreted according to tone, nuance, connotations and context. Proof-texting never gets us to the heart of genuine understanding, so it is not helpful to simply quote what seem to be competing admonitions from leaders past and present. In what follows, we attempt to provide one way of understanding doubt that avoids the extremes of both glorifying uncertainty and condemning lack of conviction.

The great Russian novelist Fyodor Dostoevsky spoke movingly of doubt as a great crucible through which his faith had passed. The apostle Hugh B. Brown referred to doubt as an apprenticeship on the path to belief. We believe their mutually reinforcing formulations affirm an important truth: Doubt can have a crucial role in the life of the disciple, but it is not the end for which we strive.

Doubt can be a condition of mind we glorify as a kind of intellectual liberation from dogmatism. It can be celebrated as a cynical posture of skepticism, worn like a badge by self-styled sophisticates. But reveling in doubt as a sign of spiritual maturity, suggests the psychologist William James, may really be little more than a coy refuge for the timid; those who fear error more than they love truth will avoid any intellectual commitment not mandated by irrefutable evidence.

Doubt may be merited in any number of circumstances on the path to decision-making; but glorying in doubt as an achievement or final state of mind is to relinquish that which makes us more than logic machines, and arrest a process humans are uniquely constituted to see to completion.

At least, this is one way of thinking about doubt, as a prompt that both marks the limits of rational understanding and beckons us to bring other human faculties to bear on life’s most urgent matters. That is what Thomas Aquinas, in his analysis of faith, seems to suggest.

Paraphrasing Augustine, he writes that “only two things move the possible intellect: its proper object …, and the will.” What he meant was that many decisions can be reached on the basis of information external to the self, information that pertains to the option being considered. Do we choose spinach or ice cream? Do we major in nursing or business? Shall I marry Martin or Jonathan? Our choice will be largely informed by what we know—or can learn—about spinach, the business major, or Jonathan.

But often, Augustine notes, the mind “does not tend toward one rather than the other, either because of a lack of evidence… or because of an apparent equality of the motives for both sides. This is the state of one in doubt.” And that might be the end of the matter. And indeed, it is for many, especially if the equality of motives for belief and disbelief seem equivalent, if neither one can gain the upper hand in our souls.

But this is to ignore the other determinant of belief, which is, as Augustine says: “the will.” As Aquinas concludes his analysis, the will can “choose… to assent to one side definitely and precisely because of something which is enough to move the will, though not enough to move the understanding.” The point here is that we do not need to succumb to perpetual indecision, or be paralyzed into a stance of non-commitment. As human agents possessed of a free will, we are not determined mechanistically, in our actions or in the movements of our heart. We are not limited, in our capacity to believe, to only those articles of faith that admit of irrefutable proof objectively considered.

We may bring to bear the will as it is informed by inclinations, conscience, values, what Wordsworth called “intimations” or what others call intuitions, or yearning (Sehnsucht). We may risk, and we may choose. That is why we might see doubt, within such a framework, as an essential point of transition between honest assessment of the evidence, and moving forward with purpose.

We believe this view is one way of understanding why Durrant referred to an apprenticeship, and Dostoevsky said his Hosannas had “passed through” the crucible of doubt. In both cases, the emphasis is on doubt as a way station, a predicament capable of serving as catalyst to a deeper engagement with one’s faith. It can build empathy, lead us to seek “with all our hearts,” and awaken our will to a greater role in our faith. Fixating on doubt can be not just unproductive, but paralyzing. On the other hand, denying doubt its legitimate place and function in the development of faith can be equally damaging.

Doubt, if not suppressed or repressed, can be a fruitful catalyst to spiritual growth and discovery. To vilify doubt in all its forms has pernicious consequences. It can forestall progress, create testimonies of glass, and breed resentment. First, because it characterizes as sinful what is in many cases a fully legitimate and honorable response to the normal vicissitudes of our own spiritual equilibrium or to the inevitable eruptions of cognitive dissonance.

Joseph Smith provides an example of doubt honestly acknowledged, honestly engaged, and powerfully profitable. He tells us that even after a heavenly vision, even after being told by Jesus Christ that his sins were forgiven, he again fell into doubt about his spiritual standing before the Lord. He sought assurance and clarity, and the result was an angelic visitation, a divine commission, and the start of his prophetic career (which he dated to Moroni, not the First Vision). Imagine the trajectory of the restoration, if someone had told young Joseph—stop worrying and asking questions. Cease questioning your faith and spiritual witness you already received. Doubt is faithlessness.

Second, because if doubts never arise in our minds, it is likely we are either sleeping or deceiving ourselves. Because the gospel is administered through fallible vessels, and because faith can only operate in a world and context where we “see through a glass darkly,” new evidence, new perspectives, new information will inevitably arise to challenge our present understanding and faith foundations. If one learns that Joseph used a seer stone and not the Interpreters, it would be natural to question why he didn’t learn the accurate narrative the first time.

If one hears that scientific DNA evidence disproves the Book of Mormon, it would be natural and entirely healthy to ask, is this really so? Because we are dynamic beings and truth is received line by line, precept by precept, because revelation is continuing and not always infallible, we must be willing to accommodate new understanding. Otherwise, as Joseph feared, we will “fall apart like shattered glass” rather than make the subtle adjustments to our paradigms induced by new understandings.

Our testimonies are living things to nurture and guide us in our search for truth, not inflexible straightjackets that shut down growth and inquiry. Does this mean every challenge hurled at our faith should throw our whole testimony up for renegotiation? No, it simply means that occasional disruptions to our testimonies are a normal part of the process of living by faith.

Finally, criminalizing doubt will only serve to stifle curiosity, convey a worrisome defensiveness about the faith, and send the questioner in search of more accommodating conversation partners. Edmund Burke wrote, “the first emotion of which we are conscious as humans is curiosity.” Questioning is natural to us, and commended by scripture.

Joseph launched the restoration because he believed God’s promise that those who ask questions “will not be upbraided.” We must give our children and fellow saints that same sense of security. Finally, we at least try to remember that the Lord referred to belief as a spiritual gift. If doubt is, as the dictionary tells us, the presence of uncertainty, then it may not be totally vanquishable for every individual gifted with belief and not knowledge (DC 46:13-14).

But did God not tell us, “doubt not”? Certainly he did. But he didn’t dismiss those weak in the faith. He instead beckoned them to act decisively in the absence of knowledge. “Be believing,” he invited. Christ loved and nurtured those who frankly expressed their doubts to him. He invited them to move beyond their doubts to the perfect faith we all seek. “Lord, I believe,” said the father in Mark. “Help thou mine unbelief.” Christ did not condemn the man. He healed his son. And, we may safely presume, the heart of a man honest enough to confess his doubts even as he pursued the path of discipleship.

Dennis Horne, I am in complete agreement with you, i also disagree with anyone who says that doubt has merit. I am happy to follow our Prophet who said:- Do not yield to Satan’s enticements; rather, stand firm for truth. The unsatisfied yearnings of the soul will not be met by a never-ending quest for joy amidst the thrills of sensation and vice. Vice never leads to virtue. Hate never promotes love. Cowardice never gives courage. DOUBT NEVER INSPIRES FAITH. 1St Pres Message Ensign Jul 2013.

Ray, I do not see the contradiction at the end of the article. Perhaps you missed some of the points or saw those sentences out of context. For one, Givens points out that the Lord told us to doubt not, but that he did not dismiss those with doubt. He shares the story of the man that asked for faith to heal his child. The man had doubts, but he was still acting in belief, shown by his journey to find the Lord. The Lord has asked many things of us, and would rather have us avoid much pain, but it does not mean that he does not expect us to pass through it and endure it. There was no contradiction there. Simply the statement that the Lord would rather us remove our doubts, but will help us through them as well. As far as the part about not becoming fixated on doubts, I think you missed the entire point. Givens was pointing out the two extremes. The person that puts too much trust in believing everything they were raised to believe, and the other side, the people who fixate on doubt. The article is meant to address a middle ground. There are people that let their doubts become their focus. There are those that beat themselves up for their doubts. However, Faith is predicated on the idea that we lack knowledge. We must believe, acting, hoping, regardless of that lack of knowledge, relying on a certain measure of belief. This goes back to the man that lacked faith, but asked the Lord to help his unbelief. He had already shown a certain amount, but he was willing to admit, his faith was lacking. The Lord did not punish him, or chastise him. He healed the man's child.