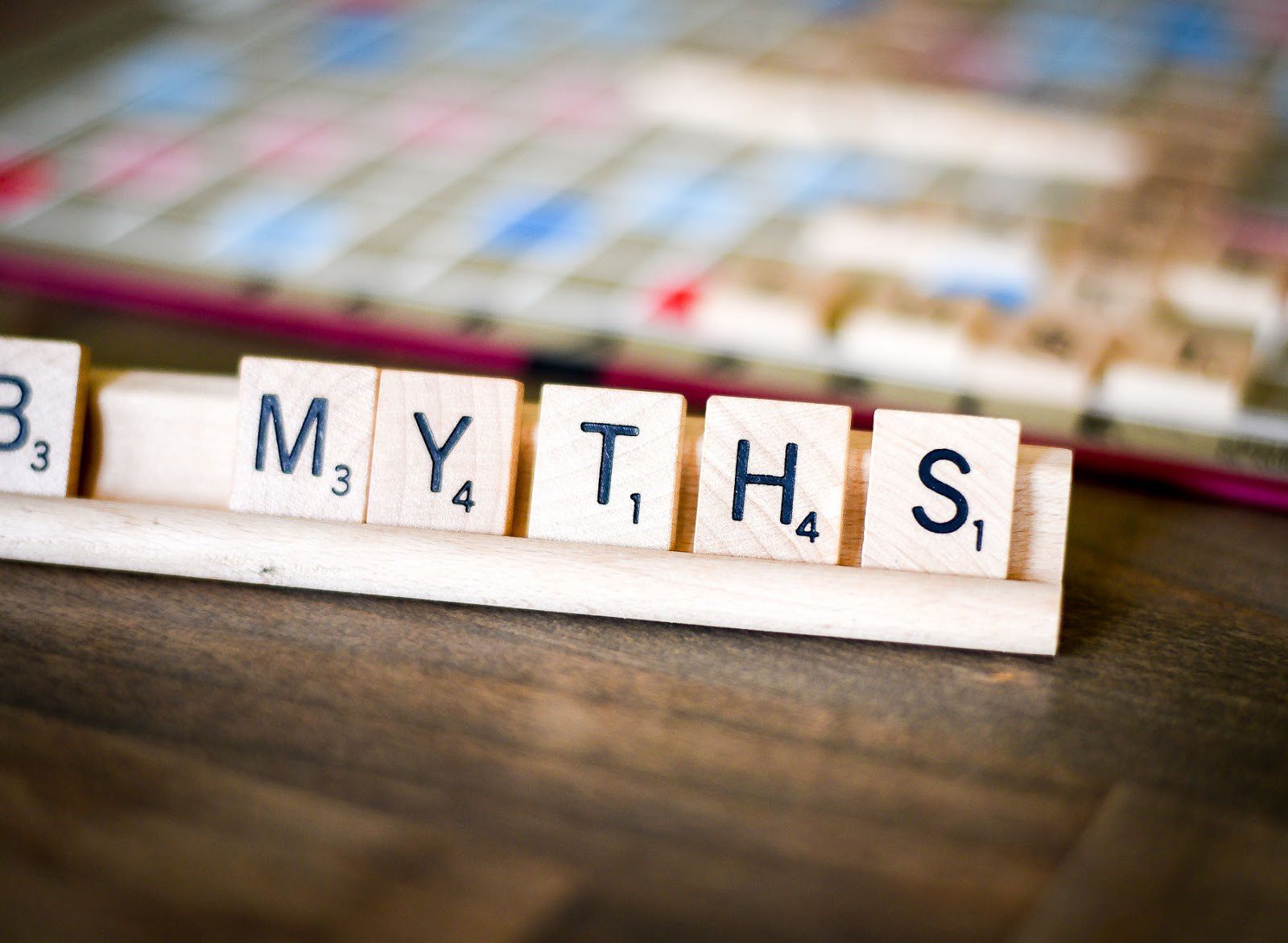 This is the sixth in a series of posts addressing education on and recovery from pornography addiction and betrayal trauma.  Please send questions that you have to [email protected] To see the previous post in the series, click here.

I don’t like myths. They mess with my brain. They’re easy to believe because, well, they are just that: easy to believe. No effort needed. No education required. Myths are often “common knowledge” and so many already believe they’re true as well. Of all the myths I have believed, the ones surrounding pornography have been the most damaging.  They have damaged my spirit, my mental health, and even my physical health. Here are five that need to be kicked to the curb, once and for all.

Myth #1 You are not pretty enough, skinny enough, whatever enough. A recurring theme I see amongst my friends whose husbands* look at pornography is this: they are often blamed by their husbands and others for his bad behavior. One woman noted, “My husband told me more than once that he looked at pornography because I had gained weight and didn’t physically look like he wanted.” A woman told these lies by her husband needs to look him directly in the eyes, and with strength and conviction reply: “I am enough! You look at pornography because you believe you are not enough!”  All addictions have their roots in insecurity, loneliness, and low self-worth. It is easy to blame the spouse because the opposite of blaming would be to take personal responsibility. Looking inward is painful, so they look outward with a pointed finger.

The answer is this–he looks at pornography because lust has an insatiable appetite. It can never be satisfied. No amount of makeup, clothes, plastic surgery or weight loss will change his behavior. Repeat after me: He looks at pornography because he believes he is not enough. This made sense to my brain long before it made sense to my heart. His choices have nothing to do with you and your looks. I am not saying it shouldn’t hurt. It will hurt, but it hurts because his choices are painful, not because it is true.

Myth #2 You can change him. Most women are nurturers. We are caretakers. We support and we encourage. We pray and we fast. And because we are so good at nurturing we sometimes believe we actually can change others by nurturing. But we can’t change anyone. I couldn’t make my toddler eat her peas, I can’t make my son get good grades, and I definitely can’t make my husband choose a life of honesty and decency. One woman noted: “I really thought that I could change my husband with all my prayers, fasting, clean home and amazing meals, homemade bread, lingerie, always saying yes to sex, and trying to make him happy. It didn’t work. I didn’t figure this out until years later when I was emotionally, spiritually and physically broken. All I could do was turn my husband over to God and start finding myself again and learning what made me happy. I set strong boundaries. When I gave up trying to change my husband, he finally began to change.”

Myth #3 You should have sex more.

I believe marriage made my husband’s addiction worse than when he was a single adult because now he had an actual woman with whom to act out his addiction. Once married, sexual experiences were no longer prohibited so he found himself obsessing more and more. He soon found out that being married and sexually active couldn’t “fill” his lust bucket for long, so he returned to his addiction just months after our marriage. Only now his behavior had to escalate to get the same “high”. I have seen the ignorant comments on social media regarding this myth. It astounds me that so many still ignore the evidence of sexual addiction and choose to blame the spouse for being “prudish”. It would seem almost logical that if a person has a pornography/sex addiction that the answer is more sex to satisfy their cravings. So if you give him more he will stop going outside his marriage for more, right? If you have sex with him before a business trip he will be an upstanding guy while he is away, right? Sadly, many well-meaning, but unknowing Bishops have even counseled wives to make themselves more available or have counseled young men that getting married will stop his desire to look at pornography. The myth is this: You should be able to fill up his lust bucket to the point where he won’t need to act out with sexually compulsive behaviors. But lust can never be satisfied.  It comes with an insatiable appetite. More sex is not the answer. Years later when my husband’s double life resurfaced yet again, I reached out and told my dearest friends. I told my parents too. And suddenly I felt validated and felt like I could begin the healing process. The mask came off and I could be me again around those closest to me. Whether my husband got better or not, I could get better! I started attending group therapy, went to the LDS support group for wives of addicts, and talked and talked about my broken heart with those closest to me.

Addiction thrives in secrecy so it is imperative that he end his silence as well. As Elder Jeffrey R. Holland has said, “Thank heaven there are an increasing number of clinics, support groups and recovery programs for both the viewer and their innocent family members.” Satan works in secrecy. As soon as we cast light on evil it begins to lose its hold.

One of the main fears in telling our stories to others is a fear of judgment. One woman said, “As I have told people my story, I have feared they will see my husband as a sicko who shouldn’t be trusted around children and they will wonder how I can be married to such a dirty man. I fear that they will see him as a pedophile or abuser or worse.”

The truth is that most LDS men and women who view pornography love their families, serve in church callings, and hold full-time jobs outside or inside their homes. They hate themselves for what they do but feel trapped. They want to be loyal to their spouse but their brain is broken. I envy individuals at church who can openly tell their stories of how they overcame an alcohol or drug addiction. We finally seem to understand those addictions. Maybe someday, hopefully soon, the LDS population will have enough knowledge about sexual addictions that I, too, can speak openly about my experience being married to an addict without fear of judgment and painful gossip. Myths are indeed harmful. They trap us in false beliefs. That is why I write these words and why so many of my sisters are writing their stories as well.

*Sadly, pornography is becoming a growing problem with women as well, but this story is a personal experience written by the wife of an addict.

Other posts in the series:

Intro: What wives of sex addicts want you to know

Fourth Post: What We Wish We had Known When We Were Dating: Thoughts from Wives of Sex Addicts

Fifth Post: What We Wish We had Known Sooner: Thoughts From Those In Recovery From Pornography Addiction

Free Of It, I am sorry to hear of your experience with SA. My husband's experience has been vastly different than what you describe, and the meetings he attends do not include what you feel SA meetings focus on. What you describe definitely does not sound like the 12 steps to me. I am glad that you found in your AA meetings the true principles of the program. Like Michelle, I think there are probably good and bad versions of 12 steps all over, and it may take awhile for someone to find a good fit.

For those who have had bad experiences with a certain type of group -- don't give up! ANY branch of 12-steps will have a higher likelihood of failure if there isn't good recovery in the rooms. Not all meetings -- including sometimes those in the Church -- have good recovery. Being surrounded by people who understand recovery and for whom recovery is palpable is so important to having the hope for change.