Forgive or Get Even? | Meridian Magazine 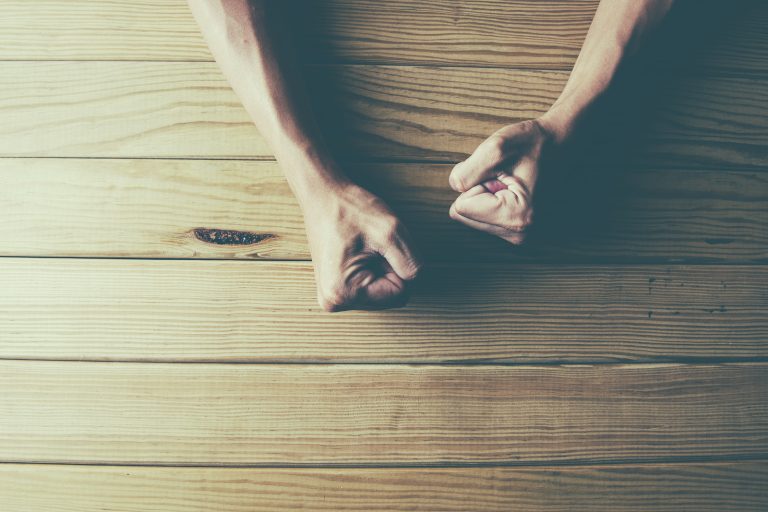 Forgive or Get Even?

We’ve all been there—the victim of cruelty or unfair treatment—and we’ve wanted to “get even.” Hopefully these moments are mostly in childhood, and we leave them behind as we mature.

But it doesn’t always work that way. Sometimes our hurts run so deep that a part of us wishes the “hurter” to suffer as we have. We want to see them “get theirs,” and even hope “what goes around comes around” will apply to our enemies. We rationalize this desire for evil to befall the unkind as “justice.”

Countless stories, books, and movies have been made about a wronged cowboy (or insert any character here) who finally finds the outlaw who killed his (brother, father, occasionally mom) and exacts a satisfying revenge. Only then, we think, can the wronged party rest.

There’s just one problem: It doesn’t work in real life.

Even back in the 1960s, psychologists conducted studies proving that people who got revenge didn’t actually feel better in the end. This is because revenge increases one’s anger. As we ruminate and stew over injustices, those wrongdoings loom larger and larger. We pick at that wound until it’s infected and spreading throughout our whole body.

Experts also noticed that seeking revenge can create a vicious cycle. Invariably the person you got even with doesn’t see it as “even” at all—you overdid the punishment, it was much bigger than their “crime,” and now they have to do something back to truly balance the scales. And on it goes until, as Gandhi said, “An eye for an eye only ends up making the whole world blind.”

Psychologists have also found that people don’t actually feel better when the perpetrators finally die. Family members of bombing victims are just as grief-stricken as before. And the more consumed with retaliation they were, the worse they still feel. They may say, “I’m glad he got what he deserved,” but they will not describe themselves as filled with peace or contentment. In their most private moments, they still anguish. They still cry. “Getting even” didn’t work. Wishing death or suffering on another only makes you the equal of your enemy. And, deep down, that doesn’t bring joy or fulfillment.

People stuck in an adolescent mentality may feel that evening the score somehow underscores your personal honor, and shows the world you won’t just roll over. It warns others not to “mess with the bull or you’ll get the horns.” But this offensive, mistrustful, ready-for-a-fight stance does not bring deep and abiding happiness.

In her book, The Power of Forgiveness: Why Revenge Doesn’t Work, Judith Orloff M.D., says, “Forgiveness is the act of compassionately releasing the desire to punish someone or yourself for an offense.” And while it’s natural to feel angry, “revenge reduces you to your worst self, puts you on the same level with those spiteful people we claim to abhor. Additionally, studies have shown that revenge increases stress and impairs health and immunity. Sure, if someone hits you with a stick, you have the impulse to hit them back–the basis for wars. To thrive personally and as a species, we must resist this predictable lust for revenge, and seek to right wrongs more positively. This doesn’t make you a pushover; you’re just refusing to act in a tediously destructive way antithetical to ever finding peace. As Confucious says, “’Before you embark on a journey of revenge, dig two graves.’”

This doesn’t mean we return to abusive relationships, or allow a drug-addicted relative to bankrupt us. Obviously, we act to protect ourselves. But in our hearts, we have to do as Christ admonished, and turn the other cheek. We can seek to understand what terrible upbringing and deep hurts the other person must have endured, to make them this cruel. Often, pity can replace resentment.

If we can’t find a path to forgiveness we are, in effect, allowing the evil-doer to continue to poison our lives. As President Henry B. Eyring has said, “We are to forgive to be forgiven. To wait for [others] to repent before we forgive and repent is to allow them to choose for us a delay which could cost us happiness here and hereafter.”

If we choose to take the high road, we can then invest that energy in positive growth, in filling our lives with the things that actually bring joy. It’s hard, but like many hard things, it’s worth it. Instead of succumbing to the bitterness of victimhood, we can turn our backs on the injustices. We can refuse to allow travesty to become tragedy.

Nowhere is the positive result of this approach more evident than in the incredible lives of our early pioneers who set out to cross a nation and build an entire civilization where there was literally nothing. They didn’t keep going back to Missouri and elsewhere on a revenge mission. They moved on. Notice cultures and even entire countries which cannot do this; they stagnate and offer no strides in science, medicine, art, innovation—they offer nothing because they have agreed to focus solely upon getting even for past injustices.

In the great 6th chapter of Luke, where Christ teaches us to turn the other cheek and be merciful, he says, “But I say unto you which hear, Love your enemies, do good to them which hate you, Bless them that curse you, and pray for them which despitefully use you.” (Luke 6:27-28)

Christ knew revenge was not the answer. He never said, “Teach them a lesson and make them pay.” Instead, he told us to pray for these people. And, as Mark Twain said, “You can’t pray a lie.” To genuinely pray for someone, you have to mean it.

Maybe someday there’ll be a revenge movie where the hero realizes how empty his victory was. I’m hoping he’ll break that fourth wall, turn to the camera and say, “Don’t try this at home.”

Perfect for Mother’s Day– Hilton’s new LDS novel, Golden, is available in paperback and on Kindle. All her books and YouTubeMom videos can be found on her website. She currently serves as a Relief Society President.