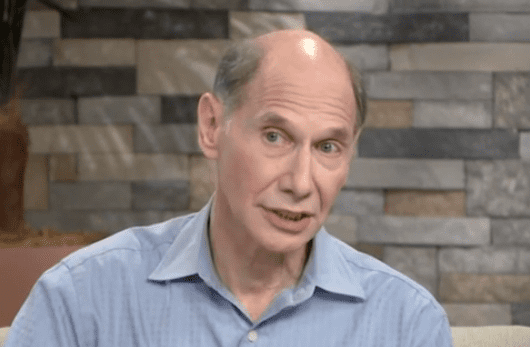 In order to help our readers, Meridian Magazine is presenting some health products that have shown remarkable benefits. This is one of them.

In a publicized interview* with one of the early formulators of a heavily researched broad-spectrum micronutrient formulation, EMPowerplus, Dr. Popper said:

“I first became involved in nutrition as a psychiatrist observing a 10 year-old boy who had bipolar disorder—a very serious form of it. He was having major temper tantrums for an hour, two hours, four hours a day (every day for some months)—a very seriously disruptive set of symptoms. And he took a vitamin-mineral supplement and within 5 days his symptoms cleared entirely. The tantrums were gone on the 5th day of treatment and he wasn’t even irritable, he wasn’t even grouchy. Now, we don’t have any psychiatric drugs that can do that. I’ve never seen a psychiatric drug do that in any case…! So based on that one child, I began to pay attention to nutrition and to the use of vitamins and minerals, in particular, to treat mood disorders.”

Since then, he has treated several hundred youth and adults, using the broad spectrum micronutrient mentioned above, EMPowerplus. Dr. Popper is not the only psychiatrist using this micronutrient formula to treat mood disorders.

Dr. Scott Shannon, psychiatrist and professor at the University of Colorado has been using EMPowerplus to treat children and adults with mood disorders. He said this: “My perspective is that EMPowerplus helps the brain to move to its natural state of balance or homeostasis. Psychiatric meds alter the homeostasis in the human brain so they work at counter-purposes to each other.”

Dr. Bonnie Kaplan of the University of Calgary, was also skeptical at first. She thought that it was simply snake oil, and that everyone selling it was a snake oil salesman, or in other words that it was just a big scam. However, like Dr. Popper, she decided to put the formulation to the test. Since this time, she has published multiple articles about the significance of this finding. Read her research here.

Dr. Julia Rucklidge of the University of Christchurch was one of the researchers who was working with Dr. Kaplan on some of these studies and has also been teaching and researching this finding since she and Dr. Kaplan started working together. She has also become a proponent of treating mood disorders with nutrition, especially in young children. She emphasizes nutrition instead of psychiatric medications in all her research. She recently gave a TED talk on her research findings to support Dr. Popper’s statements about the use of a broad-spectrum micronutrient.

Clinical studies are extremely expensive to conduct, but funding has been given for more double-blind, placebo controlled studies to continue to substantiate these findings. With time, more research will present more data that will either confirm or reject what has already been found. However, as these researchers have said, the data continues to point to the fact that mental illness can be treated with a broad-spectrum micronutrient. Dr. Popper is not alone in his research. His findings are backed by the voices and research of many other psychiatrists and psychologists alike. His latest paper (Single-micronutrient and broad-spectrum micronutrient approaches for treating mood disorders in youth and adults) was published in 2014 and can be found here.

Though there is room for more research to be conducted, it is hopeful to know that one of the nation’s top Psychiatrists and Psychopharmacologists, from Harvard, supports another less abrasive and more sustainable method of treating mood disorders and mental illnesses. He even compares using broad-spectrum micronutrients versus the conventional psychiatric medications in effectiveness and long term stability in treating mood disorders:

“…In comparing the early data we are currently looking at on what these broad spectrum vitamin and mineral treatments can do in mental health, what we’re finding is that they can have effects that are virtually as strong or as strong as what conventional psychiatric medications can do—with much fewer side effects. The surprise—what we were not expecting—is that, again based on this early data, what we’re finding is that the stability that the vitamins and minerals are able to achieve is far greater than what the psychiatric drugs will do.”

Dr. Popper is suggesting, with his findings as well as with his own personal experience treating several hundred people, that the stability of the vitamins and minerals is far greater than what psychiatric drugs will do. In the most recent paper (2014) that Dr. Popper published, he states:

“Several different vitamins and minerals appear to be effective augmenting agents for mood-modifying drugs, but are not potent monotherapies in themselves for treating psychiatric disorders. In contrast, broad-spectrum micronutrient interventions appear in early trials to be as effective as psychiatric medications with fewer adverse effects for treating mood disorders, ADHD, aggressivity, and misconduct in youth and adults. Broad-spectrum treatments also may improve stress responses, cognition, and sense of well-being in healthy adults…” (emphasis added).

Like any academic review or study, the evidence is very rarely stated to be causal and there is always a never-ending suggestion for more research and data to be collected to substantiate what has already been found as a correlation. These are safe words stated by a true Harvard academician. However, Dr. Popper also makes a hopeful statement about the possibility of newer and more broad treatment options for psychiatrists.

“If it turns out with more effective studies that we can treat depression, bipolar disorder, attention deficit disorder, or perhaps other psychiatric disorders with vitamins and minerals that were as effective as the current psychiatric drugs, but with much fewer side effects and better long-term stability, and with less mental fog, if that were to turn out to be true, then we would have a much better set of alternative treatments to be able to offer patients who are currently struggling with these conditions.”

With over 18% of America’s population struggling with some sort of mental illness and over 49 million Americans taking psychiatric medications, this statement brings hope. Can all these people really just take vitamins and minerals to replace their medications? Why don’t we all go to the Costco pharmacy section buy a great multi-vitamin each month? It might be less expensive (even with insurance) than the price of many psychiatric medications. Well, it’s not that simple. Dr. Popper explains this as well:

Have all the Walmart-bought Flintstone vitamins you have been taking over the years been a waste of your money? Perhaps not. But for treating serious mental illness and mood disorders at a psychiatric level, a much more bio-available formula is needed, usually at much higher doses. The broad-spectrum micronutrient that was used in the studies that Dr. Popper has mentioned and reviewed in his last paper (mentioned above) was the EMPowerplus formulation.

Should you use this formula? Maybe. But if you are currently on psychiatric medications for a mental illness or mood disorder, do your homework and please read the safety disclaimer below.

Editors note: To see a list of empirical reports and clinical research on the broad-spectrum micronutrient, EMPowerplus, click here. To watch a TED talk given by a clinical psychologist (mentioned in this article) who has researched the EMPowerplus formulation, click here. For more information about EMPowerplus Q96, click here. If you are interested in trying the product for yourself, click here.

Important Safety Disclaimer: If you are considering transitioning from any medication onto the EMPowerplus formulation, please be careful. Please do not go off your medications abruptly or “cold-turkey.” This is dangerous and is unwise. However, please do consider trying this method very carefully and with the help of professionals, family and transition coaches. Mental illness is serious and can be life-threatening. Please be careful, but know that there is hope for anyone who is willing to take the time and make the effort to transition to a more natural and sustainable pathway. Typically, the longer someone has been on medications, the longer it may take to transition. For anyone considering it, we would recommend using the Micronutrient Support coaches who have been trained professionally to coach people in this type of transition. As you consider a lifelong pathway for your health, remember that the former president of the American Psychological Association, Dr. Martin Seligman, has said in his latest book that there is not one SSRI that is made for a cure. They are all cosmetic, not curative. He said this: “Every single drug on the shelf of psychopharmacopoeia is cosmetic. There are no curative drugs, and no drug is in development that I know of that aims at cure. Biological psychiatry has given up on cure.” [Flourish, p. 46]. EMPowerplus does not claim to cure any mental illness, but it has been proven to have clinically effective results with those who suffer from mental illnesses. As stated above, please be wise and use caution in your decisions about your mental health or that of a loved one.

*The source of the interview text above is an interview with the formulator of EMPowerplus, David Hardy.

My husband and I both use this micronutrient supplement, and several members of our family use it too - and none of us are taking it to alleviate a mood disorder, but rather - it's a great way to ensure we're getting all the essential vitamins, minerals and amino acids that we need each day. I know several other people who are using it and finding success after years of trying different medications for their mood disorders, and all have told me this nutritional product works for them, too.

This product has worked well for my family as a whole. For my daughter specifically, who has a diagnosis of schizoaffective disorder and ADHD, she has found med free, symtom free stability after years of poor results from meds.