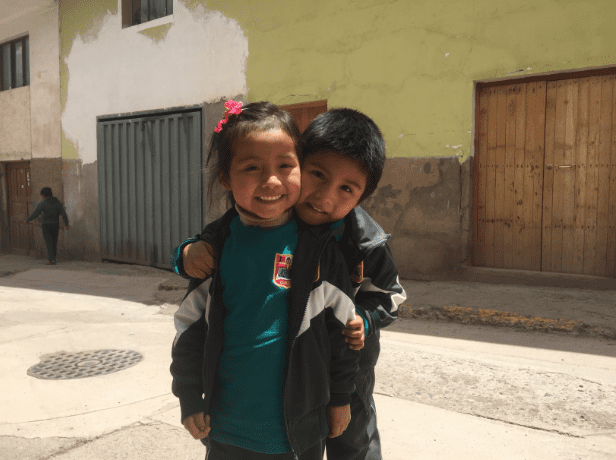 Malnutrition in the Viru District

In previous articles published in Meridian, including “Loaves and Fishes” and “Feed My Sheep,” I have written about the work of the Liahona Children’s Foundation in various parts of the world, including Columbia, the Philippines and the South Pacific. This article is about a trip my colleague, BYU professor Alberto Puerto, and I took to Peru last June to address the needs of malnourished Latter-day Saint children living in Viru, a region devastated by floods and mudslides last spring. The effects of the el Nino rains left dozens of Peruvians dead and tens of thousands homeless, including a number of Latter-day Saints, heightening an already critical problem with malnutrition.

Although the Peruvian government has made significant progress in addressing malnutrition, as of 2014, according to the World Bank, among children under age five, 30% are stunted and 50% suffer from anemia. Such figures are related to high levels of poverty and in some areas extreme poverty. Five million Peruvian children are “highly vulnerable” to food insecurity.

The Liahona Children’s Foundation, an NGO humanitarian organization operated by Latter-day Saints, has been addressing children’s malnutrition in Peru since 2011 when a group of volunteers, headed by Professor Puertas and Sara Walker, screened children in Cusco, Juliaca and Juli. In 2013 additional children were screened in Chiclayo and Piura. At present, the Liahona Children’s Foundation is operating in thirty stakes/districts throughout Peru, with additional stakes to be added in the future as Area and local leaders identify areas of need.

Professor Puerto, who is from Peru and knows the country well, was the perfect guide for our work in the Trujillo and Viru regions since he and his family come from the area. Along with local Liahona coordinator, Lynn Leon and her husband, Rowens Cristancho; BYU student Liahona interns Emily Wright and Emma Beckstead; and Alberto’s daughter, Sara Beth, we travelled to the Viru district in mid-June. Although some of the roads had been repaired since the flooding, we saw significant damage as we traveled. According to Stake President, Juan Blas Bernabe, sixty families were displaced by the floods and currently are living in tents. Nevertheless, according to President Bernabe, Latter-day Saints were among the first to reach out to help their neighbors who had been affected by the flood.

We arrived at the Chapel late morning where a number of parents with their children were waiting. With the help of Brother Luis Huamanchumo (the District Public Affairs Specialist), Sister Arminda Diaz (district seminary supervisor and local Liahona coordinator) and full-time missionaries, Elders Elliot and Dueñas, we screened 73 children. According to the World Health Organization, one can determine a child’s state of malnutrition by combining four measurements: age, gender, height and weight. Using this formula, we enrolled 24 children in the program. Also in June, a team of volunteers, headed by Dian Coronel, the Liahona local coordinator, screened a group of children in Chiclayo, a number of whom were also found to be malnourished.

In Peru, The Foundation uses two types of supplements: “Sprinkles,” a WHO-produced micronutrient containing Vitamin A, iron, and zinc; and soy flour or powdered milk, which provides carbohydrates, fat, and protein, all ingredients essential to children’s healthy growth.

While we were in Peru, Professor Puertas and I were invited to address the Peruvian Congress on the subject of “Malnutrition among Peru’s Children.” Professor Puertas spoke among other things about the importance of strong families in addressing malnutrition and quoted LDS Prophet David O. McKay that “no success in the world can compensate for failure in the home.”

In my address, I congratulated the Congress on its progress in reducing malnutrition and challenged them to use their imaginations in reducing it even further. I suggested that since everyone has the gift of imagination, everyone could participate—churches, businesses, schools, even the Peruvian Congress: “Imagine this Congress starting a national initiative that engages all Peruvians in ending malnutrition. Imagine every member of this Congress donating a small portion of his or her annual income and several hours a month showing the example of service on behalf of these most innocent and vulnerable citizens.” I ended by quoting King Mosiah, “Live peaceably, and give to every man, woman and child according to their needs. Don’t let your children go hungry; teach them to love one and to serve one another.”

Because of his long and distinguished humanitarian service to Peru, which includes working with orphanages, at-risk youth, impoverished schools, human trafficking and human rights initiatives, during our visit, Professor Puertas was honored by the Peruvian Congress for “Distinguished recognition for extraordinary social and professional work on behalf of children and youth around the world.” (see photo) Recently, he was appointed to the board of the International Institute of Human Rights for the Americas. The Congressional award was presented to Dr. Puertas by Dr. Jorge Luis Romero Castro, Vice-Chairman of the Andean Parliament’s Commission on Human Rights. Dr. Romero, recognized throughout the Americas for his distinguished humanitarian work, including his long and continuing support of Latter-day Saint humanitarian efforts in Peru, was himself given a special award at a banquet in his honor last October by the BYU Hispanic Management Society.

Giving unto “the Least of these”

The Liahona Children’s Foundation is now working to reduce malnutrition among Latter-day Saint and other children in twenty countries world-wide. The Foundation relies on the generosity of individual Latter-day Saints who support our work. Contributions of any size can be made directly on the Foundation’s website: https://liahonachildren.org/, or by sending a check to: Liahona Children’s Foundation, P.O. Box 1415, Spanish Fork, UT 84660. Contributions are tax-deductible.

When I used the link for the website, I received the following notice: Your connection is not private Attackers might be trying to steal your information from liahonachildren.org (for example, passwords, messages, or credit cards). Learn more NET::ERR_CERT_AUTHORITY_INVALID The webmaster should address this.

Why is there no bishops store house for these saints?