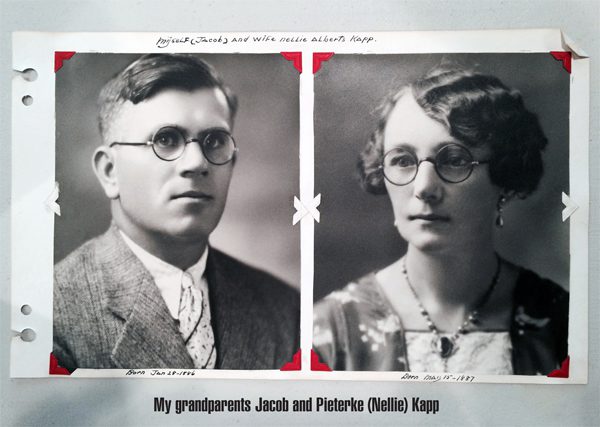 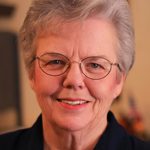 During the last two decades of her life, during her 21 years of widowhood, my mother completely devoted herself to family history, taking the bumpy bus from Orem, Utah, up to the Church’s Genealogy Library in Salt Lake City once a week to search through old films from Holland, Scotland and England to glean information about her own ancestors and my dad’s. Through this laborious method I figure she saved over 40,000 of my dad’s Dutch ancestors and many of her own from the British Isles.

Her enthusiasm for the work was palpable and I listened as she shared her joy over every new ancestor she discovered. I heard the names of people in our direct line that she was discovering weekly, and could not help but feel her passion for the work, but I was busy raising kids and then beginning my songwriting career and I just never felt the urge to become personally involved. In the back of my mind was a phrase from my patriarchal blessing which said I would experience a strong desire to be involved in genealogy and family history work, but I conveniently avoided focusing on that phrase for decades.

When Mother passed away in 1991, my sister Ann (Nettie) and I had just a few days to make decisions about the disposition of everything in her apartment. She had scaled down twice so this was doable for us. Her worldly possessions were simple and few, and it was obvious to us what really mattered to her—filing cabinets and a banquet table filled with family history records and scrapbooks. To expedite our work I brought all of these materials to my home and stored them in a few large drawers until we could decide later what would become of them.

The majority of Mother’s research was devoted to Dad’s side of the family. Both of his parents joined the church as teenagers in Holland and emigrated separately to America, where they each worked to earn the money to bring their large families to Zion. Eventually each of their families were able to reunite in Ogden, Utah, and my grandparents met and married there. My grandfather, Jacob Kapp, kept beautiful handwritten family history records and several of the books I stored after Mother’s death were his.

My mother had hired a Dutch researcher, Tonya Muir, to help research the records, and together they had had great success. After Mother’s death, I hired Tonya to continue the work on her own and our family performed the temple ordinances for the ancestors she found. The work went well during this time and Tonya said, “It is because your mother is helping me from the other side—she promised she would if it were permitted.” We continued this work with Tonya until my husband Doug and I left on a full-time mission to Santiago, Chile in 2002.

After our mission, I began working with Tonya’s daughter, Lesa Pringle, who was familiar with all of the modern methods of family history work. She computerized all of my mother’s records and

has kept our extended family supplied with Dutch names for whom we could perform temple ordinances for many years. It has been a marvelous experience for all of us. Still my personal involvement had only been hiring someone to help us and making sure the ordinances were done.

Now fast forward to 2015, 24 years after I had stored the records in my home. I received a letter from a Kapp relative, Jedd Parkinson, descendant of my Dutch grandfather’s sister, who said he was writing a book about the families from one area of Holland who joined the church and emigrated to Zion at around the same time. Through Jedd and my son Robb, I received a photo that I didn’t even know existed—a formal photo of my great grandparents Jacob Kap and Gessien Boekweg, with their twelve children. My grandfather is standing on the far right.

Something very powerful and profound happened to me as I looked at those eight sons and four daughters surrounding their parents. I could not quit looking at it, and I printed an 8 x 10 copy of it and posted it above my computer where I could look at it several times a day. These were my ancestors who first accepted the gospel which has brought so many wonderful blessings into my life! People of such great faith that they left behind their country, their customs, their language and their friends to come to America and build up Zion. I felt I owed them everything, and I longed to know all about them. I could not look at the photo without tears coming to my eyes.

Jedd called to see if he could meet with me and wondered if I had any information about our common ancestors from Holland. I told him my grandfather’s records had been stored in a drawer here for over two decades but I didn’t know what was in them. We set a date to meet with Jedd and I invited our children and my brother Gary to come to the meeting. During the week before the meeting, I took all of my mother’s records from the drawers and started looking through them.

It would be difficult to describe my feelings during this week as I was just overwhelmed with love and gratitude for the people whose names and photos appeared in those books. I found life stories—some short, some longer— of my ancestors, and I literally hungered to read them. These records were the greatest treasures imaginable. I went through more boxes of Kleenexes that week than I care to admit.

Our meeting with Jedd was exciting to all of us and we made a plan for going forward in making our discoveries available to all on the church’s family history sites. I was to extract the stories from the books (which were often on old faded paper) my son John would scan them and send them to Jedd and he would convert them into pdf files we could edit. After the meeting, I knew I was fully invested in this project and I set up a banquet table (like my mother’s—she would have been proud of me!) and spread out all the records to work on them through the summer and beyond.

At about this time, we travelled to Perry, Utah, for a Kapp family reunion and to honor the 80th birthday of my brother Jack Kapp’s widow, Sue Farson Kapp. During this event I talked to my nephew Kenny Kapp, Jack and Sue’s son, about our family project and he responded with great enthusiasm and wanted to help. He came to Provo and met with us and had a nice plan for how we could accomplish our work efficiently. He is the ultimate computer expert and is also serving a part-time family history mission during his retirement. He was just the person we needed to complete our team.

As we scanned the stories, our daughter Lynne started coming to our house to proofread the final copies with me and we have had many touching experiences in reading our ancestors’ stories together and finalizing them for Kenny so he can make corrections and post them on ancestry.com and family search. He sent a beautiful copy of his first post just today. Our children and grandchildren are still involved in performing the temple ordinances for those relatives who have not had a chance to receive the gospel. Discovering the stories of those who did join the church is such a sweet experience.

Here, for one example, is the conversion story of my Grandma Pieterke (Nellie) Alberts’ family who later met and married Grandpa Jacob Kapp in Ogden, Utah. The story was related by her sister-in law, Orpha R. Alberts and took place in Holland in 1894:

“Nellie had a little friend, Betty Grundman, whose family belonged to the Mormon Church. Betty invited Nellie to go with her to Sunday School, but [her] father had heard such outrageous tales about the Mormons that he forbade her to go, saying he would rather see every one of his children dead than to see them go to that awful church.

“One evening father and mother had gone to visit friends a mile or so away, anticipating a pleasant evening, when one of their children came running in to inform them that Albert was sick and having convulsions. They hurried home as fast as they could. When they arrived they found their boy recovering and resting comfortably in bed. They wanted to know just what had happened. The older sisters were almost afraid to tell how Albert had suddenly gotten so ill and went into convulsions and they thought he was going to die. With mama and papa away the only one they could think of was that Mormon, Mr. Grundman, who came over bringing two Mormon missionaries with him who anointed the sick boy with oil [and blessed him] and stayed with him until he was out of danger.

“Father was amazed, he didn’t know there was any good in such people as they had been represented to be. Next time Betty asked Nellie to go to Sunday School with her, her father said, ‘Yes, you may go.’

“Mr. Grundman came over to see how Albert was getting along and brought some literature about the L.D.S. Church which he asked father to read; he also gave him a Book of Mormon. Father was very much impressed and began to investigate their teachings. He had belonged to several other churches at various times and had never been quite satisfied with their teachings, but this church seemed to have what he was seeking. . . .

“Father and mother joined the church and were baptized September 8, 1894. Some of their old friends and neighbors shunned them but there were many others in the town who belonged to the church. Father took an active part in the church and became well-versed in the gospel.” (1)

This story is taken from a twenty-page document by Orpha R. Alberts who said the following in the Foreword to her writings:

“I hope sometime that someone with a better education and more talent than I will rewrite these little stories that I am endeavoring to collect, and that they will be appreciated and treasured by all our children.” (2)

I hope she has been looking over our shoulders during the past weeks as we have discovered her precious writings and have scanned and retyped her old yellowed and tattered document that has told us more about our courageous ancestors’ lives in Holland and in America than we have ever known before. Soon it will be posted where it will be available to all, just as she wished, and “will be appreciated and treasured by all our children” as she hoped.

I am from Groningen (NL) and I'm related to the Boekweg family. My great grandmother was Wubbina Boekweg, born in Noordbroek (NL) The are a lot of LDS members withe the name Boekweg/Buckway they are all related. He's a link to the birthcertificate of your Great Grand father Jakob Kap. And here's a link to my familysite https://mijnstamboom.net/showmedia.php?mediaID=586&medialinkID=1372

Thank you for sharing your new addiction. I'm so glad that you are finding so much about your family. You have been doing a great work for many years in hiring researchers and doing temple work, but there is such an excitement when you find your own people and learn of their faithfulness. We are going to serve another mission at the St. George Regional Family History Center. Good luck with your projects. I know that we are not alone as we do this work. Our ancestors are VERY close and will direct us as we search.