How the Marriage Case Went at the Supreme Court | Meridian Magazine 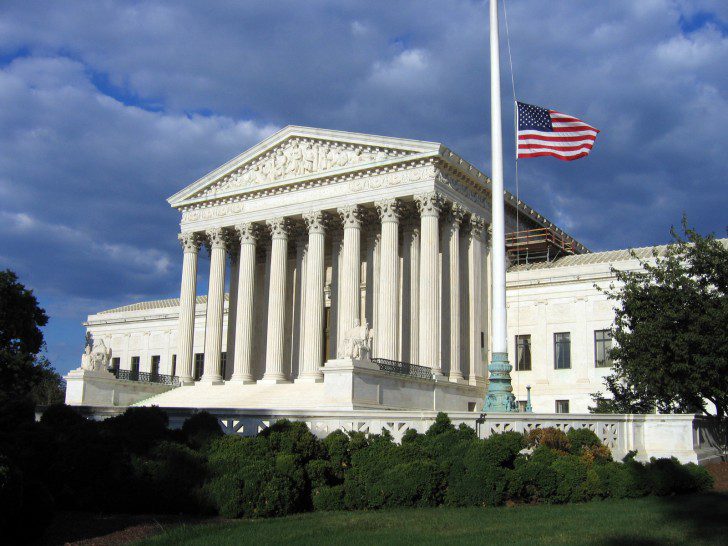 How the Marriage Case Went at the Supreme Court

The oral arguments have finished at the SupremeCourt regarding the freedom of states to determine their own marriage laws, in a case that is one of the most important in our lifetime. Here’s some of the media responses to this day in court with quotes and links to give a sense of the climate.

“Many questions on Tuesday centered around the definition of marriage and whether the decision to authorize or ban gay marriage should be left to voters in individual states or decided by the judicial system.

“All eyes were on Justice Anthony Kennedy, considered a key vote for challengers to the state bans, who has penned three decisions in favor of gay rights over the years.

“At the start of arguments he joined other conservatives concerned with the fact that marriage has been defined between a man and a woman for a long time. ‘This definition has been with us for millennia,’ he said. ‘And it’s very difficult for the Court to say, oh, well,–we know better. ‘

“But later Kennedy pressed John Bursch, a lawyer defending the bans. ‘Same sex couples say, of course, we understand the nobility and the sacredness of the marriage. We know we can’t procreate, but we want the other attributes of it in order to show that we, too, have a dignity that can be fulfilled.’

“Religious institutions could be at risk of losing their tax-exempt status due to their beliefs about marriage if the Supreme Court holds that gay couples have a constitutional right to wed, President Obama’s attorney acknowledged to the Supreme Court today.

“It’s certainly going to be an issue,” Solicitor General Donald Verrilli replied when Justice Samuel Alito asked if schools that support the traditional definition of marriage would have to be treated like schools that once opposed interracial marriage. “I don’t deny that.”

The Constitution Is Silent on Same-Sex Marriage

“An older view of marriage has steadily been losing ground to a newer one, and that process began long before the debate over same-sex couples. On the older understanding, society and, to a lesser extent, the government needed to shape sexual behavior—specifically, the type of sexual behavior that often gives rise to children—to promote the well-being of those children. On the newer understanding, marriage is primarily an emotional union of adults with an incidental connection to procreation and children.

“We think the older view is not only unbigoted, but rationally superior to the newer one. Supporters of the older view have often said that it offers a sure ground for resisting polygamy while the newer one does not. But perhaps the more telling point is that the newer view does not offer any strong rationale for having a social institution of marriage in the first place, let alone a government-backed one.

“What ought to matter for the Court, though, is that the Constitution neither commands states to adopt one of these understandings nor forbids them to do it.

Over 150 amicus briefs were turned into the Supreme Court and here’s a sample of how the arguments look supporting man-woman marriage laws. We’ll list four of them here and the others are available at the link.

Here’s a position different than The Church of Jesus Christ of Latter-day Saints took when same-sex marriage came to Utah.

“’That’s the blunt warning a group of prominent religious leaders is sending to the Supreme Court of the United States as they consider same-sex marriage.

“’We respectfully warn the Supreme Court not to cross that line,” read a document titled, Pledge in Solidarity to Defend Marriage. “’We stand united together in defense of marriage. Make no mistake about our resolve.”

“While there are many things we can endure, redefining marriage is so fundamental to the natural order and the common good that this is the line we must draw and one we cannot and will not cross,” the pledge states.

I appreciate the care with which the Justices interviewed the attorneys in yesterday's Oral Arguments before the Supreme Court. Thoughts: 1) Yes, "marriage," by dictionary definition, is between a man and a woman and has been so for thousands of years. The 14th amendment, which guarantees equal protection under the law, is not compromised by maintaining this definition, as every man and every woman still has the equal right to enter into a (man/woman) "marriage." And many with same-sex attraction have chosen to do just that, and successfully so, demonstrating it is a viable option. Further, can a body of nine truly change the definition of so fundamental and timeless a word and concept as marriage, in which biology is inherent? I think not, anymore than someone could decree that the sun is not shining at noon day and have that be true. To paraphrase Shakespeare, a non-rose is still not, in reality, a rose, even if so named, due to even passionate desires of the minority. 2) Ten years of experimenting with same-sex unions and parenting is not enough to be conclusive, where children, who take at least 18 years to grow up, and more to demonstrate their ability to function as adults and parents themselves, are concerned. 3) Moral relativism, under which tolerance of homosexual behavior has been espoused for years, states that no one can know what is true, so all should tolerate others' values. We see, however, that Christians' rights of conscience are not being tolerated where so called sexual civil "rights" are gaining states' seals of approval. It appears that, in 2015, the homosexual agenda is no longer about "tolerance," and the "equal" application of moral relativism to their own contentions, such that neither can they know what is true. Instead, "tolerance" has been replaced by tyranny when it comes to others' beliefs. And tyranny goes against the very foundations of what America is all about. 4) The fact that religious freedom, our first, constitutionally-guaranteed freedom, is and will be compromised by redefining marriage to include same-sex couples, (such as a former Salt Lake policeman, a Navy Chaplain, various wedding service providers, and others have painfully learned) demonstrates that it is inherently anti-constitutional and unconstitutional for the Court to force states to accept same-sex marriage. The Justices have a very hard job, under immense pressures. I hope that, as all the world looks on, they will rule in favor of the US Constitution, states' rights, first freedoms, the natural need of children for a mother and a father, and the American way, and maintain the definition and sanctity of marriage as between a man and a woman.