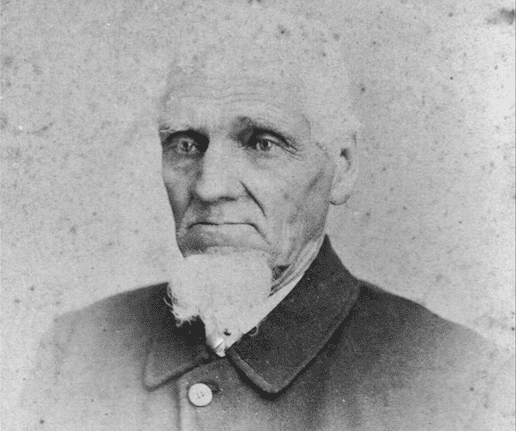 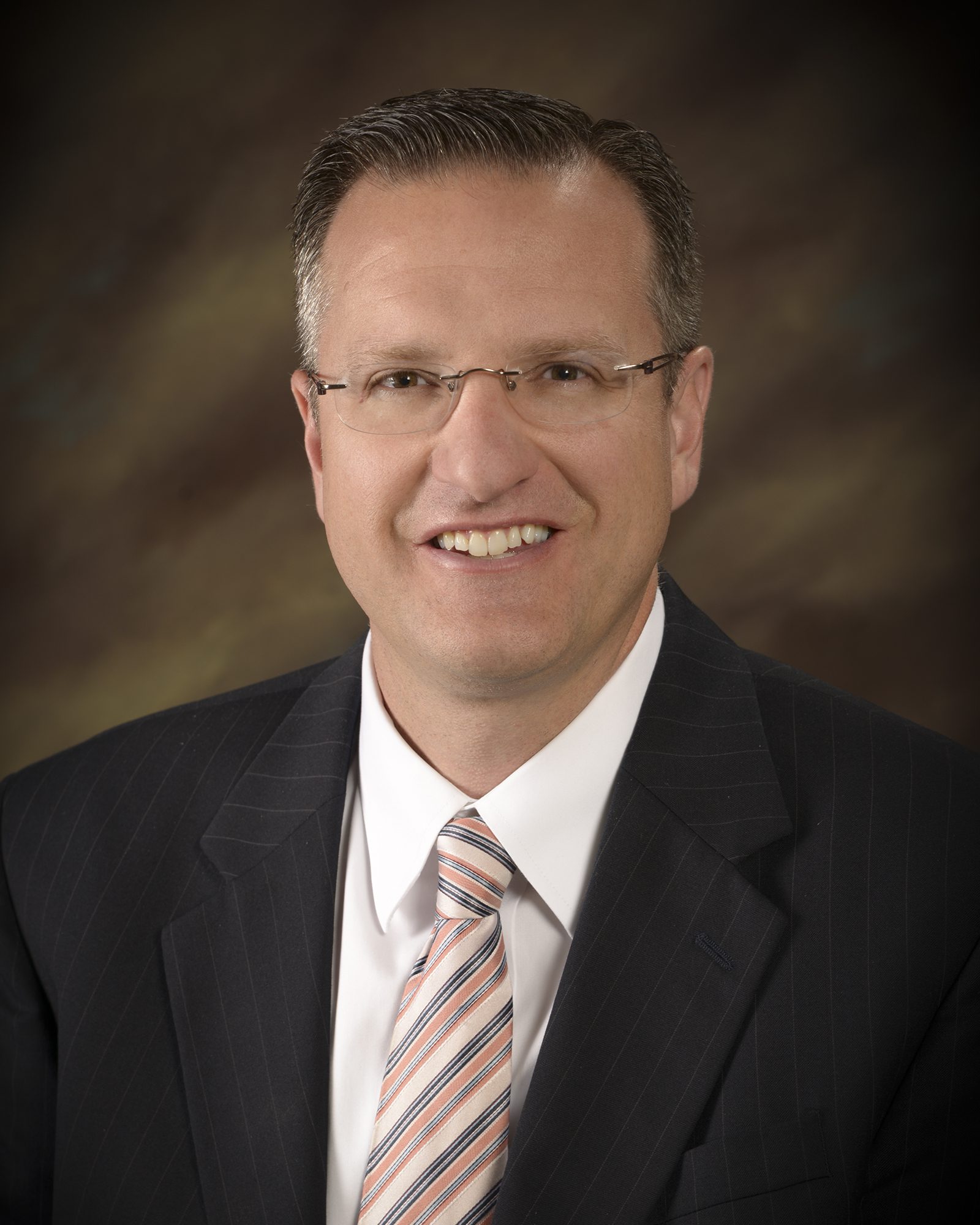 As a member of the founding family of Mormonism, William B. Smith has long been a person of interest in Latter-day Saint history. Six years younger than his prominent elder brother Joseph Smith Jr., the founder of the Mormon religion, Smith was present for his brother’s earliest recitations of his revelatory experiences, an early witness to the events connected to the coming forth of the Book of Mormon, and a participant in most of the meetings that laid the groundwork for the establishment for what would eventually become known as the Church of Jesus Christ of Latter-day Saints.

Smith held many prominent positions within the movement, as he migrated with the Saints through the states of New York, Ohio, Missouri, and finally to Illinois. He was an active missionary from 1832 through 1845 and had marked success in adding hundreds of converts to the expanding church.

Smith progressed rapidly through the priesthood hierarchy of the Church, becoming a member of the original Quorum of the Twelve Apostles in 1835. When the Church was headquartered at Nauvoo, Illinois, he was among those trusted by his brother to be initiated into the Quorum of the Anointed (endowed) and be introduced to plural marriage. The following spring he became part of the private Council of Fifty, just prior to the murder of his two older brothers, Joseph and Hyrum. While he resided in Illinois, his was the privilege of representing Hancock County in the state legislature, where he played a key role in defending Nauvoo’s controversial charter. Smith successfully published the Wasp, a newspaper at Nauvoo, and oversaw the publication of the Prophet in New York in 1843-45 during the time he presided over the eastern branches of the Church.

These papers were instrumental in defending the Saints’ viewpoints at the state and national level. William also succeeded his brother Hyrum as Church patriarch, acting in that calling even before he returned to Nauvoo in May 1845 where the Twelve confirmed this hereditary office. He energetically magnified this calling, bestowing more than three hundred blessings on the Saints during the summer of 1845 as patriarch. As the only surviving male member of the Smith family after the summer of 1844, he was looked to by many members of the Church for his views on succession and church policy.

In October 1845, simmering tensions between him and his fellow apostles boiled over, and he was excommunicated in a dramatic break with Brigham Young and the main body of Mormons who eventually settled in Salt Lake City. From that point on, Smith’s name all but vanishes from Church history.

Saints in the West branded him an apostate, and any mention of his name in LDS Church history decried his rebelliousness and insubordination. For that reason, most of his contributions to the building up the early Church have been lost to the reader. While there were certainly challenges related to his personality that impacted his leadership and decision-making, simply dismissing him from the record fails to account for his vast contributions during the fifteen years between 1830 and 1845.

But William lived an additional forty-eight years, dying at age eighty-two in the obscure town of Osterdock, in northeastern Iowa. The twelve years following his dramatic departure from Nauvoo were equally turbulent as he roared through various factions of the LDS movement. In addition to several unsuccessful attempts at organizing his own church, Smith joined with noted dissidents: James J. Strang, Lyman Wight, Martin Harris, John C. Bennett, George J. Adams, and Isaac Sheen. His interactions with pockets of Saints throughout the Midwest and East are a valuable resource in understanding the views of those who did not follow Brigham Young’s leadership.

His voluminous surviving letters not only reveal Smith’s attitudes and motives, but also those with whom he interacted. He also made multiple attempts at being reinstated into the LDS Church in the West, including being rebaptized in 1860. However, most of these attempts included William’s stipulation that he be restored to his former offices, something Church leaders in Salt Lake City were unwilling to grant. In the end, he never gathered to Salt Lake City.

One little-known discovery in researching William was his openness towards African-Americans in early Church history. He ordained a black convert in Lowell, Massachusetts, Q. Walker Lewis, to the office of elder in the Church’s Melchizedek Priesthood. Lewis and Smith labored together for more than a year after Lewis was ordained an Elder, while Smith presided over the eastern branches. William similarly ordained black convert Joseph T. Ball a High Priest, and afterward installed him as president over the Boston Branch of the Church.

He later argued forcefully, in a view that ran counter to Joseph Smith III’s sentiments at the time, that the “Constitution of these United States makes no distinction in the human family; all men are born free and equal.” He quoted the apostle Paul that “god has made of one blood all nations,” and argued “by what authority [then] have we the right to say that a colored man has no right to be ordained to all the powers of the priesthood, necessary for the building up the church of Christ in any part of the world, among any race of people, whether black or white.” Thus, when the Civil War broke out, William eventually joined the fray, enlisting in Rock Island, Illinois, and serving for about a year and a half. He participated in skirmishes in the Arkansas River Valley, and while he returned without being wounded in battle, he suffered from ailments contracted during the Civil War for the remainder of his life.

Finally, in 1878, William linked his experience and aspirations with the Reorganized Church of Jesus Christ of Latter Day Saints (now the Community of Christ), under the leadership of his nephew Joseph Smith III. Prior to its organization, William had laid out the blueprint for the formation of his nephew’s church, something that has been previously ignored in RLDS histories.

Though the tenets he outlined were eventually adopted by his nephew, RLDS leaders viewed William as a liability. While Joseph III accepted William into his Church on the basis of his original baptism in Joseph’s Church, he never appointed William to a prominent position within the movement, even as Church patriarch, and discouraged his attempts to infiltrate the Church’s hierarchy. As a result, once again, William’s contributions to the formation of the RLDS Church, as well as what he brought to that movement for the better part of fifteen years, have been vastly understated in RLDS histories.

Another chapter of William’s life that has received little attention were his final years spent in Northeastern Iowa. By the decade of the 1860s William had remarried and seemed to make a fresh start, distancing himself from any branch of Mormonism for about eighteen years. During this time period he established a solid and respectable reputation in the communtiy of Elkader, Iowa, occasionally preaching in the community, overseeing the Sunday School Association, and speaking at funerals and other notable celebrations.

Towards the end of his life, Samuel Murdock, a local judge, described William as an individual “whole life was one of rectitude and honor.” Such a tribute highlights the contrasting descriptions of William’s unstable life—remembered as both rogue and respected citizen; saint and sinner; apostle or an apostate; profligate brother of the Mormon prophet or revered patriarch. For these reasons, and with my background as a professional counselor, I had a desire to flesh out William’s complex personality. William remains for me one of the most fascinating characters in nineteenth-century Mormon history.

With all of William’s contributions to Mormonism, it is rather surprising that more has not been written about him. Calvin P. Rudd, a former faculty member from the Salt Lake LDS Institute of Religion, wrote a master’s thesis in 1974, but only minimally accessed the vast resources on William owned by the RLDS Church. Nearly everything else written about William is by authors who have focused on his struggle with Church authorities over the scope of his patriarchal authority in 1845. Only one has attempted to highlight his interactions with his nephew Joseph Smith III, and none of the articles have attempted to probe the depths of Smith’s complex personality.

Consequently, his life has been presented in truncated vignettes. This biography covers his entire life, beginning with William’s recollections of and contributions to early Mormon history prior to his 1845 break with Brigham Young and the Twelve and continuing with the events of the final fifty years of his life. From that basis and with due caution about the pitfalls in attempting to “diagnose the dead,” in Steven Harper’s felicitous phrase, I attempt to sort out the complexities of his enigmatic personality. Despite the abrupt discontinuities, reversals, disappearances, and spectacular public comebacks, this biography bridges those gaps in the life of William B. Smith.

“Why study the process of dissent?”, asked Ronald W. Walker in his classic history Wayward Saints: The Social and Religious Protests of the Godbeites against Brigham Young (Provo, UT: Brigham Young University Press, 2009). Answering his own question, Walker clarified that studying dissent assists to flesh out clues related to “personality trait[s]” that help us understand the individual. But, he emphasizes, even more importantly, “the process helps to clarify a historical era. By defining the ideas and policies that divided the apostate from the mainline believer, we find what a former age valued—even to the point of defying old allegiances and old associates.

In short, by studying dissent we gain the means to view a society as the participants themselves saw it—and not necessarily as we today assume it to have been.” (p. 72). In the case of Willliam B. Smith, we gain additional insights into the dynamics of Mormonism’s first family. One item that came to the fore was the Smith family’s rather remarkable ability to continue to support and encourage their wayward son and brother.

My personal interest in William dates back many years, when I first began researching on the Joseph Sr. and Lucy Mack Smith family. Most of what I had heard and read about William prior to my research was adverse and dismissive. Prior research has referred to him derisively, including articles that included in their titles, “Problematic Patriarch,” “A Wart on the Ecclesiastical Tree,” and the “Persistent ‘Pretender.’” I certainly concur with some of these author’s perceptions about the challenging nature of William’s leadership.

By all accounts, William was a complex person who wrestled with insecurities and fits of passion that sometimes overrode his noble desires and family loyalty. But I also began to discover his vast contributions to the upbuilding of Mormonism, including his missionary success, his persuasiveness as a gifted orator, his propensity to accurately portend the future, and his charismatic leadership. I had a desire to highlight all sides of his personality, which I felt was more complex than can be captured in a single article and best evaluated over the course of his life.

Joseph was extremely patient with William and forgave him many times for his passion and verbal assaults sometimes directly and sometimes more indirectly aimed at the prophet. The fact that William held such responsibility during Joseph's lifetime, even after all he did, is further evidence of Joseph's patience, love and forgiveness. We should follow the prophets example and embrace him as Joseph would do.

As Churchill said, "History is written by the victors". Thanks for the added insight beyond normal church publications into a complicated man and his life decisions.

Introducing a No-pressure Way For People to Explore Our Doctrine

The Best Fiction for Reading as a Family