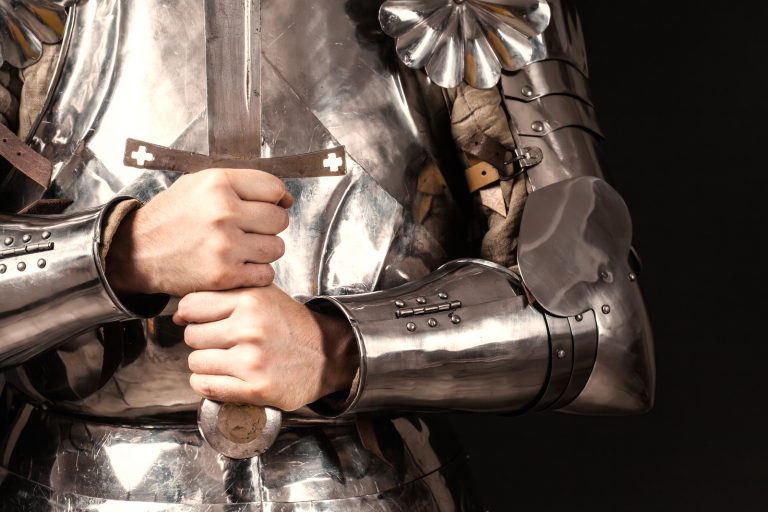 To get your copy of “Latter-day Warriors: Stepping into Your Spiritual Strength”, visit Amazon, the BYU Bookstore or Deseret Book.

It’s no secret that warrior souls who fought in this Pre-Mortal battle are amongst us now. In this latter-day world, the potential and capabilities of each soul is infinite. Youth of this generation seem to possess a keen sense of destiny. Brother Randall L Ridd said in General Conference: “…I would like to address you as the ‘choice generation’ because never before in history have individuals been blessed with so many choices. More choices mean more opportunities; more opportunities mean more potential to do good and, unfortunately, evil.” Remarkably, both the evil and the good manifest in this generation are powerful witnesses of the power these “Latter-day Warriors” possess.

I am privileged to witness this potential, every day, in the eyes of youth (both misdirected and devout) as a Seminary teacher. With this in mind, I’ve thought back to some of the greatest “warrior spirits” I ever knew, and this brought me to think of my time as a BYU football player. I was no standout myself, but I knew some of the greatest, most zealous and intense players. These strong, mighty men, who’s very physical presence commanded attention and leadership, were also firm in their testimonies of Christ, like the Stripling Warriors of old.

One of these warrior spirits, Markell Staffieri, shared with me a fascinating story of his own. He was a great spiritual leader on the football team, but shared that “stepping into (his) spiritual strength” had been a battle. He shared with me a personal story he believed can help future youth:

Markell: “(A) big challenge came when I went on my mission. I was called to Brazil. I was excited; my expectations were high. Both my brothers had served missions, so I wanted to honor my family and be an awesome missionary. In terms of worthiness, I felt like I was ok at first. I knew I hadn’t been the perfect kid, but I still felt like I was alright being on a mission. I went through the MTC, was in my area for a month, and my spirit just didn’t feel right. I felt like maybe there were things I needed to take care of.

“I called my mission president and said ‘Hey, I need to talk to you; can you come to my area?’ So we talked, and the decision was made that I needed to return home and take care of things.

“Confessing is hard, man. It took a lot for me. When I got home, I had to sit down with my stake president. He released me as a missionary, and he interviewed me. It was humiliating. It’s very humbling to sit there and say, ‘Maybe, maybe I lied to you. And I’m sorry.’ I think that’s one of the reasons people don’t confess. In our last ward, I was a young men’s president, and I always encouraged the young men to confess, if they needed it. I told them ‘Look – the Bishop’s here to help you. When you don’t want to talk to anyone else, please just let him help you. He won’t hold on to the things you say.’

“So many blessings came from one confession. One immediate blessing was the burden that was lifted. I felt free from my sins. Satan no longer had control – nothing to hang over my head. Although coming home was tough, I felt relieved to have a clear conscience.

“…I got a new mission call to Columbia, South Carolina. I jumped into that mission, gung-ho. This is where I became so grateful I had confessed and become clean. Because I was now ready and worthy, I began to realize how much the Lord truly loved me. I could feel the Spirit added back into my life, and the power of the Atonement bolstered me to make better decisions. This time, I was worthy to finish. The amount of growth that took place in my life in those two years couldn’t have been done in any other setting. The experiences I had with the people I met and taught on my mission were irreplaceable. The relationships I formed in South Carolina would have never taken place, had I not gotten my spiritual life back on track.

“I was forced into some leadership, and I say forced; I don’t think it was because I was a great missionary. Being a leader taught me so much because I was in a position to help missionaries that had problems. I’ll never forget an experience I had with a missionary that came to me for help. He and his companion were having a lot of friction, and he was really struggling. He asked if he could meet with me after a zone meeting. I remember asking him all of the standard questions: ‘Are you reading your scriptures? Are you being obedient to the mission rules?’ all that stuff. He was like ‘Yeah. I’m doing all those things. I don’t know what’s going on.’ It’s cool how the Spirit works; I’ve heard people say that the Spirit blesses bishops and helps them forget, so they don’t hold on to interviews. I think I was blessed in the same way. I don’t remember anything I said to him from that point on, but when I was done, he sat back in his chair and started to cry. He said, ‘It’s not fair.’ I said ‘What’s not fair?’ He said, ‘It’s not fair that you have the Spirit strong enough to know that.’ Apparently, whatever I talked about was the issue. So we talked it out. It was really cool to know that if you’re fulfilling your role, and if you listen, the Spirit will talk to you. He had a huge problem and I don’t know what it was. I don’t think it was any grievous sin or anything – I have no idea what it was, but that experience was so cool to me. The Spirit will direct you. You’ll know how to help people, and still respect them, so you don’t judge them later on.”

“That helped me so much personally, because when I had come home earlier from my mission in Brazil, I had felt a lot like I betrayed the trust of my bishop and stake president. It gave me a different perspective; they don’t look at you that way. It kind of helped me move forward.”

After finishing his mission in South Carolina, Markell became a great leader on our football team. He was a starter all four of the years he played at the Y, and amassed 132 tackles. It was also during Markell’s time at BYU that he met his wife, Anna Beck.

Markell: “Anna and I met at the orientation to be BYU Sports & Dance Camp Counselors during the summer. I recognized her in line; I had spoken with her a week or so prior, in Legends Grille. I felt awkward not saying anything, so I turned around and said ‘hi,’ and we started talking. Anna mentioned that she was John Beck’s sister and I waited for the opportune moment – when she went up to the front to gather paperwork – to call John and ask him if I would be able to take her out. He gave his permission and then promptly added, ‘Can you give her a ride home, too? I was supposed to pick her up.’ The next night, John, his wife Barb, Anna and I went on a double date to the Nicklecade in Orem. From that night on, I think the only day we didn’t go on a date was when I was on a family vacation to Italy!

“Toward the end of summer, we were out on a date and Anna said, ‘You know, I can see myself being married to you.’ I responded with, ‘Well, football training camp starts in 3 weeks. Can we wait until after the season?’

“We ended up getting married Tuesday, November 28, 2006 in the Provo, Utah temple. It was just three days after the final game of the season – the famous ‘Beck to Harline’ game against Utah! I couldn’t have asked for a better week – Thanksgiving, beating Utah, and then capping it all off with marrying the love of my life!”

Markell and Anna were both present during my interview with them in their home in Southern California. They now have three children: sons Camden and Beck and daughter Sicily.

Anna: “I look at my kids and think that they have some of that warrior spirit within them. They have a little fire inside! I watch teenagers in my ward who have a fighting spirit and think, ‘You know what? One day, that’s either going to be their greatest strength, or their greatest weakness. We just have to do all we can to persuade them to be righteous leaders.’ It’s an awesome characteristic to have! You just have to channel it into the right cause, or else it can become destructive. My oldest has it, and I think to myself: ‘That kid is going to be a challenge to raise. But, if we do all we can to get him fighting for the right things, he can be great.’”

Markell: “That’s another reason why I’m so happy I finished my mission right. I look at where I am now, as a husband and a father. I’m sealed to my family in the temple. I’m worthy to bless my wife and children when they need the Priesthood. None of this would be possible if I had stayed on the course I was originally on.”

Amazing interviews I had with warriors like Markell make up the book, “Latter-day Warriors”. I was amazed, interview after interview, to find various means by which the Lord caused the inner warrior in these men to come forward. It was also interesting to see many of these players’ wives who, during the course of the interviews, also revealed warrior stories and warrior spirits. I firmly believe that these latter-day youth – every one of them – have a fighting spirit within them.

To get your copy of “Latter-day Warriors: Stepping into Your Spiritual Strength”, visit Amazon, the BYU Bookstore or Deseret Book.

Brock Richardson is my grandson-in-law. I can honestly tell you he lives his life as well as he writes. Latter Day Warriors is so informative for the youth and such a help for their parents. It will help them to realize their real potential as children of God and the reasons we are here on this beautiful earth. He uses examples that the youth of today can relate to, when often old folks like us can't get the real idea and how glorious it all is. A great book and I am very proud of him and my granddaughter Stephanie and how they are living their lives and raising those beautiful great grand-kids of mine.