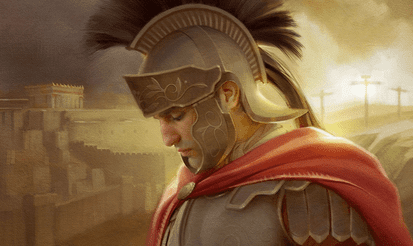 Richard L. Black writes of truth and hypocrisy, of faith and disillusion, loyalty and dishonor. In Maximus he creates a character tempered by war who seeks peace. It’s at a time when the Roman Empire is the dominant power in the known world and all who refuse to pay tribute to Rome pay with their lives. General Lucius Fabius Maximus, son of a Roman Senator, has arrived at his esteemed status via fifteen years of battling and conquering vast portions of Europe and Asia. At the end of a hard fought campaign he questions the rightness of Rome’s subjugation of other lands. He questions too, the gods Rome worships. Then comes an assignment like none he’s ever experienced before.

Maximus and his huge friend, Androcles, who is also his second in command, are assigned to travel to Judaea to ascertain the danger a Jewish rabbi poses to the Roman Empire. They are to go disguised as Jews. Trading their weapons and armor of war for long woolen robes and bearing the itchiness of beards is difficult enough, but learning the history and beliefs of a people who worship only one god, have been conquered at some time by every surrounding country, hold to a belief that a messiah will one day free them, and enduring being looked down on and insulted at every turn is nearly impossible for two men accustomed to being honored and obeyed.

Maximus saves the life of a fisherman. His family invites the two strangers into their home and soon they love and are loved as family. They watch and listen to Jesus of Nazareth and conclude he is a greater danger to the Jewish ruling body, the Sanhedrin than to Rome. They are convinced he is a man of peace. Soon they are torn by questions.

Should they unite themselves permanently with the daughters of the family? If the girls marry Romans will they be forever shunned by their people? Is it possible Jesus could really be the messiah? Can they keep the weak Pontius Pilate from caving in to the power motivated Sanhedrin? When their mission is complete can they return to their military life as legates of Rome?

This is a powerful novel on a grand scale with some of the great Biblical epics of the past. Sweeping motivations and grueling battles, both emotional and physical, fill its pages. It brings into focus the political background surrounding the life of Jesus Christ and introduces the moral dilemma facing those who choose to follow Him.

Though nothing in this story identifies it as specifically LDS, it follows in well-researched detail the significant events of the last few months before the crucifixion as viewed by humble peasants and powerful leaders. Those studying the New Testament as the Sunday School course of study this year will benefit greatly from reading Maximus. Not only is it a marvelous glimpse of history’s most significant event, but it is a rich and satisfying adventure filled with intrigue and a touch of romance.

Richard L. Black has a bachelor of science degree from California State University Long Beach. He has a varied background from stock broker to a major software corporation. He and his wife are the parents of eight children. Maximus is his first novel.