Lesson 1: "That Ye Might Believe That Jesus Is the Christ" | Meridian Magazine 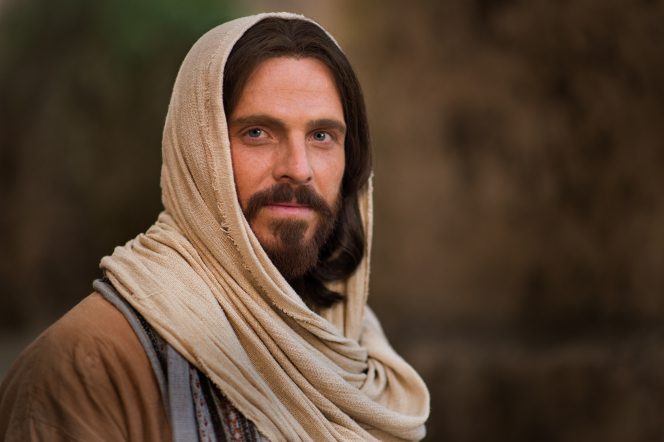 Lesson 1: “That Ye Might Believe That Jesus Is the Christ”

When Christ was born in Bethlehem, it was an event long foretold and heralded with much anticipation. Though many Christian churches believe that the gospel taught by Jesus was a revolutionary set of ideas initiated in the meridian of time, as members of The Church of Jesus Christ of Latter-day Saints, we know that from the beginning, prophets anticipated his coming and his mission. His gospel was understood by prophets and believers in dispensations from the time of Adam.

When we look for witnesses, they are plentiful. Jesus said, “Search the scriptures; for… they are they which testify of me” (John 5:39).

Indeed, Jacob taught us, “Behold, I say unto you that none of the prophets have written, nor prophesied, save they have spoken concerning this Christ” (Jacob 7:11). Nephi said of his father, Lehi, “And he also spake concerning the prophets, how great a number had testified of these things, concerning this Messiah, of whom he had spoken, or this Redeemer of the world” (1 Nephi 10:5, emphasis added).

We see that testifying of Jesus Christ — his reality, his mission, his atonement, his coming — was the privilege and focus of the prophets from the beginning. This was the essence of their teaching, and any appearance to the contrary misses the meaning or is a problem with the text.

In the economy of God there is a reason for all things and the greater the event, the more important the reason. For four millenniums nothing ever said by men or angels was as important as their Messianic prophecies. From the day in Eden when the Lord said that Eve’s Seed should crush the serpent’s head, to a glorious night four thousand years later in the Judean hills, the most important utterances made on earth were the Messianic prophecies.

And from Messiah’s birth as long as time endures, the most glorious language that has been or can be spoken contains the Messianic testimonies born by the power of the Spirit for the edification, blessing, and salvation of the receptive part of earth’s inhabitants. [1]

This lesson focuses particularly on the testimony of three of those witnesses — Isaiah, John the Baptist, and John the Beloved, but they are representatives of all the prophets who understood that their mission was to bring people to believe that Jesus is the Christ.

Elder McConkie expresses three reasons why Messianic prophecies have continued among all the righteous peoples of the earth.

First, “Messianic prophecies enabled those who lived from the beginning down to the time of his coming to have faith in Christ and thereby gain salvation.”

“Everlastingly and always salvation is in Christ,” Elder McConkie notes, and righteous people have known and understood that. Some describe coming to spiritual understanding or returning to God as a wheel with many spokes — all leading ultimately to the center. In other words, whatever people believe, as long as it inclines them toward a moral life, is acceptable.

This is not true. The only way to enter God’s presence and be with him again is through Jesus Christ. It is equally important for people who lived before Christ’s coming, as it is for us to have a testimony of this truth.

Second, “Messianic prophecies enable those who lived at the time of and after the coming of Christ to believe that it was he of whom the prophets had spoken so that they too might be saved.”

Jesus Christ is the fulfillment of the Messianic prophecies. He is the anointed and chosen one. It is not anyone else. It is not someone who is yet to come. It is not any other person. It is not any idol — whether it be materialism, or your own will, or easy gratification, or entertainment. The prophecies through the ages serve as multiple witnesses to this central fact of existence. Jesus is the Christ, the only way to be saved.

It is not a point that is debatable.

If one were basing a belief in Christ only on the number of the witnesses of his divinity and mission, you would be hard-pressed to deny his role as the Son of God.

Third, “Messianic prophecies reveal the manner and system of prophetic utterance and fulfillment so that the prophecies relative to the Second Coming may be understood, thus enabling men to prepare for that great day and the salvation that attends it.” [2]

We cannot be prepared for the Second Coming or the eternities without understanding and believing in the mission of Jesus Christ.

One member of our ward said, however, that it wouldn’t be enough to only think that some distant time in the future would be joyful because she had a testimony of the Savior. What mattered to her was that her testimony of Jesus Christ lifted and transformed the present. It is our witness, reinforced by the witness of others that Jesus is the Christ, that makes life here and now abundant and hopeful, our trials endurable.

When Christ visited the righteous people of the Americas, he quoted extensively from Isaiah and said, “And now, behold, I say unto you, that ye ought to search these things. Yea, a commandment I give unto you that ye search these things diligently; for great are the words of Isaiah” (3 Nephi 23:1).

In the Old Testament, there is no prophet that testifies more clearly or beautifully of Christ’s mission than Isaiah. The verses in Isaiah 61 used for the lesson are the merest sampling of Isaiah’s Messianic testimony.

What is particularly significant about them, however, is the Savior used these verses to proclaim his identity in the synagogue at Nazareth. Christ had been teaching in the towns round about, and then returned to Nazareth, his former home. On the Sabbath day, he attended the synagogue listening to the reading the law and the prophets. In these services, men were appointed to read, and now he was recognized as a teacher, eligible to assume the reader’s place.

On this occasion, he chose to read from Isaiah, quoting the first two verses, closed the book and then sat down. Readers could also make commentary, so expectant eyes were probably upon him. The scripture He had quoted was one recognized by everyone as specifically referring to the Messiah, who was so greatly anticipated. Instead of detailed commentary, his only words were a declaration, “This day is this scripture fulfilled in your ears” (Luke 4:21).

His clear, unapologetic pronouncement that he was the Messiah offended them greatly, but rings in our ears with joy. Who among us is not the brokenhearted, the captive, the blind or bruised? “He hath sent me to heal the broken hearted, to preach deliverance to the captives, and recovering of sight to the blind, to set at liberty them that are bruised” he announced.

Where there is aching need, he has come to fill that need, to bind the wounds no mortal bandages can assuage. He is the compensation for our losses, which sometimes seem so great that no compensation could be possible. This is a wounding world, and none of us emerge without scars and pain. Our lives involve dashed expectations, unfulfilled hopes, disappointing weaknesses, debilitating sins that sometimes seem to hang on us like a chain. He is the balm, the liberator, the constant friend, the one who springs us from debtor’s prison from which there seems to be no relief.

The phrase “delivering the captives” also refers to those in spirit prison, bound by ignorance, who can be set free through learning the gospel. It refers to those whose minds are bound by falsehood and oppressive philosophies. It points to the prison of self-absorption and worthless, guilt-ridden impulses which bind us.

Jesus Christ has willingly stepped forward to bear our burdens and make them light. Isaiah prophesied it, and Jesus proclaimed it in an echo of what was once said in the premortal world, “Here am I send me.” “This day is this scripture fulfilled in your ears.”

I will bind, bless, heal, compensate, lift, assuage, teach, expand, fill with joy, he says. This is our Savior.

The Testimony of John the Baptist

The testimony of John the Baptist, is significant because he has a special role as a forerunner of Christ. John’s mission was to overthrow the kingdom of the Jews that had apostatized from the truth. Isaiah, Malachi, and Nephi all prophesy of his coming to prepare the way. (Isaiah 40:1-11; Mal. 3: 1-6; 1 Ne. 10: 7-8). That John understood Christ’s mission in greater depth than we would see, relying on the New Testament alone, is clear from the JST verses Luke 3:4-9.

Of particular note is John’s mention of his bringing salvation unto the heathen nations and preparing the way to preach the gospel unto the Gentiles. John understood clearly that Christ was not just the Messiah of the Jews, though he would come to them first, but of the whole earth.

The Testimony of John, the Beloved

John, the Beloved, was first a disciple of John, the Baptist, and was present at the baptism of Jesus. His testimony recorded in John 1:1-14 is surely, in part, a reflection of the teachings of the Baptist. They reflect some of the many roles that Christ plays in the eternities.

John teaches us that from the premortal world, Christ was the divine Son of God. He was with the Father in a unique relationship as Firstborn. In addition, he was “of God.” In other words, he was God even then — before his mortal experience. The Word, with a capital letter, is synonymous with Christ. The gospel (the word) is Christ’s atoning mission as he perfectly fulfilled the will of His Father.

Jevohah preached the gospel in the premortal world.

Jehovah, the premortal name of Jesus Christ, is the God of Old Testament times. It was Jehovah who asked Abraham to sacrifice Isaac, who gave the 10 Commandments to Moses on Sinai, who spoke to the brother of Jared, who made covenant with the Israelites. Jesus Christ, was perfectly fulfilling the will and direction of the Father in all this. In the scriptures, when the word LORD is written in all caps, that is another name for Jehovah.

“All things were made by him” — Elder McConkie wrote, “There is no finite way to envision the extent of the worlds created by Christ at the behest of his Father. Count the grains of sand on all the seashores and saharas of the world, add the stars in the firmament for good measure, multiply the total by like sums from other worlds, and what do we have? Scarcely a dot in the broad expanse of an infinite universe — all created by Christ.” [3]

As also the light of the stars, and the power thereof by which they were made;

And the earth also, and the power thereof, even the earth upon which you stand.

And the light which shineth, which giveth you light, is through him who enlighteneth your eyes, which is the same light that quickeneth your understandings;

What enormous meaning these verses add to Christ as the light. It is his light which powers the sun and stars, a light which comes from his presence which fills all of space, a light which literally gives life to all things. No darkness can withstand this light.

I have made a resolution this year to study the lessons in the New Testament Gospel Doctrine class each week. Along with the lesson manual, I enjoy the lessons on this site, which give added informagtion on the subject. I particularly enjoyed this 1st lesson by Sister Proctor. Thank you so much for added insight.

Very enjoyable read. Thank you for such a sweet testimony of our Lord and Savior Jesus Christ.