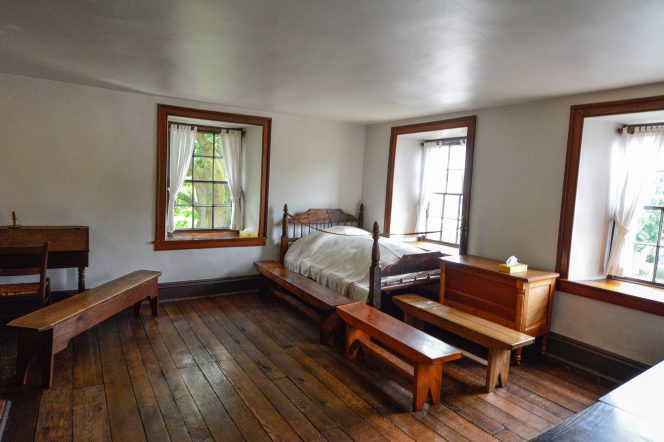 Lesson 32: “To Seal the Testimony”

On June 27, 1844, at about 5 o’clock in the afternoon, a crowd of armed men forced their way into the Hancock County Jail at Carthage, Illinois, and shot Joseph and Hyrum Smith to death. Joseph Smith had been jailed overnight on a charge of treason against the state of Illinois for having called the Nauvoo militia to arms in order to protect the city against a possible invasion by groups of anti-Mormon marauders.

Joseph prophesied his own death that very day. According to his non-Mormon lawyer, Joseph said on the morning of the martyrdom “that he should not live to see another day, so fully was he impressed with the belief that he would be murdered, all of which proved true.” 1

The assassination of Joseph and Hyrum Smith was widely denounced in America. One Eastern newspaper wrote, “No language is too strong to express the condemnation with which every good citizen must view the massacre of these men, and unless effectually and promptly punished, it puts a stain of the deepest dye upon the national character.” 2

The martyrdom of the prophets

Throughout the dispensations, the martyrdom of the prophets has been the ultimate aim of the adversary. It is a pattern that has been repeated over and over, in the cases of Abinadi, who died by fire; Isaiah, who according to tradition was executed; and the early apostles of Jesus Christ. The first martyr was righteous Abel, who was killed by his own brother Cain in order to advance Satan’s plan. “Truly, I am master of this great secret,” said Cain, “that I may murder and get gain … surely the flocks of my brother falleth into my hands.” 3

The same motivation worked on the mob that killed Joseph and Hyrum Smith – covetousness. Within two years of the martyrdom, the mob had driven the Saints from their rightful homes in Illinois and taken possession of everything the Saints had built up.

A great martyr among the former-day Saints was Stephen, who was stoned to death for recounting his vision of the Father and the Son: “Behold, I see the heavens opened, and the Son of man standing on the right hand of God,” he said.  Upon hearing this, the wicked opponents of the Savior “cast him out of the city, and they stoned Stephen, calling upon God, and saying, Lord Jesus, receive my spirit.” 4

The anti-Mormons even claimed that Joseph Smith had brought his murder upon himself. Immediately after the martyrdom, one anti-Mormon newspaper editor attacked the memory of Joseph Smith and the Saints in this way: “Do not say, I beseech you, that your leaders are persecuted on account of their religion,’ that is impossible – they have no religion – Mormonism is a scheme of political ambition, mounted on a hypocritical affection of religion; while atheism of the rankest modern growth, unquestionably is the real creed of its advocates, teachers and principal leaders.” 5

Meanwhile, the Prophet’s death deeply shook the members of the Church. Louisa Barnes Pratt wrote of her grief at the martyrdom. “I thought the Church was ruined forever!” she remembers. “I rushed into my garden when the news was confirmed and poured out my soul in such bitterness as I had never felt before. … The women were assembled in groups, weeping and praying, some wishing terrible punishment on the murderers, others acknowledging the hand of God in the event. I could feel no anger or resentment. I felt the deepest humility before God. I thought continually of his words Be still and know that I am God.'[D&C 101:16]” 6

The death of the Prophet, although a great crime, sealed his testimony of the Restoration of the Gospel of Jesus Christ, as D&C 135:3 states: “Like most of the Lord’s anointed in ancient times, [Joseph] has sealed his mission and his works with his own blood.”

For this reason, many of the Saints felt that same spirit stirring in their hearts at the martyrdom of Joseph: “Be still and know that I am God.”

Joseph had followed his Master in giving his life for the cause of salvation.  As Elder Anthony D. Perkins observes, “The path to martyrdom walked by Joseph Smith and ancient prophets is the same path walked by Him who said, Come, follow me’ [Luke 18:22].” 7

The Apostle Paul explained why so many of the prophets have been called upon to sacrifice their lives: “Where a testament is, there must also of necessity be the death of the testator. For a testament is of force after men are dead: otherwise it is of no strength at all while the testator liveth.” 8

The blood of the testator betokens the truth of the testimony. The compelling reason: when a witness gives his life rather than repudiate his testimony, it is the strongest possible evidence that he tells the truth.

Therefore, the sealing of a testimony with the blood of the witness is for our benefit. It is, as John Taylor wrote, a means of “touching the hearts of honest men among all nations.” 9

Additionally, in ancient times, a covenant was sealed by the shedding of blood. In Exodus 24, Moses asks the children of Israel if they will abide by the covenants of the Lord. They replied, “All the words which the Lord has said will we do.” 10  At that point, Moses built an altar and ordered the sacrifice of animals. The blood was sprinkled on the altar as a token, or symbol, that the covenant was in force.

Of Joseph and Hyrum Smith, John Taylor wrote that “the testators are now dead, and their testament is in force.” 11 It’s interesting to note that when Joseph Smith revised the Bible, he often replaced the term “testament” with “covenant.” 12

In this sense, Joseph followed the Savior in giving his life as a testimony of the new and everlasting covenant of the Gospel. Jesus is “the mediator of the new testament [covenant], that by means of death … they which are called might receive the promise of eternal inheritance.” 13  Joseph died because he had been the instrument of restoring the covenant of eternal life.

According to President Wilford Woodruff, Joseph’s peculiar calling as the prophet of the dispensation, the restorer of all the keys of the priesthood and the blessings of eternal life, to shed his blood as a testimony of that calling.  “It was required of him, as the head of this dispensation, that he should seal his testimony with his blood, and go hence to the spirit world, holding the keys of this dispensation, to open up the mission that is now being performed by way of preaching the Gospel to the spirits in prison.'” 14 On both sides of the veil of mortality, Joseph Smith has “done more, save Jesus only, for the salvation of men … than any other man that ever lived.” 15

The martyrdom was also a token of Joseph’s love for his people and his discipleship of the Savior.President Joseph F. Smith taught:  “The Lord permitted the sacrifice that the testimony of these virtuous and righteous men should stand as a witness against a perverse and unrighteous world. Then, again, they were examples of the wonderful love of which the Redeemer speaks. Greater love hath no man than this, that a man lay down his life for his friends’ [John 15:13].  … They gave all that they had for their people.” 16

That sacrifice has only added strength and conviction to the testimonies of millions that Joseph was a Prophet of God. What more could he give than his life?

In 1994, President Gordon B. Hinckley spoke at the Carthage Jail in a service marking the 150th anniversary of the martyrdom of Prophet Joseph and his brother Hyrum. President Hinckley said, “The testimonies which were sealed here in these very precincts, on this ground where we meet tonight, that hot and sultry day 150 years ago, now nurture the faith of people around the world.” 17

14 Cited in Teachings of the Presidents of the Church: Joseph Smith, 537.

16 Cited in Teachings of the Presidents of the Church: Joseph Smith, 538.

What happened to lesson 29?

Letter to an Activist BYU Professor (and Those You’re Confusing) 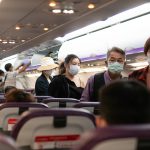 Coronavirus: As the Threat Grows, It’s Time to Prepare

By Carolyn Nicolaysen
PAST ISSUES