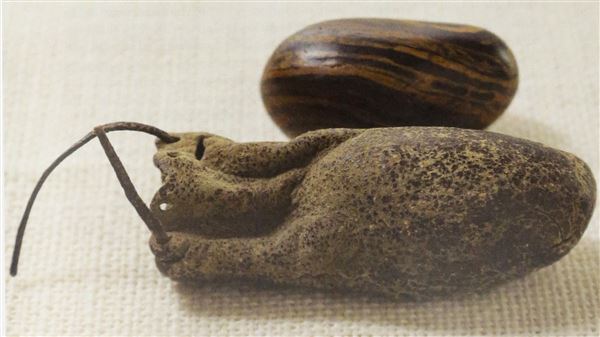 Letter on the Seer Stone to a Former Missionary Companion

The following series of articles is a fictional dialogue between Shane and Doug, two former missionary companions many years after their missions. Shane writes to his friend Doug who has posted comments about his on-going faith crisis on Facebook. The characters are fictionalized composites of members who have faced these same dilemmas but the issues are based on very real problems which have caused some to stumble. Likewise, the responding arguments are based on the author’s own personal engagement with these same concerns as well as his discussion of these issues with other members who have struggled. (By Michael R. Ash, author of Shaken Faith Syndrome: Strengthening One’s Testimony in the Face of Criticism and Doubt, and Of Faith and Reason: 80 Evidences Supporting the Prophet Joseph Smith, and Director of Media Products for FairMormon.) This is letter 6 in the series. The others can be found here.

I’m glad to hear that you are reading the Book of Mormon again. I hope you are reading it with a spirit of seeking the truth, not just to see if you can find “problems.” People tend to find what they are searching for.

Let’s begin this discussion with your concerns about the manner in which the Book of Mormon was translated.

When I was a fairly young man I read several LDS publications about Joseph Smith’s history—all books that could be found at Deseret Book or in the Institute Library. I quickly learned that Joseph sometimes used a seer stone to translate the Book of Mormon. The fact was in no way hidden from members who were interested in reading Church history. During my own faith crisis, however, there were two things that surprised and bothered about the translation process. First was the fact that Joseph put the stone in a hat, and peered into the hat while translating. The second troubling issue (for me) was that Joseph obviously believed in “magical” divining by way of seer stones. I had never heard of either of these two points before, and I must admit that I was initially shaken by the disclosure.

Unfortunately, my image of the translation process was like that of the typical member—it was based on what I had seen in Church magazines and comments from Sunday school teachers rather than from a critical examination of the historical evidence. Most artists, however, are not historians and occasionally produce artwork that is based on misassumptions. Some wonderful LDS artwork, for example, depicts Caucasian-looking Nephites with romance-novel cover-model physiques wielding broadswords and Viking-like helmets—none of which fits the actual images that could be created for how early American warriors would have looked or the weapons they would have utilized.

The average painting of the Savior typically falls victim to similar problems with features generally based on the cultural or theological perspectives of the artist rather than on historical accuracy. Da Vinci’s “Last Supper,” for example, depicts European-looking men sitting at a regular table instead of Middle Eastern men reclining at the low tables of Jesus’ day. An Italian Renaissance portrait of Mary and the baby Jesus has a Renaissance castle and town in the background, and the 1569 “Census of Bethlehem” by a Belgian artist depicts snow and ice-skaters in what appears to be a Renaissance Belgium village.

The truth is that the Interpreters didn’t come with instructions and Joseph was apparently left on his own as to how to use them. This is when his cultural background came in handy. In Joseph Smith’s day many of the frontiersmen in his vicinity believed that divining rods and seer stones could be used to find water, lost objects, and treasures. The ability to divine was generally considered to be a God-given gift and was practiced by devoutly religious men and women.

Long prior to acquiring the plates the young Joseph Smith was a believer in divination. In fact, he and his friends and family believed that he had the God-given gift to find lost objects by way of a seer stone. Seer stones were thought to be special stones in which one could see the location of the object for which one was divining. The seer stones were related to crystal balls or the practice of looking into pools of water or mirrors to divine information (such as the Queen’s magic mirror in the Snow White tale).

I already knew—but hadn’t made the connection until I began learning about Joseph’s translation process—that some people in Joseph’s day used divining stones. I recalled reading Joseph’s history by his mother Lucy Mack Smith (a book I read when I was about 16). In that book Lucy told about a company of men who were trying to get the plates from Joseph and brought a woman who could find things by looking into a green rock. She apparently came within inches of finding the plates!

While this seems strange in modern times, in Joseph’s day many intelligent, educated, and religious people believed that such real powers existed in the forces of nature. Well into the nineteenth-century, for instance, a number of people believed in alchemy—the belief that baser metals could be turned into gold. Some of New England’s practicing alchemists were graduates from Yale and Harvard and one alchemist was the Chief Justice of Massachusetts.

In order to see inside of the stone, it was sometimes placed between one’s eye and the flicker of a candle, or into something dark—such as an upside down hat—to shield out all light. It was believed that in such an environment a seer (someone who “sees”) could stare into the stone for the information one was seeking.

When Joseph first acquired the Nephite Interpreters he also tried placing them into a hat to shield the light. Although he apparently managed to translate the 116 lost pages by this method he complained that he had a hard time fitting the spectacles into the hat and that the two lenses were set too far apart—and were apparently made for someone with a broader face. It gave him eyestrain when he stared into the lenses.

The seer stone made the translating process much easier and we read that Joseph would sit for hours, his face in the hat—to obscure the light—while he saw the English translation of the Book of Mormon text that he dictated to his scribes.

The more I thought about it, the less the translation process bothered me. I already believed that Joseph Smith translated by way of a sacred “rock”—the Urim and Thummim—why would it seem so odd that God gave Joseph the power to translated with a “rock” from his own culture—the “seer stone”? And in hindsight, I already knew that other people in Joseph’s vicinity used seer stones in “magical” ways. If Joseph and the people of his day believed that you could see other-worldly things in special rocks, why couldn’t God use that cultural belief as a focal point for Joseph to receive revelation regarding the content of the Book of Mormon? How Joseph translated the plates was really unimportant compared to what he gave us in that translation.

Regarding LDS artists painting their interpretations of how the BOM was translated, and erring because they did not know the true history - I have heard that all Church artwork is approved by the leaders (quorum of the twelve?)...is that the case, and if so, why would they not correct the error? Why have Church artwork that told an inaccurate story?

regarding the plates needed for the purpose for the 11 witnesses. it's a good thought, however, people trusting these witnesses should investigate how they witnesses saw the plates with their 'spiritual eyes' and not their 'natural eyes.' so, the question is still valid: why the need for the plates if 1) Joseph never needed them to translate the BoM and 2) the witnesses didn't need them as they saw the plates in vision only.