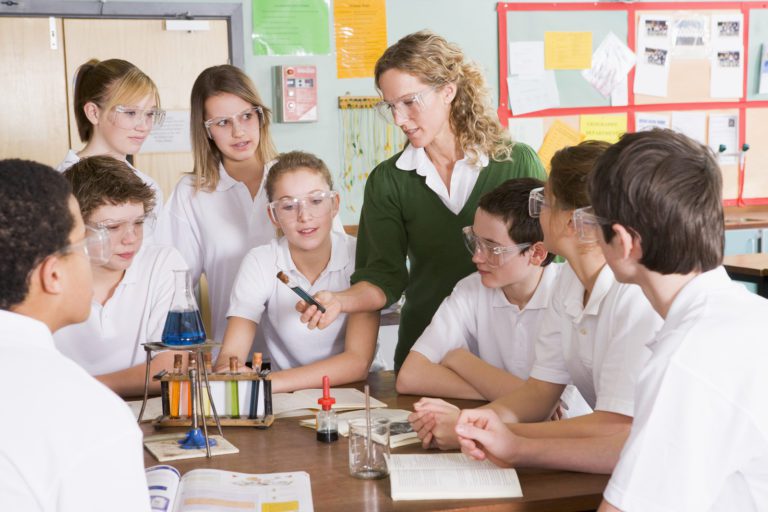 As a math teacher at Chaparral high school for seven years, I enjoyed the wonderful opportunity of getting to know hundreds of outstanding teenagers.  Because I was usually lecturing and answering questions, I was not able to learn much about the students’ backgrounds.  The bell would ring and they would be off to the next class.  In spite of this limitation, I still was able to identify some outstanding students, often by merely observing their interactions with each other and the faculty.  Yes, I must admit I developed a mental list of my favorites.

My inability to get to know more about the students’ backgrounds changed several years ago when the school administration started a new counseling program that allowed me to interview different students for about 20 minutes each day.

The purpose was to allow teachers to get to know the students better so that we could then offer suggestions and provide help where assistance was needed.  One of the students I had admired for several years was Amanda.  She was one of the most remarkable young women I had ever met.   I had not only taught her as a student but she also became one of my student aids.

I watched with admiration how she interacted with others.  I noticed that she respected herself and was considerate of others. She was admired by all who knew her.  During one of our interviews, she mentioned to me about the importance of agency.   I thought that was an odd word for a sixteen year old girl to use.  In fact, I’d never heard a teenager use that word before.  Amanda explained to me that she used the word often, particularly with her family, and that it was an important part of her LDS theology.  She was just a junior in high school and I’d known her for three years at this point.

I was caught completely off guard by her knowledge and familiarity with such deep religious doctrines.   I was from Wisconsin and raised as a Catholic.  I had met very few Mormons in my entire life.  Sadly, my only exposure to Mormonism came from what I’d seen on TV shows, such as Big Love.  Fortunately my young 16 year old student corrected my many misconceptions and explained to me that those on the show were not affiliated with the church, and that Mormons are Christian, they celebrate Christmas and she kindly convinced me that she had only one mom in her home!

I was curious about whether there were any other Mormon students in our inner-city school.  Amanda started naming other students who were also active in the LDS faith, including Heather, Koby and other students who I admired and respected.  They all had very different talents and personalities, but all were absolutely amazing human beings.   As she continued to rattle off a list of about a dozen names, I was shocked to realize that they were all on my favorite student list!  This could not be true.  I started to suspect some kind of joke.  The students came from every race and back ground imaginable.   Some liked music, some were athletes, while others were into acting or dancing.

In the days ahead I kept trying to find some exceptions to my shocking discovery that the most outstanding students in the school were LDS. Finally I identified one favorite student who was half Asian and half White.  I erroneously assumed that I had finally found a non-LDS favorite student.   When I discovered that he also was LDS, I suspected some kind of weird conspiracy.  I could not comprehend that such a thing was possible.

I tried to analyze what made these young students so outstanding.  Amanda was very studious and popular with the boys.  When she started dating at 16, I asked her why she didn’t you date the two boys I knew wanted to take her out. She replied, “I don’t appreciate their arrogance.” I was so impressed!   As an experienced educator, I recognized immediately that this was not normal behavior for a 16 year old.   Heather was gregarious and loved theatre.  Koby was an outstanding athlete.  These outstanding LDS youth and others often had little in common but I was drawn to them all.  I respected them.  I wondered what it was that made them different.

Finally I started to recognize some of the character traits they had in common.  They were cheerful, full of confidence and enjoyed a healthy self-esteem.  They knew who they were and what they wanted out of life.  They seem satisfied and confident in their religious beliefs.  They were kind and considerate to other people.  They were respectful to their parents and teachers.  They radiated goodness. They were disciplined and well behaved.

About a year after my surprise discovery regarding the religious beliefs of my favorite students, I heard a knock at my door.  Two young missionaries from the Church of Jesus Christ of Latter-day Saints, also known as the Mormons, wanted to share a message.  I told them that I knew only one thing about the Mormon Church, that they raised wonderful kids!

I told the elders that I was not interested in joining their church, but I was curious to learn what doctrines they believed that contributed to such wonderful youth.   I was impressed enough after the first lesson that I asked them to return.   I stumbled over some of the doctrines, such as baptism for the dead, but as I continued to read and pray, everything felt right.   The doctrines made a connection with me.  I felt in my heart that the church was true.  I was baptized on July 30, 2010, and now serve as a teacher in our ward Relief Society.

I share my experience because I feel it is important for the youth of the church to understand that even before serving their full-time missions (or whether they serve at all) they can still touch many lives for the better and not even realize it.  Most of my high school students during those critical years will never know how their positive examples touched my heart and influenced my decision to become a member of the church.

What a great story. You should consider sending it in to the New Era! All the Youth need to hear this-- and evaluate their actions and words in school etc. People ARE watching. Made me think of this Quote by Pres. Hinckley: "Our adherence to these divinely given standards need never be an offensive thing to those about us....if we will pursue a steady course, our very example will become the most effective argument we could ever advance for the virtues of the cause with which we are associated....If we will pursue a steady course in the implementation of our religion in our own lives, we shall advance the cause more effectively than by any other means."(Ensign, January 2005) ANY other means. Thats powerful. Thanks for your story.

During my years as a teacher in inner city schools, I too have noticed these traits in these fine young men and women in our schools. I was always so grateful for their wonderful examples.