Missionary Moment: Where would you like to finish your mission? | Meridian Magazine 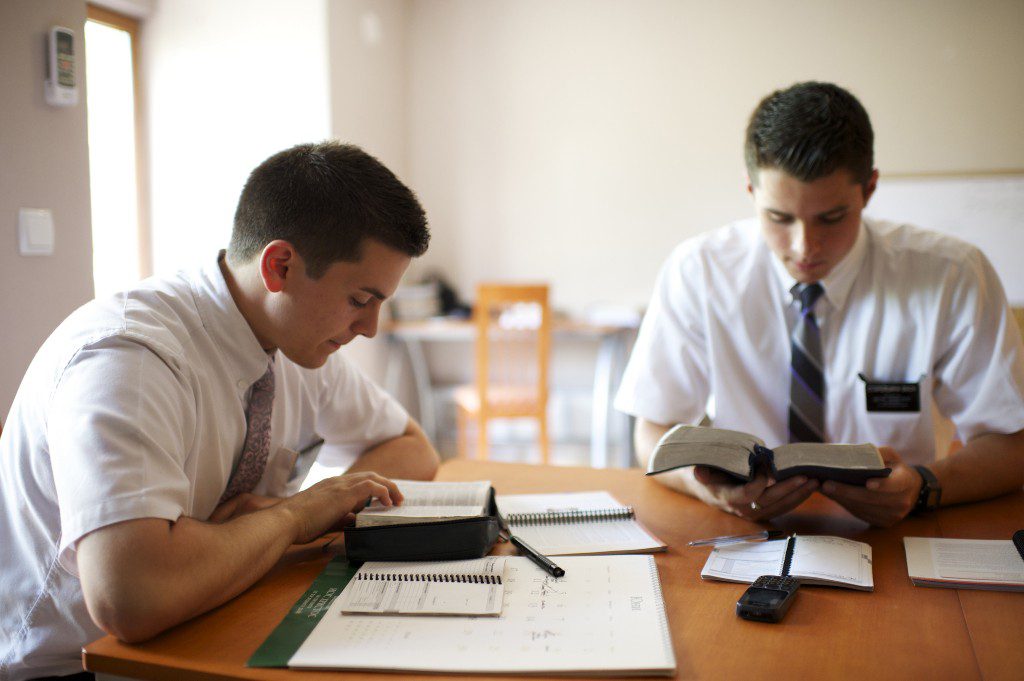 Missionary Moment: Where would you like to finish your mission?

Shortly after finishing a missionary meeting in the heart of downtown Houston, I was transferred to a small Spanish branch in Beaumont, Texas and placed with my former MTC companion. We were extremely young in the mission field, and lacked many important missionary skills, but we both had a sincere desire to help hasten the work of salvation and baptize in our area. We started to focus on some of the part- member families in the branch and attempted to teach a young couple. The wife had served a mission. Her husband, Alex, had no interest whatsoever in the gospel. Many missionaries had previously attempted this seemingly impossible task over the years and yet he made absolutely no progress. He thought the missionaries were insane for having the religious beliefs that we shared with others.

My companion and I made an attempt to teach him, but every meeting turned instead into him making fun of us and our beliefs. We finally decided that the best course of action to help Alex would be to simply serve him. We began by performing many acts of service for him around the house and in the yard.  If we heard he was doing chores, we showed up to help.  If his wife told us something needed to be done, we were there.

He was a bit surprised at first, but eventually we built a good friendship with him by working side by side together on various projects. He decided one day that he really wanted to hear what we had to say, and thus began an incredible teaching experience. When Alex began keeping commitments to read and pray and come to church he started to change rapidly. He got to the point where he felt like he actually wanted to join the church.  It was an absolute miracle.

Unfortunately, a week before his baptism, his work schedule changed and he was not going to be able to attend church on Sundays. My companion and I decided it would be best to not have him baptized at that time. Much changed after that moment. Alex grew extremely discouraged and then my companion and I were transferred out of the area. Alex struggled to regain a sincere desire to truly listen to the gospel and progress and went through many sets of missionaries with no success. During the 14 months that I was away from Beaumont, I continued to have a wonderful mission.

As my last transfer approached, my mission president asked me which area I would choose to finish my mission. I immediately knew that I wanted to return to Beaumont.  He graciously agreed with my choice. My first night back in Beaumont, my companion and I were out finding new investigators, but I then received a distinct prompting that we needed to go see Alex that night. I knew from other missionaries that he had been struggling in his family life. We went over to his house and sat down with him at the table. The spirit was so powerful. I knew that the Lord wanted Alex to join the church and that it would bless their marriage as well.

The spirit promoted me to tell Alex that the Lord had sent me back to this area specifically to baptize him. It was an extremely bold thing to say, but his response confirmed to my heart that the spirit inspired me with that boldness. Alex told me that he recently had a dream where I returned to the area and baptized him. He told us that he wanted to be baptized a week later. He had been returning to his church meetings and was even making tithing payments without yet being a member.  He was ready, and his wife was thrilled.

I will never forget his baptismal service. The experience was divine evidence of the perfect timing of our Heavenly Father and the love He has for each of his children. His purposes become clear to us as we strive to follow the spirit and serve his children.