Mormons Need to Coolly Get Involved in Politics; So Says the First Presidency | Meridian Magazine 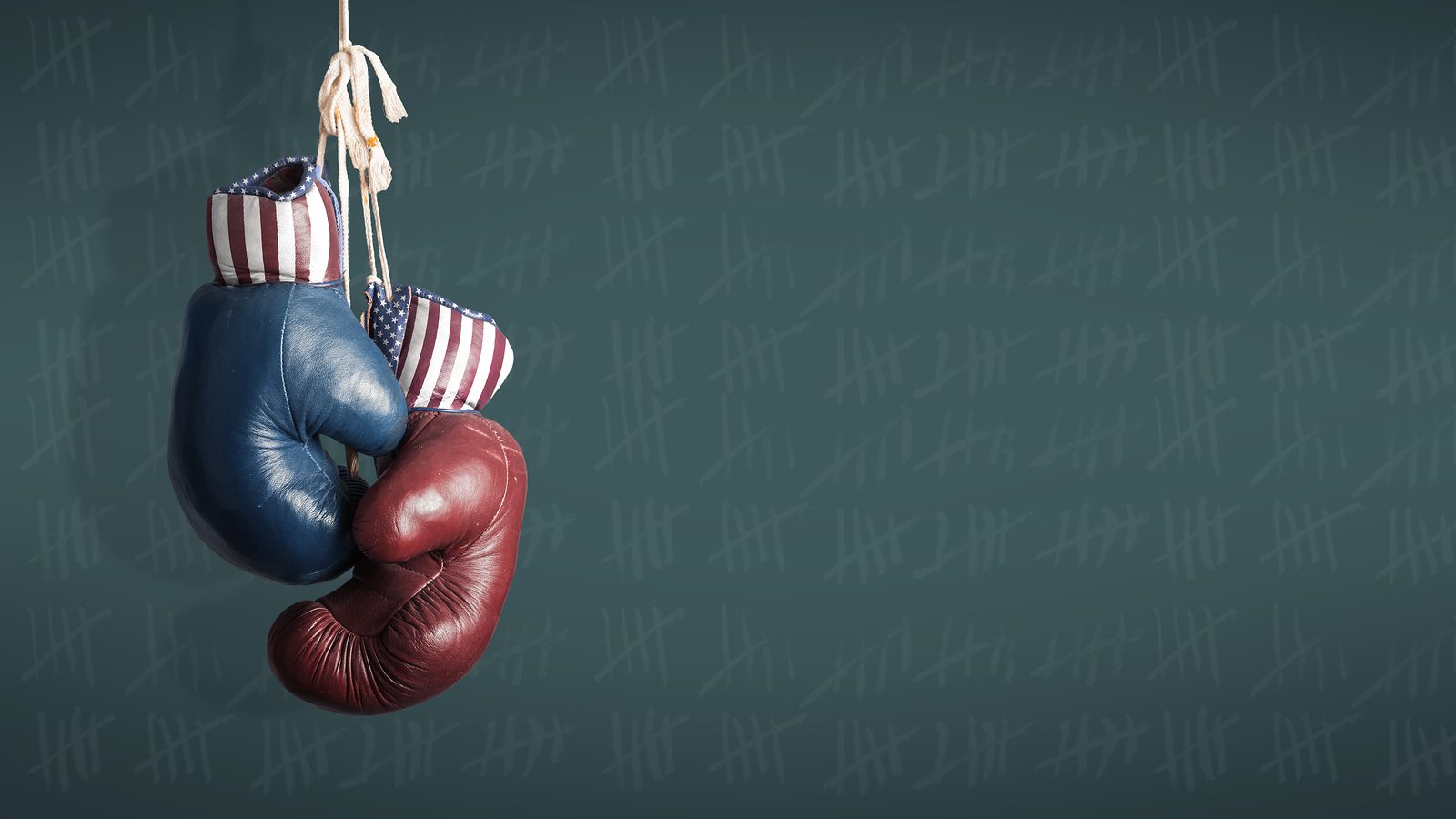 Mormons Need to Coolly Get Involved in Politics; So Says the First Presidency

Some Mormons would do well to take off their rose-colored glasses of history when examining the current presidential race. I keep hearing bizarre calls of doom and gloom if this or that candidate should win; that this is the dirtiest election ever.

When George Washington was nearly forced to run for president of the new republic in 1789, it was one incredibly boring election matched only in boredom by his reelection campaign where he ran unopposed. Since then U.S. elections have been brawling slugfests of words with the war of words between Thomas Jefferson and John Adams being one of the most brutal. Name calling at its worst. The editor of this publication wouldn’t reprint the diatribes.

The personal attacks against the corn-cob smoking wife of Andrew Jackson, the inflammatory rhetoric against the backwoods rail-splitter Abe Lincoln, the chants of “Ma, Ma where’s Pa, he’s in the White House Ha, Ha, Ha” against Grover Cleveland, are the things of American presidential politics.

Right now all political parties are deciding who they will nominate although fringe parties – not a term of derision but a statement of location on the political reality spectrum – likely have their candidates. Hillary Clinton is a prohibitive favorite to be the Democratic Party’s candidate barring any FBI results of criminality. Donald Trump has moved into the lead against all previous predictions for the Republicans.

For some, the sky is falling down, but, it’s not, and won’t. When Barry Goldwater ran against Lyndon Johnson in 1964 Johnson labeled Goldwater a warmonger and said he’d bomb Vietnam. Johnson notoriously ran a TV ad showing an atomic bomb going off with a cute little girl watching suggesting Goldwater would end the world. Then, when Johnson won in a landslide, he proceeded to bomb Vietnam.

Mormons seem susceptible to Chicken Little’s claim as do others. In 1960 I recall quite vividly hearing church members using the pulpit during Testimony Meeting to declare that if John F. Kennedy, a Catholic (declared by some non-prophetic persons to be the Great and Abominable) were to win the “Constitution would be hanging by a thread…” He won, and it didn’t. In retrospect it is ironic that their choice to save us was Richard Nixon who just about ruined the country when he became the only president to have his VP resign from office for corruption and then himself resign the presidency in disgrace. Good thing we don’t always get what we pray for.

Rather than rant and rave right now, let’s coolly examine the candidates and first remember no candidate is running against himself. He or she is always running against someone and life is always “compared to what?” No I don’t like her, but she’s better than him, so I’ll take her. That’s reality. Let’s suck it up.

And try to sort through their qualifications, stances on the issues and also realize that whatever stances they have now are quite likely to change to at least some degree when the realities of the office smack them in the face. Don’t forget that one of our favorites, Thomas Jefferson, was a strict Constitutionalist before he became president. He declared if it wasn’t in the Constitution, the president couldn’t do it and ripped into John Adams for the Alien and Sedition Act. After Jefferson took over for Adams he was presented the opportunity of buying the massive Louisiana Territory that would double the size of the U.S. His advisors said he couldn’t do it because… nowhere in the Constitution did it state the president had such authority. Jefferson shrugged off such advice and did it for the greater good. After he left office he once again took on the mantel of strict Constitutionalist.

Sadly, I listened in church Sunday to the words of the First Presidency as they exhorted members of the faith to get involved in the process and bemoaned the fact that in Utah we have one of the lowest participation rates in the primary process.

It seems the majority of Mormons would rather spout doom and gloom than do something about it. We’d rather rant that some candidate is a pathological liar than go vote. Or say that our vote doesn’t count so why vote.

All of this reminds me of the time Fred was sitting watching TV one Saturday afternoon when his neighbor Fritz knocked on his door and asked if he could borrow his lawn mower. Without looking up from the game Fred said, “No, we’re having fried chicken for dinner.” Fritz was befuddled by the answers and didn’t know how to respond so he left. Martha overheard her husband’s crazy answer and confronted him. “We’re not having fried chicken and why would you say that?” Fred calmly replied, barely looking away from the game, “Wasn’t going to loan him my lawn mower and when you’re making up an excuse, one’s as good as another.”

While it is true that people who don’t vote are in reality voting for the winner, members of the LDS Church have been exhorted by the First Presidency to vote; to get involved in the primaries and political process. Excuses we have aplenty, but…one excuse is as good as another.

Let’s be patriotic citizens and get involved.

And… let’s talk about this election with more light and less heat. Open our minds and ask questions of each other. A friend is a dyed in the wool Democrat. I was shocked when he said he was a Trump supporter. I have no dog in this hunt yet – still investigating – so I got to ask him questions about why he supported Trump as a Democrat. It was most interesting. It was calm even as I found out why he still loved President Obama. Asking questions without an agenda is a great way to learn. Dropping the lecture and dropping the rant makes for some good conversations.

Learning about the issues and where candidates stand ought to be things that friends can do without being disagreeable. It seems that Mormons shy away from conflicts, but simple, calm questions eliminate those conflicts.

To help, I’ve prepared a list of commonly discussed issues (alpha sort) in this campaign. You likely have more. Add them. If you don’t know where candidates stand on issues it’s a bit tough to conclude your position on them. Go to their website. They do list their stances on their positions.

I’ve listed the current crop of candidates (alpha sort by last names) with the best chances of being nominated and left a space for you to add someone else. Rate each candidate from 0 to 10, with 10 being their score if they would do the best on this item. Add up the score and see who best fits who you think would do best on these issues. I’ve left a category of Intangibles that you can weigh more heavily if you like. Frankly, I’d weigh Trustworthiness a 50 if I weighed how I thought they’d perform on Taxes a 10. It means more to me. But, that’s just me.

I do NOT know who I will vote for because I do not know who the choice is among or between. This is my process.

Twenty-five years ago, if someone had told me that one day "The Donald" would be running for the Republican nomination--and might just win it--I would have been incredulous. Then I would have thought, "How screwed-up would our country be that millions would look to Donald Trump for salvation?" The answer (obviously) is: pretty screwed-up. When he announced his intentions last year, the GOP didn't take him seriously, but they aren't laughing now; they're panicking. They can't believe this is happening, that so many people are gravitating to this guy. Well, believe it! Mitt should have spoken up 4 years ago in 2012; more people would have listened. They're not listening now. I wonder if he spoke from the heart or as the voice of the Republican party, because the GOP will fight Trump tooth & nail. I--foolishly--voted for Obama both times, until I finally saw the light in late 2013. No way am I voting for a Democrat, but I--like so many others--have had it with the Republicans, with all their empty promises. A few years ago the GOP establishment said they would fight Obamacare, fight illegal immigration, cut spending. Once re-elected they turned right around & did the opposite. They're too cowardly to stand up to the arrogant bully in the WH. Politicians are elected to serve the public, yet they end up serving everyone BUT the public. The GOP is a mess, and can hardly produce a viable Republican nominee, which created a vacuum that Trump filled. He's an opportunist; he saw an opportunity & grabbed it. Who can blame him? By supporting Trump, the American people are sending a message to the Republicans that the Republicans don't want to hear. I'm not a Trump fan, I'll vote for Cruz (who I'm not crazy about either). Trump may not get the nomination, it's too soon to tell. If he doesn't, I don't put it past him to run on the Independent ticket, which might split the Republican voters, resulting in a Democrat victory (heaven help us!). Or--and this is a possibility--Obama will find a way to delay the 2016 election. Either way, 2016 is shaping up to be a pivotal year.