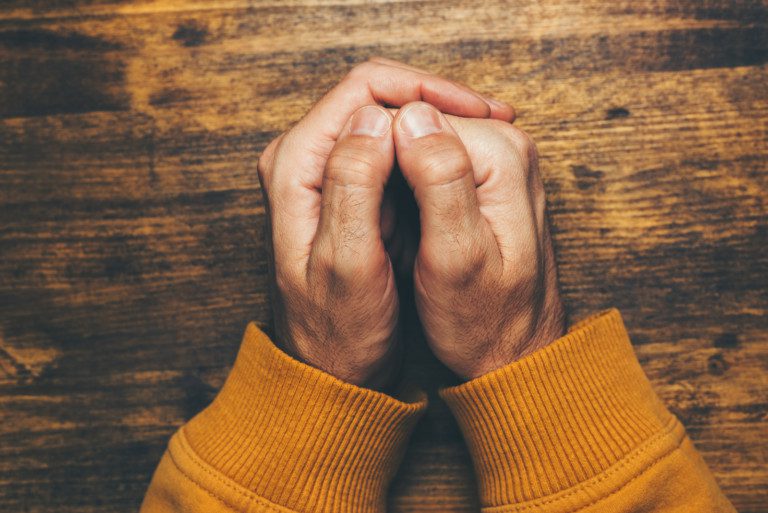 Responding to Atheism with Mormonism

The following is adapted from Professor Lewis’s book, There is a God: How to Respond to Atheism in the Last Days, just out from Cedar Fort, Inc.

Atheism has been on the rise in America in recent decades. Anti-religion books have become bestsellers, the culture has become increasingly secular, and religious affiliation has declined among the population. Fortunately, Latter-day Saints have the doctrines of the restored Gospel, which are powerful tools for refuting atheist arguments. Below I’ve provided some examples of how.

The most common atheist objection to belief in God is His invisibility. “I don’t believe in things I don’t see,” says the atheist, “so I have no more reason for believing in God than I do the Flying Spaghetti Monster.” Mormons, though, believe that knowledge doesn’t come exclusively through the senses; it can also come through personal revelation. Most Latter-day Saints believe in God not because they have seen Him, but because they know through spiritual witness that He is real.

But notice the hole atheists have dug for themselves. By saying that our brains are powerful deception machines, they have undercut the validity of science itself. If we can dismiss spiritual experiences (such as “feeling the Holy Ghost”) by appealing to brain chemistry, we can also dismiss sensory experiences in the same way and for the same reasons. If our brains are built to trick us, why should we trust anything they tell us, including the evidence for evolution, relativity, or any other scientific theory?

If we say that religion is useful (making people unselfish, honest, and communal), the atheist will answer that it is a “useful lie,” but couldn’t the same then be said of science and its technological achievements? The atheist has no answer, only a prejudice against spiritual knowledge. An atheist attempting to debunk religion ends up debunking science as well.

Although the atheist assumption that we can only know things we can see is unfounded, Latter-day Saints believe that God is a tangible, visible being (D&C 130). We believe we saw God in pre-mortality, we hope to see Him in the hereafter, and we believe that many privileged souls have seen Him in this life.

Also note that atheists themselves believe in many things they can’t see. For instance, most atheists believe in moral principles, but when has anyone ever seen these entities called “good” and “evil”? If our experiences of God are “just feelings” that we can ignore, then why aren’t our experiences of right and wrong also “just feelings” that we can likewise ignore? “Moral” is simply a name we give to certain behaviors we prefer, but isn’t our preference for them, like our belief in God, just a product of evolution that we can now disregard?

Some atheists claim they can get morals from science (e.g., by appealing to the “reciprocal altruism” seen among some biological organisms), but just because we are wired to do something by evolution does not mean we are morally required to do it. After all, we are wired by evolution to engage in evil behaviors as much as virtuous ones.

Science also works on the principle of falsifiability, but no scientist is willing to falsify morals in the face of new evidence. Can we imagine a scientist looking into a microscope and declaring, “I’ve discovered our moral prohibitions against torturing children are false”? Since no atheists are willing to falsify their morals, this is all the proof we need that they do exactly what they charge religious people with doing: believing in things for which there is no scientific evidence.

Another common atheist argument says that God can’t exist because an all-powerful, all-righteous God would not allow the wickedness and suffering that are so prevalent in the world. But the LDS doctrines of agency, eternal progress, and God’s nature give us a way to respond to this objection.

For Latter-day Saints the central purpose of this life and God’s own “work and glory” is to bring about our progress towards eternal life (Moses 1:39). If progress is the whole point of mortality and it requires suffering, then suffering is inevitably bound up with the purpose of life. Once we understand this basic fact about God and ourselves, we come to this profound truth: God will allow suffering if it furthers our growth.

Mormons can also answer the problem of evil by understanding that God is bound by his own nature. While Mormons do believe in an all-powerful God, we must be clear on what that means: God can’t both love us and not love us at the same time, nor create a rock that is too heavy for Him to lift. Nor, the scriptures tell us, can God allow mercy to rob justice (Alma 42:25).

God, in other words, is limited by His own godliness. We believe in God’s omnipotence but only to the degree that it is consonant with His nature. Could God remove all of our suffering and still achieve His purposes? Apparently not. This does not rob Him of His omnipotence but only shows that He would be at odds with His own nature if He defied this principle.

Most other Christian denominations believe that God created us from nothing; Latter-day Saints, by contrast, believe that our intelligence and agency are co-eternal with God. This means that God respects our autonomous will even if we abuse it (D&C 93). Choosing indolence can lead to poverty, choosing selfishness can lead to loneliness, choosing to ignore the Word of Wisdom can lead to addictions, etc. God could not stop that suffering without depriving us of our agency. Human choices explain much (perhaps most) of the suffering in the world. The unrighteous choices of political leaders, not the will of God, created the two world wars, Hitler’s genocide, Mao’s famine, Stalin’s oppression and many of the other major horrors of world history.

Finally, atheists claim that faith is the height of delusion, and yet everybody, including atheists, have faith in something. G.K. Chesterton is reported to have said, “If man doesn’t believe in God, he will believe in anything.” Once atheists leave traditional faiths, they gravitate to new, secular alternatives, such as Marxism, political progressivism, humanism, postmodernism, or scientism—every one of which is based on assumptions that require remarkable leaps of faith to accept.

It’s no coincidence that the least religious places in society—colleges and universities—have also been the quickest to adopt the most outlandish secular creeds. Atheist humanities professors continue to assert, against all scientific evidence, that there are no biological differences between men and women and that gender is a patriarchal “social construct.” Marxism has been as falsified as any social theory can be, yet atheists in social research departments continue to cling to it nonetheless—they desperately need a faith.

As Latter-day Saints grow in knowledge of the gospel, they also grow in their ability to combat the rampant atheism of our day and help refute the alternative faiths that have come to dominate entire sectors of society. The fads of the world are as unsteady as the shifting sands. Rocks, by contrast, persist and hold steady. Christ is the rock and since we must have faith in something, we should put our faith in Him.

Only He is worthy of it.

God did not create atheists. God created us and gave us the free will to choose what to belive in. If we say He is responsible for atheism then we are making Him stupid– but God is wise above all. He only allow atheists but He didnt create them. He respects our beleifs even if it hurts Him. That story taken from Chassidic literature is a lie.

Why Did God Create Atheists? There is a famous story told in Chassidic literature that addresses this very question. The Master teaches the student that God created everything in the world to be appreciated, since everything is here to teach us a lesson. One clever student asks “What lesson can we learn from atheists? Why did God create them?” The Master responds “God created atheists to teach us the most important lesson of them all — the lesson of true compassion. You see, when an atheist performs an act of charity, visits someone who is sick, helps someone in need, and cares for the world, he is not doing so because of some religious teaching. He does not believe that God commanded him to perform this act. In fact, he does not believe in God at all, so his acts are based on an inner sense of morality. And look at the kindness he can bestow upon others simply because he feels it to be right.” “This means,” the Master continued “that when someone reaches out to you for help, you should never say ‘I pray that God will help you.’ Instead for the moment, you should become an atheist, imagine that there is no God who can help, and say ‘I will help you.’” —Martin Buber, Tales of Hasidim Vol. 2 (1991)