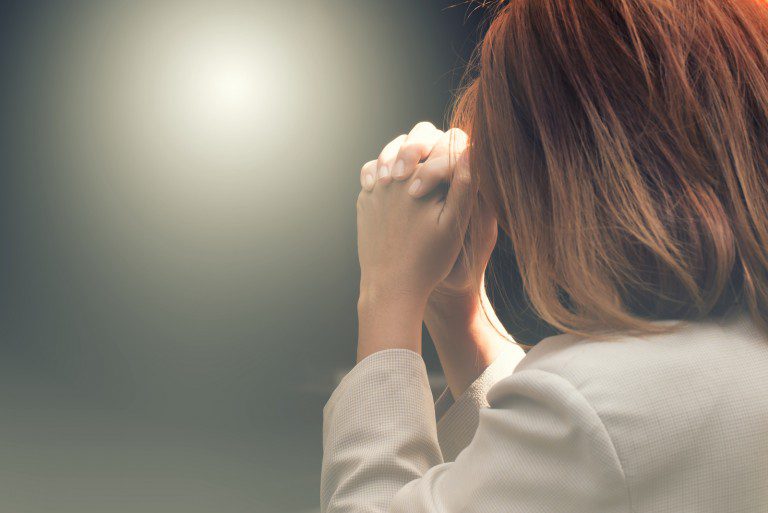 Editor’s Note: Our friend and longtime Meridian writer Larry Barkdull passed away. To remember and honor him this is one of a series of his past articles that we are republishing regularly.

It is easy for parents to look beyond the mark when children go wayward. Often parents panic and try everything from screaming to grounding to taking away the car keys. Then, often much later, too often in resignation, they turn to God. What might God tell them? Would the answer seem too “Sunday School?” – too simplistic for such a difficult situation?

Perhaps at these times, we ought to remember that Moses, too, offered a simple solution to a grievous problem. He raised a brazen serpent, and many refused to even take a peek. I wish to suggest that one of the coils on Moses’ serpent was obedience.

Let us remember that every effort we make to sanctify ourselves has a redeeming effect on the person for whom we are praying.

Here is an example related by a man from Pennsylvania who remembered his seminary teacher’s extraordinary example of obedience.

“I grew up in a little branch in Pennsylvania. I was the only LDS student in my high school. A woman in the branch, who I will call ‘Sister Williams,’ had joined the Church by herself several years earlier. Neither her husband nor her five children joined. Her husband was supportive, but otherwise uninterested. I knew the children, especially the boys, who were the definition of hooligans.

“Sister Williams had volunteered to teach seminary and I was one her five students. We came to the branch building twice a month on Sundays from a radius of sixty miles. I remember very clearly that Sister Williams would say that she held Family Home Evening in her home each week. Knowing her kids, I wondered how she managed that feat. They despised the Church. I soon learned that she held Family Home Evening with only herself. She told us that even though her family would not join with her in Family Home Evening, she was going to hold it faithfully because the prophet had promised that great blessings would follow: ‘If the [families] obey this counsel, we promise that great blessings will result. Love at home and obedience to parents will increase. Faith will be developed in the hearts of the youth of Israel, and they will gain power to combat the evil influences and temptations which beset them.’[i] It is a principle with a promise, she would tell us, and she was going to be obedient to it. I remember thinking that this was going to be pretty tough for the Lord given the condition of Sister Williams’ family. Although I believed that the Lord could do anything, I was not optimistic in this case.

“I was closest in age to two of her boys, one who was a couple of grades ahead of me and another boy who was a grade behind me. They both were hanging out with bad company and doing terrible things. The younger boy, who I will call ‘Jim,’ was the worst. Jim was the leader of a gang that terrorized the town and school. I always saw him smoking before, during and after school, drinking and doing drugs. He openly flaunted his lifestyle, and he was the central figure in most of the school brawls. Jim knew that I was a Mormon, but he never tried to hide his behavior from me. We never fought, thank goodness, but I remember feeling anger towards him because of how he was disgracing and openly disrespecting his mother by his actions. I truly felt embarrassed for Sister Williams, and at the same time, I was amazed that she could persevere in so faithfully holding Family Home Evening year after year when her children seemed to be growing steadily worse.

“After I graduated from high school, I received a mission call to the Utah Salt Lake City mission. When I had been out a year, I was laboring in Utah County. One Tuesday morning I received permission to take my district to a devotional where President Spencer W. Kimball was going to speak. As I was hustling to get a good seat in BYU’s Marriott Center, I heard someone call out my name. I turned around and saw a nice-looking, clean-cut young man, whom I did not recognize. We exchanged pleasantries for a few minutes, but I still could not place him. Then he smiled and said, ‘I am Jim Williams.’ My jaw dropped to the floor. The last time I saw Jim, his hair was hanging down to the middle of his back and it stuck out from his head about as far. I had always seen him wearing ratty clothes, he smelled like a smoke bomb most of the time, and his eyes always looked glazed. Finally, as I looked hard, I thought I could recognize his face.

“He must have noticed my shock. He embraced me heartily and laughed again. That gave me the courage to ask him what had happened to him. He said he hadn’t graduated from high school, which didn’t surprise me. Instead, he had decided to hitchhike to California. On the way, he stopped in Utah and stayed for a few days, then a week, and then a month. He was so impressed with the people that he had hooked up with that he had decided to meet with the missionaries. Soon, he got a job, cut his hair, cleaned up his life…cold turkey! Later, he was baptized, and now he had set his sights on serving a mission. Now I was completely floored. But he certainly looked like a missionary that day: white shirt and tie. It was great!

“We exchanged phone numbers, and a couple of weeks later we did missionary splits together. We shared some very spiritual moments. Jim went on to straighten out his schooling and his life, and about a year later he was able to serve a mission. When he returned, he married a wonderful woman in the temple, and today they have four children. Eventually, his two brothers and two sisters joined the Church and married in the temple. Sister Williams’ husband was also baptized and served faithfully in the Branch for many years. He took Sister Williams and his children to the temple, where they were sealed together for eternity. When Brother Williams retired, he and his wife served two missions.

“Prior to my meeting Jim that day in the Marriott Center, I really had thought that he had been one of Satan’s hosts who had somehow slipped through the cracks. But I have since repented. What has always struck me is the amazing miracle that happened in the Williams family because of the faith and obedience of a mother who believed in the Lord enough to persist against all odds. When I miss Family Home Evening in my own home, I am reminded of Sister Williams’ example, and I regroup and set out to be more obedient.”

God places enormous weight on this “first law of heaven.”[ii] In the beginning, God created a master law to which all other specific laws are dependent: “There is a [master] law, irrevocably decreed in heaven before the foundations of this world, upon which all [specific] blessings are predicated–And when we obtain any [specific] blessing from God, it is by obedience to that [specific] law upon which it [the specific blessing] is predicated.”[iii] Also, “For all who will have a blessing at my hands shall abide the [specific] law which was appointed for that [specific] blessing, and the conditions thereof, as were instituted from before the foundation of the world.”[iv]

Because God is a God of truth and cannot lie[v] the promised blessings for obedience to any specific law are certain under the terms of the master law. “What I the Lord have spoken, I have spoken, and I excuse not myself; and though the heavens and the earth pass away, my word shall not pass away, but shall all be fulfilled, whether by mine own voice or by the voice of my servants, it is the same.”[vi] The Lord binds himself to deliver the promised blessings associated with every obeyed law: “I, the Lord, am bound when ye do what I say; but when ye do not what I say, ye have no promise.”[vii]

Obedience is always accomplished by sacrifice. “Verily I say unto you, all among them who know their hearts are honest, and are broken, and their spirits contrite, and are willing to observe their covenants by sacrifice–yea, every sacrifice which I, the Lord, shall command–they are accepted of me.”[viii] The disposition to be obedient by sacrificing has the power to sanctify a person.

Clearly, parents who strive to sanctify themselves through obedience will gain greater power to rescue their wayward children.

What blessings would parents of wayward children wish to claim by their obedience to God’s laws? Adam’s example is prime.[ix] After Adam had obediently sacrificed for many days, an angel of the Lord appeared to him and proclaimed the atonement of Jesus Christ. The angel’s message was one of redemption and sanctification.

Now that Adam had experienced personal redemption, he was empowered to help to redeem others by bringing them to Christ. “And Adam and Eve blessed the name of God, and they made all things known unto their sons and their daughters.”[x] Notice that Adam had observed the law of obedience by long years of sacrificing, and now he was rewarded with the blessings associated with the law of obedience, which blessings were his personal redemption and his increased capacity to help to redeem his children.

Our effort to obey is always worth the price. Adam discovered that obedience results in greater knowledge and understanding of God and his purposes, and we are told that those who are willing to live the law of obedience will “have glory added upon their heads forever and ever.”[xi]Obedience results in “liberty and eternal life,”[xii] the very blessings we seek for our children. The discipline of obedience requires “the heart and a willing mind,” with this supernal blessing: “the willing and obedient shall eat the good of the land of Zion in these last days.”[xiii]

Clearly, increasing our level of obedience increases our level of sanctification, which empowers us to petition and receive blessings in behalf of our loved ones.

And for those of us who don't have "happy endings" in this life for our "wayward" - now adult children... We stay obedient. We stay happily faithful and wait for that day we can drag-if necessary-those stubborn children all the way back to happiness in the next life.