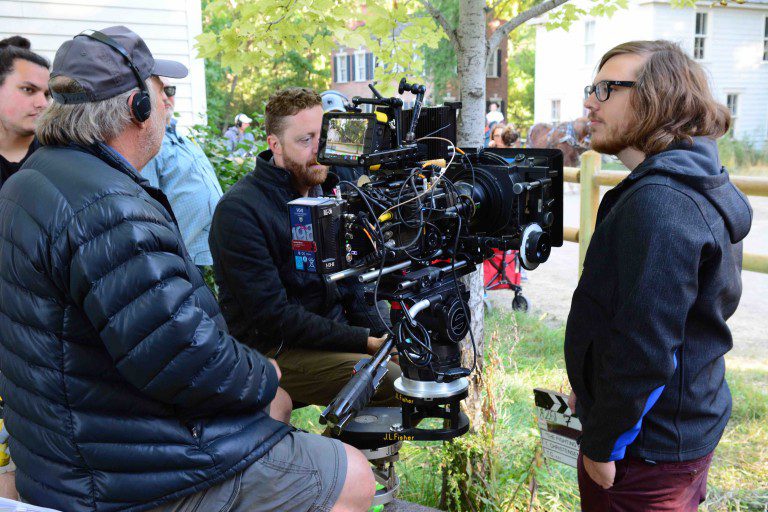 For daily coverage of Hollywood from a believer’s perspective,follow me on Facebook.

T.C. Christensen gets it done. From directing beloved films like 17 Miracles, Ephraim’s Rescue, The Cokeville Miracle, and Love, Kennedy to serving as cinematographer in some of the genre’s most gorgeous movies (The Testaments, The Work and the Glory, Joseph Smith: the Prophet of the Restoration), he always nails that combination of artistry and inspiration.

His latest project is The Fighting Preacher, the true story of Willard Bean, the Latter-day Saint boxer who brought the Gospel back to Palmyra over 80 years after the First Vision, winning hearts with his fists. With such a unique subject, I was itching to pick the prolific filmmaker’s brain over the project, the first footage of which is debuting Saturday at 1:00 p.m. at the LDS Film Festival (in the SCERA theater in Orem, Utah. He was happy to oblige.

What’s the history of The Fighting Preacher?

I love true stories. Here’s the synopsis. In 1915, a couple were called to go back to the Joseph Smith farm in Palmyra because the church had acquired the farm and wanted someone to work it and get a foothold in the community. There’s hadn’t been a Latter-day Saint in Palmyra for 85 years. They had death threats, a bounty on their head, a guy showed up on their doorstep with a shotgun. Their mission was for five years; they ended up staying 24 years, turning the town around, who came to love them. The husband took all challengers; when they tried to run them out of town, the husband said if you can beat me in a fight I’ll leave. He was undefeated. He was only a normal size guy, 160 lbs and 5’9″.

That sounds amazing. Where do you find these stories?

I get sent a lot of scripts and I do a lot of reading. One of the things I love about this story is that no one knows about it. I want this to be the most entertaining Church History story you’ve never heard of. Someone sent me a copy of a book on lesser known church history, and that’s where I found it. Since then about 50 people have contacted me saying “You should do the Willard Bean story.”

I know you don’t have any experience filming a boxing film, so what are you doing for homework so you can film this realistically?

My favorite boxing film is Cinderella Man, so I’ve been watching that, slowing it down, watching the making-of to get a feel for it. I’ve pulled up turn-of-the-century boxing matches on YouTube to see how they fought, what the rings looked like, what the styles of fighting were. I also hired John Lyde as stunt coordinator for the fight, since all his films have fights and action. He’s done great. I’ve had quite a few compliments of the boxing on the film. I always start screening the film while we’re editing it to get feedback, shaping it to make it better.

You’re back in Palmyra. Will we be revisiting the Sacred Grove in the film?

Yes, we’re back there. I’ve filmed the First Vision in several church films. I’ve found the actual grove is not the place to film; there’s always visitors walking around. But there’s a very similar grove on the backside of the Hill Cumorah that the Church owns and lets us use. It’s got big trees, the same types of trees, it’s accessible and still sacred ground, and no one walks into frame.

Tell me about the panel you’re doing on the film this Saturday at the LDS Film Festival?

We’re going to show the trailer on Saturday. It won’t be on the internet or in theaters until late March, so this is the place to see it a month early. Other than me flapping my gums, the producer, the two lead actors, and my son Tanner (the editor) will be on hand to present. This will be the first footage shown, so we’re preparing something special and we’ll tell you all about the story and the making-of.

Jonathan Decker is a family therapist and clinical director of Your Family Expert. He is an actor, author, comedian, and television personality known for his book 250 Great Movies for Latter-day Families, co-hosting The KJZZ Movie Show, and starring in CTU: Provo and BYU’s Divine Comedy.  He’ll be judging at this year’s LDS Film Festival.

I have known this story for many years. This couple did an amazing mission that lasted for all those years. Their influence was felt far and wide. Thank you for doing this film. I hope that the Los Angeles area will have a showing at a time we can go.