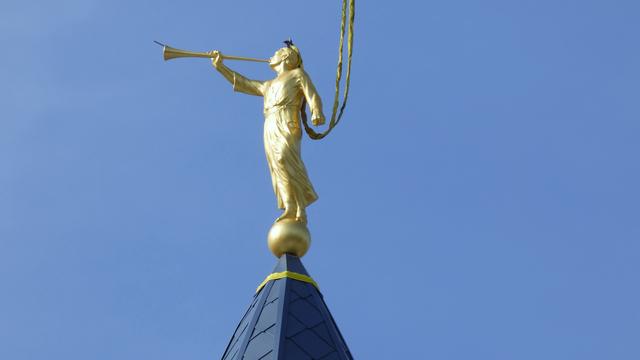 Many have questions about the LDS Church’s changes to the handbook that classify same-sex marriage as apostasy and state that children living with parents in a same-sex union must be 18 and meet other qualifications to be baptized. LDS.net has created this excellent analysis debunking the nine myths that are circulating on Facebook about these changes.

The most pervasive myth you’ll hear about these changes is that they punish children. All people can receive all the ordinances of salvation and exaltation. And all children can attend all church activities and events. There is no degree of punishment that exists in these new changes.

Children must simply wait until they can legally make their own decision to join the Church, rather than relying on their parent’s approval. While a parent in a same-sex relationship could theoretically approve of their child’s baptism, questioning their motivation to do so would be prudent since they have so prominently rejected the teachings of the Church.

These changes could also help protect children. While some same-sex couples adopt, many children of same-sex couples come from divorce. In these situations, custody battles can be fierce. In most places in the United States, if one parent tries to destroy the relationship of their child with the other parent it is considered “custodial interference” which is grounds to change the custodial agreement.

Because the Church continues to affirm that heterosexual marriage is the ideal, there could potentially be judges in the United States—perhaps, even, very many judges—who would categorize a child joining a church that rejects their parent’s new relationship as custodial interference. This could take that child away from the parent who belongs to the Church or rearrange their custodial arrangements significantly in ways that would harm the child.

All children, of course, continue to be welcome at all church activities, including primary, and Sacrament meeting. And in following the example of the Savior, all children are entitled to blessings of comfort and healing.

There are others who insist that these new changes set sins of homosexuality as more serious than other sins. Again this is not true. Adultery and fornication are both grounds for excommunication. Up until the legalization of same-sex marriage, those who participated in same-sex relationships could receive church discipline under either of these other grounds.

The Church respects the law, and now recognizes same-sex marriages as legal, even if still sinful. Because of this, same-sex relationships could no longer be penalized as fornication requiring their addition to the definition of apostasy. But this change has no effect on how the Church responds to homosexual sins, only how it categorizes them.

As the Church’s website “Mormons and Gays” points out there is much misunderstanding of LDS doctrine on this issue. But the Church continues to affirm that homosexual sex is a sin.

Some have also suggested that requiring the children of LGBT couples to wait until they are adults to be baptized treats those parents worse than parents who are engaging in other types of sins. But this policy is the same that exists for children of polygamous couples, or children of parents opposed to the Church.

So this policy does not carve out special punishments for LGBT parents, but rather extends existing policies to cover their newly legal marriages.