The Case of the Bitter Woman | Meridian Magazine 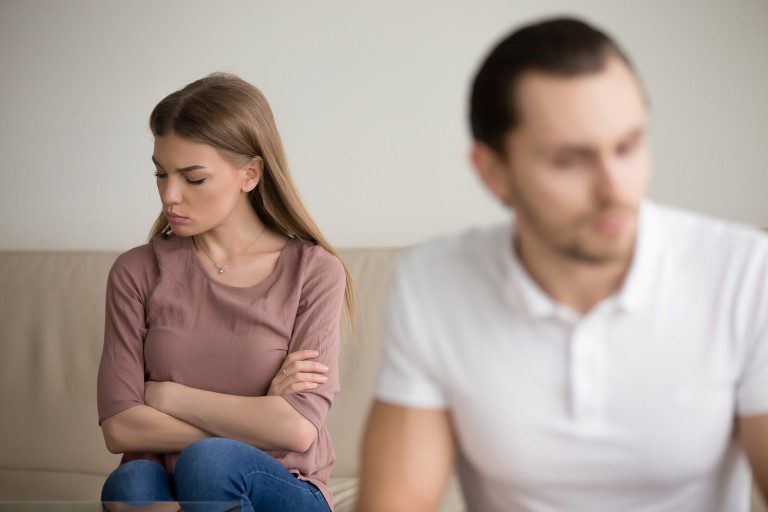 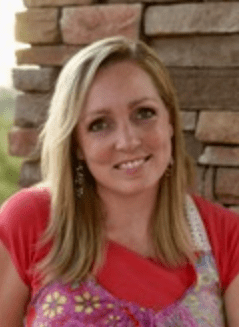 The Case of the Bitter Woman

I was an angry woman for about an hour today.  We had Stake Conference early, so the rest of the day we were home.  This should have been a good thing.  But sometime during the early afternoon, I felt overwhelmingly tired.  I had stayed up way too late for a few nights in a row.  I had packed way too many things into my schedule.  All the kids were just lazily lounging in the family room, eating.  As I looked around at the messy house (I hadn’t kept up with everything this weekend), I was suddenly angry.  I just didn’t want to be the mom.  For a minute, I didn’t want to be the woman of the house.  I didn’t want to think about dinner, or to worry about the way everyone was snacking like a bunch of slobs.  I didn’t want to face the mounting laundry pile that was spilling out into the hall.  I didn’t want to take care of little kids or even be pleasant to my husband.

Earlier I had tried to take a quick nap. But the kids were SO loud, it proved impossible. And by the time I strolled back out into the kitchen, it looked like a bomb had gone off.  I felt immensely punished and now, overly tired.

I eyed the door.  The urge to run was strong.

Over this past year, I’ve had many conversations with myself about something I like to call The Case of the Bitter Woman.  I first saw this woman at a restaurant.  She entered with her husband and children.  Everyone was happy and playful, except for the woman.  Her lips were pinched and her gaze was distant.  I couldn’t look away.  The husband tried to make a few comments to the woman, but she gave him the cold shoulder.  Even the children tried to engage their mother.  But she maintained her cool, bitter look. Eventually, that cold freeze spread.  The husband interacted quietly with the children for a while.  And in the end, everyone was sitting quietly, anxiously casting glances at the woman.

I couldn’t tear my gaze away.  Because in those pinched lips, I saw glimpses of myself.  And it was more painful to watch than I could have ever imagined.

I could see myself on an evening when the whole family is playing wildly. And it’s SO loud.  I am trying to clear the dishes and wipe the food from the table, alone.  I’m very tired.  And then, in the middle of their frenzied happy state, Daddy suggests warm chocolate chip cookies, and everyone starts chanting, “Cookies! Cookies! Cookies!”  I, in my amazing wisdom, choose this happy moment to slam my hand down onto the counter and snap, “What do I look like?  A slave?”  Suddenly, everyone grows quiet.  And I pinch my lips as tight as I can.  For a minute, I’m that bitter woman.

Of course it isn’t fair!  Yes, I’m overworked.  No, I shouldn’t have to bake cookies!

But every time I try to drive my point home, I’m left with a hollow, empty feeling.  I’ve sat angrily in the car, while everyone tries to lighten the mood.  But I still sat there mad.  I’ve thrown fits when I think people aren’t helping.  I’ve stomped and stormed.  And then stayed bitter through apologies and efforts of my family to reach out.  Whatever had happened to that woman in the restaurant, everyone else was trying to let it go.  Everyone else was trying to reach out to her in love and friendship.

Whenever I think back to The Case of the Bitter Woman, I try to remind myself that the only thing that woman could control was her own mood.  And it appeared that she could have enjoyed a fun family dinner.  Or she could have sat there angrily.  That’s her choice.

I next saw this bitter woman in an airport.  There were two couples sitting next to us in a food court just passing the time while waiting for a flight.  One woman had the unmistakable look of a bitter woman.  Her husband tried and tried to make her happy. He offered to buy her something to drink, to get her some food, to grab her a treat. She was quietly snapping at him, “I SAID, I’m fine!” She mostly kept her lips pinched while the other three laughed and reminisced about their trip.  If her husband tried to engage her, she just corrected him or ignored him.  It was subtle.  And it looked as if they were probably normally a loving couple.  But something had made her angry, and she refused to let it go. At least that’s what I imagined.

I’ve noticed that bitterness is not a good look on a woman. It takes all of the beauty of her face and distorts it.  Instead of loving and welcoming, it looks cold and dismissive. One of the definitions of “bitter” is a resentful feeling because of a perceived injustice. And that’s exactly what I’ve noticed for myself.  I usually feel those nasty bitter feelings creeping up when I feel overworked, which I mostly bring upon myself.  But no matter how much I stomp and storm, I just don’t feel better.  I feel bitter. Sometimes the truth of my misguided perception comes slamming into my mind, full force.  I am immediately humbled and sorry that I have allowed myself to be The Bitter Woman.  But other times, it’s hard not to harbor such resentful feelings.

Instead of running out the door like I wanted to today, I rallied the troops and suggested we go for a drive.  Greg took us on a wonderful adventure through the Red Cliffs Preserve on a road we had never explored.  It was fun to be together as a family. And the scenery was breathtaking.  I tried to forget all of the work waiting for me back home, and for awhile, I relaxed and enjoyed the day.

We stopped at a little spot when the lighting was perfect, and Greg snapped a few shots with his camera.  He’s always bugging me about learning to use the camera, so I took it for a turn.  I wanted to practice some shots of Emma with the sun behind her.  I took a few, made some adjustments, and tried to take some more.  Emma grew impatient with me.  And so did Greg.  As I was coaxing Emma to please pose for another shot, she snapped at me.  Then Greg snapped at me, too, telling me to STOP!

They were minor offenses, if any at all.  But I lowered the camera.  Then I pulled the strap off of my neck and announced that I was done.  I practically pushed the camera into Greg’s hands.  They were both trying to backtrack, saying sorry and begging me to come back.  But I would have none of it.  I walked back to the car and climbed in. The mood was heavy as the whole family loaded into the car.  The boys had been tromping around happily, but now Greg was barking and hurrying them into their seats.  I kept my face toward the window.  And you can be sure my lips were pinched tightly into place.

As we drove, everyone tried different attempts to lighten the mood.  But I sat stoically in my seat. Silent and cold. Deep inside, I was marveling at the majestic sunset. The landscape was so glorious it almost hurt to breathe!  Numerous times I wanted to beg Greg to stop so that we could snap this shot or that. It was so heartbreakingly beautiful.  But I wouldn’t let go of my bitterness. I was filled with pride.  I wouldn’t dare take up the camera again.  Even though they had been begging me to as I had walked bitterly to the car.

Luckily by the time we got home and the whole family filed into the house, I was working on letting it all go.  I made a huge stack of warm pancakes and started serving them to the boys.  Emma scooted up next to me at the counter, and then I felt her arms go around me.  She apologized for ruining the outing.  Soon Greg was walking up next to me.  He apologized for snapping at me while I was using the camera.  For some dumb reason, I STRUGGLED to let it go.  I’m sad to say that my lips probably stayed a bit pinched.

Of course people will snap at me. Don’t I do it, too? Of course I will have frustrating, tiresome days.  Didn’t I sign up to be a mother?  Of course I will have mood swings and angry stretches.  Can’t I forgive?  Can’t I forget?  The quicker I learn to let things go, the happier I will be.  I wish so badly I would have laughed when they got on my case about taking too many pictures.  I wish so badly I would have handed the camera back to Greg and then gone exploring with the boys.  And then on that beautiful drive home, I could’ve begged Greg to stop and take some shots of the sun setting gloriously in the desert on a gorgeous Sunday evening.

I wish I would’ve remembered that bitter woman a little sooner.  Because then I could’ve hugged Emma tightly back as we stood at the counter.  And I could’ve kissed my husband’s lips as he apologized.

The only thing holding me back from happiness is me. Everything I ever needed or ever wanted is right there in front of me.

May I let go of any perceived injustices.  And be the kind of person who lights up a room with her love.

How to respond when we are feeling overwhelmed or slighted is always a challenge. I especially find it difficult to ask for more help in our home when I feel like I have not taken good care of myself or kept up with my domestic duties as I "should" have, regardless of the reasons. I struggle to balance it out. This zrticle is a good reminder to me of what I need to do BEFORE I reach the angry, bitter stage. I appreciate the other comments with wonderful suggestions as well!

I might have scanned over the comments too quickly, but I didn't notice any reference to anyone wondering what kind of day or week that the husband has been through. The kids might be another matter because they need properly taught and trained.... But, before expecting something particular from the husband.... the husband that is hoping to unwind with his family.... who might be dealing with things like threats of a lay-off or a demotion, a man who desperately needs some mental relief from a particularly stressful week at work.... Just keep giving him the frownie face, the clenched teeth, the pinched lips and the quiet treatment... and you may well be soon dealing with some much more serious problems. Men will tend to spend time where they feel comfortable and wanted. Granted, both the man and the woman need help and support from each other.. but, please remember that a man's nature is to "avoid talking about unpleasant, bad or stressful stuff" when he gets home.... while a woman tends to be more communicative. I guess my main point would be to continually work on friendly, productive communication with your spouse... and forget about trying to train a husband. I think it would be fair to say that while a man might understand tears in his wife's eyes, he won't understand her being hateful.