The Greatest Poverty has Nothing to do with Money | Meridian Magazine 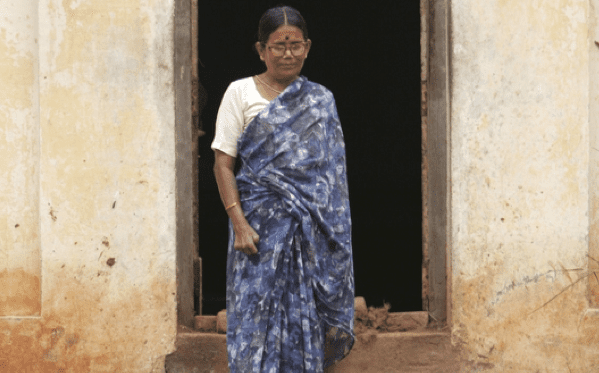 The Greatest Poverty has Nothing to do with Money

To learn more about the efforts of Rising Star Outreach and to find out how you can help, click here.

My friend, Padma, entered a home in a leprosy colony in Southern India. It was poorly lit but Padma could make out a lumpy shape in the corner. Intrigued, Padma looked closer and noticed that there were feet visible under the cloth. Could this be a hunched woman covered by a threadbare sari, as if someone had thrown a blanket over like a piece of old furniture?

Padma gently addressed the “lump.” There was no response. She tried again without any more success, except that the protruding feet disappeared into the lump. At this point a man entered the room from the outside. He seemed surprised to see Padma in his cramped little room. “What are you doing here?” he asked suspiciously. Padma told him she had come to speak to his wife.

“Humpff”, he grunted. “Don’t waste your time. She’s mental! She can’t answer you.” He was clearly ready for Padma to depart. Reluctantly Padma turned away.

Padma had come to this colony because she had high hopes of being able to encourage the colony members to stop begging and begin small businesses by pooling their savings and then providing each other small loans, one by one.

She met with a few women who seemed to be interested, but Padma wanted to involve every woman.   She began to go door to door. There were a few men who were interested and so Padma included them, as well. But she was particularly interested in the women.

The “homes” in this colony were really more like “apartments”. They had been built of cement by the government. The only difference is that these apartments had only one room. All four walls, floor and ceiling were formed by cement. There were no bathrooms, kitchens, or bedrooms. Cooking was done outside over open fires. Bathrooms were wherever you could find a private spot. The residents of the colony either slept outside or on a mat in their one room—often shoulder to shoulder.

These rooms, about six feet square, generally were not burdened by furniture, with an occasional exception of a bed. The corners of the rooms held plastic or tin pots to collect water, a tin pan or two to cook food, and perhaps a couple of tin plates for eating. Some of the homes had a rope, strung overhead to dry the ragged clothes owned by the family. Other than that, the homes were barren.

When Padma left the colony she was haunted by the mental image of the woman hunched down in the corner of a dark room, with a piece of material thrown over her. She tried to think of a way she could get a response from the woman and perhaps break through the silence.

A week later Padma was back in the colony to help people with their new businesses. When she finished with the Women’s Self-help Group she had started the week before, Padma made her way to the home with the woman sunk into the corner.

The husband glanced up as Padma entered. He was not pleased to see Padma back in his home. She quickly spoke up and said, “I have a gift for your wife.” She pulled a baby turkey out of the large bag that she had brought with her. The husband laughed and said, “She can’t have it—I told you—she’s mental.

Refusing to be deterred, Padma set the turkey on the floor in front of the hidden wife. She gave the turkey a little nudge toward the woman. The man glowered at Padma, irritated that she wouldn’t go away. He prepared to order her out of the house.

But the baby turkey had walked up to the woman and begun pecking at her covering. Both Padma and the husband were surprised to see the figure in the corner lift up the edge of her covering, push the turkey away, and pull the cover back down over her head.

“See, I told you so”, the man said triumphantly. “She can’t have your gift, because she’s mental.” While Padma and the husband talked, the baby turkey had walked back to the hump in the corner and began pecking at her sari. This time the woman lifted up the covering, reached out, grabbed the baby turkey, brought it into her bosom and then immediately closed the covering back down to the ground. This time it was Padma who smiled! Nothing more happened, so Padma left.

The next time Padma came to the colony an amazing sight awaited her. When Padma entered the woman’s home, she was amazed to see the woman sitting in the corner with her head uncovered, playing with the little turkey. She had apparently bonded with the little bird!

Padma was so excited with this progress that the next week when she came to the colony, she brought the woman ten baby turkeys to raise as the beginnings of a micro-business.

I later had the opportunity of visiting this woman. What a transformation had taken place. When Padma and I approached the colony we saw this woman confidently stride by, followed by a gaggle of turkeys. She looked like the Pied Piper of turkeys! Padma called out to her, “Madam, what are you doing?” She responded cheerily, “I’m walking my turkeys. I walk them for 45 minutes every morning and every night.” She confided, “They are like my children!”

As I met with her I was struck by how confident she sounded. Her turkey business had been a phenomenal success. She was now the wealthiest woman in the colony. In fact, the month previously she had been voted the colony leader! What a contrast!

It turns out that she was not “mental” at all. She had been so terribly depressed that she had just pulled the hood over her head and waited in the corner to die. Now she was a happy, confident woman. Padma had told me that the woman now had several hundred dollars in the bank. When I asked her about it, she said, “Not any more. . .” With a huge smile spreading over her face she announced to us that she had spent the money on gold earrings.

I was appalled. This woman who needed so many things so desperately, had spent hundreds of dollars on gold earrings? “W-w-why on earth did you do that?” I stammered. Padma explained to me that people in India wear their gold. The amount of gold a woman is wearing determines how everyone else reacts to her.  A woman with real gold earrings will be waited on first in a store. She will be spoken to respectfully. So this woman who had no running water, no electricity—basically nothing that we would consider necessities of life—had spent her money on respect.

This lovely woman went on to tell us that she had bought her husband a sliver belt. (This could be a great story on forgiveness!) He glowed with pride as he showed us his belt. He told us how proud he was of his wife and what a joy it was to see her happy and successful.

Mother Teresa once said, “Loneliness and the feeling of being unwanted is the most terrible poverty. Being unwanted, unloved, uncared for, forgotten by everybody, I think that is a much greater hunger, a much greater poverty than the person who has nothing to eat.”

We all need to feel that we are needed, that we have valuable talents to offer the world. We want to feel loved and appreciated. These things are all free. These are gifts that every one of us can give to another. We don’t need to have a lot of money or influence. We only need to have love. These gifts have much more power to transform another person than just money. I don’t recall a single story from the scriptures of Jesus giving money to a person. Yet there are numerous stories of him transforming lives as He offered love and respect.

We are all surrounded by people young and old, who crave affirmation. Sometimes one sentence is enough to awaken a sense of personal dignity. Other times we have to continue to encourage and affirm. As we freely give love and respect to others, we can often witness as great a transformation as occurred in a dinghy leprosy home in Southern India.

To learn more about the efforts of Rising Star Outreach and to find out how you can help, click here.

Jacque, thank you for your kind interest in our work! You can reach me at [email protected] The Rising Star Outreach office is in Provo. Their phone is 801.820.0466

I loved this article. What a great lesson to be learned. Thank you for sharing this. I would love to learn more about what you do and how to help. Thank you.