The Question of Horses in the Book of Mormon | Meridian Magazine 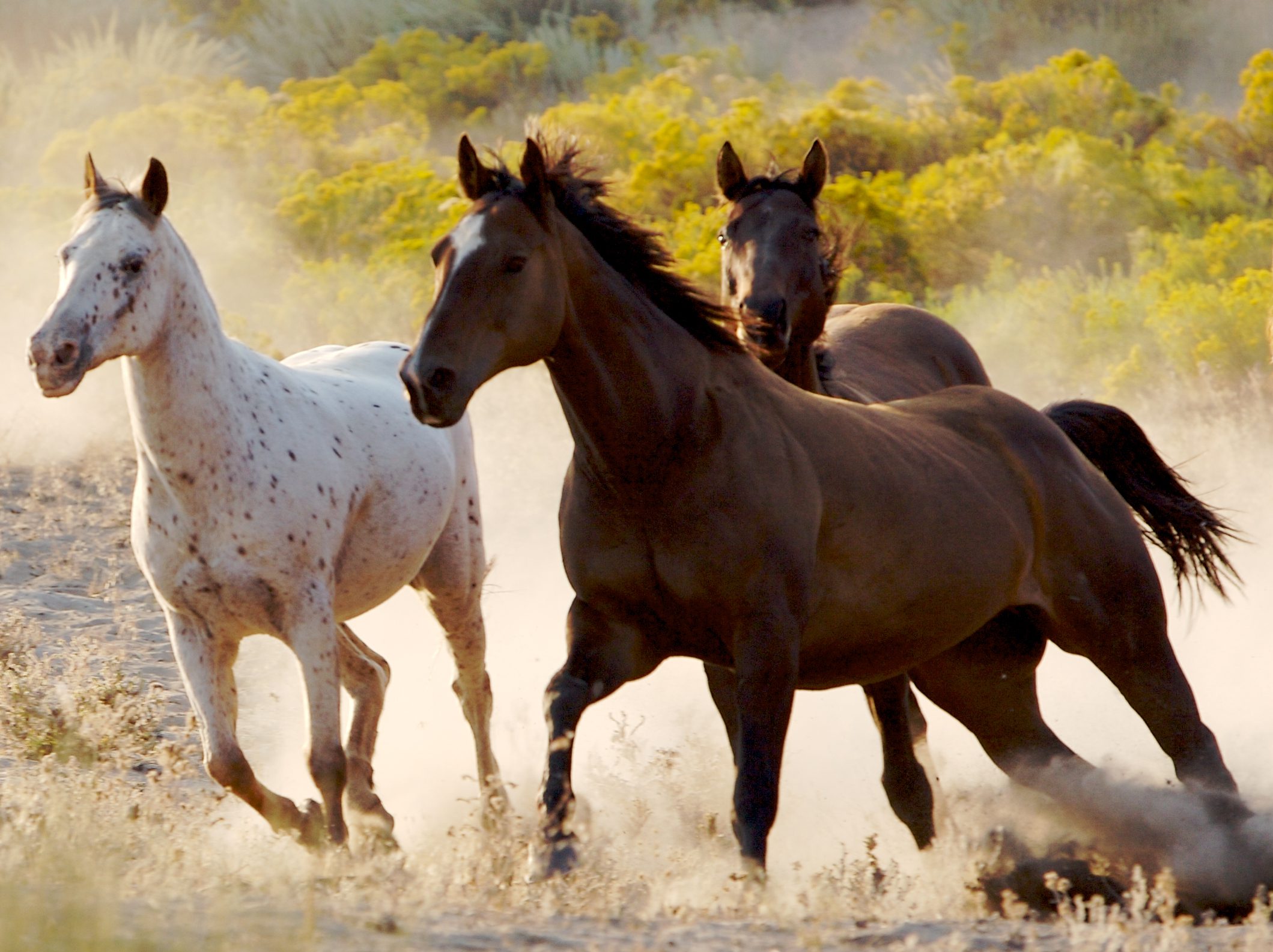 The Question of Horses in the Book of Mormon

The following was originally published on Jeff Lindsay’s blog, Mormanity.

Several recent publications on this topic deserve to be considered:

Both of these are now mentioned on my related Mormon Answers (LDSFAQ) page, “Questions About Problems with Plants and Animals in the Book of Mormon.”

These new publications remind us of some vital issues that are often overlooked by those criticizing the Book of Mormon:

1) In Joseph’s day, it was understood that horses simply were not in the ancient Americas at all. It was only after the Book of Mormon was published that it became known that there were ancient horses, elephants, and camels here long ago. So yes, these animals were in the Americas, but are believed to have gone extinct well before Book of Mormon times.

2) The last surviving groups of any extinct animal are likely to be present long after the apparent extinction date because fossilized or preserved remains of any species are very rare, and thus the apparent “last” remains found are rarely the actual last animal that existed. The difference between reported extinction date and the actual persistence of a species can be hundreds or thousands of years, or, in some cases, millions of years when species once thought to be extinct were found to still exist (e.g., the coelacanth fish).

3) It is possible that in some regions, now-extinct animals such as the horse might have persisted long after the apparent extinction of the species. Recent evidence also shows some mammoths lived long past the previously recognized extinction date in northern North America. It could be that some surviving horses were found and exploited by Nephites when they arrived. They are not mentioned after the time of Christ, as if they had gone extinct by then.

4) Pre-Columbian remains of horses in the Americas raise the possibility that horses were present for a while in Book of Mormon lands during Book of Mormon times. Both of the above papers provide detailed evidence that needs to be part of future debates on this topic.

5) Finding remains of ancient animals in a hot, humid climate with an acidic soil, typical of Mesoamerica, is extremely unlikely. However, the cooler climate of caves represents a possible place where such remains might endure, and this is where some of the most promising finds have been made. The many decades it took to find any physical evidence of horses among the ancient huns, whose empire was based on heavy use of horses, reminds us of how difficult it is to find animal remains among ancient peoples that used them, especially when the animal is edible (and rather tasty, according to some of my friends in Europe — for a while I lived next to a horse butcher shop in Switzerland).

6) While it is possible that the word “horse” might have been applied to another species,  in light of evidence that horses were in the Americas anciently and in light of at least some traces of horse remains among pre-Columbian Native Americans, assuming that actual horses were meant is a reasonable approach. Of course, much more work is needed in this area. Meanwhile, the hard evidence presented by Johnson and further evidence discussed by Miller and Roper should not be overlooked.

Critics have asked where are horses in Mesoamerican art if they were still around in Book of Mormon times? I would also like to point out that the horses among the Nephites may have been unusual or rare animals that became fully extinct before the end of the Nephite record. If they were not a significant part of life for Book of Mormon peoples, they may also have not been important or significant in other neighboring cultures. If they became fully extinct in Book of Mormon lands by, say 50 AD, there is no reason to expect Mesoamerican art from later times to show them. What we have from earlier times is a minute fraction of what remains to be excavated. The lack of clear horse figures in what we have so far from the early Book of Mormon period is not conclusive evidence that horses or other animals were not present in the Americas then.

None of this will satisfy the critics. But keep in mind that horses in the Book of Mormon are one of the biggest weaknesses in a book abounding with strengths. If the book is true, as I believe it is, it should hardly be surprising that serious unresolved questions marks persist in some areas. Apparent weaknesses need to be considered in light of the strengths as well, such as the abundance of evidence from the Arabian Peninsula, the Old World elements such as Hebraic word plays and poetical elements throughout the Book of Mormon, the reliable and compelling evidence from numerous witnesses of the plates and the translation process, etc.

Further, the weakness of uncertain horses in the Book of Mormon is an area with a hint of a familiar trend: what seemed to be a blunder contrary to common knowledge in 1830 (“no horses ever existed here anciently — they came from the Spaniards”) later changed in light of fossil evidence showing horses were here and actually originated in the Americas. The problem shifted to one of timing relative to their apparent extinction before the Nephites arrived. But the extinction date has been pushed back, and now there is at least tentative though not widely accepted evidence of actual horses in the Americas during Book of Mormon times.

Just as the common knowledge that America’s wild horses came from recent Spanish horses didn’t manage to inform the authors of the Book of Mormon (whether that was Joseph and fellow conspirators or ancient writers), that “horse sense” may be lacking among the animals themselves.  Daniel Johnson’s paper notes the discrepancy between Spanish horses and possible release of Spanish horses with the common type of horses favored by some Indian tribes, raising legitimate questions about the origins of these animals.

A recent study on wild horse DNA in British Columbian horses also raises the possibility that non-Spanish origins are important, though this does not necessarily mean the horses have ancient American origins, but could have descended from other Old World imports. It’s an area for further research, but one that keeps the door open for the unexpected result that wild horses in the Americas may have been here all along and are not all descended from horses introduced by the Spaniards or others. See E. Gus Cothran and Wayne P. McCrory, “A Preliminary Genetic Study of the Wild Horse (Equus Caballus) in the Brittany Triangle (Tachelach’ed) Region of the ?Elegesi Qayus (Nemiah) Wild Horse Preserve of British Columbia,” The Long Riders Guild Academic Foundation, Nov. 2014, https://www.lrgaf.org/articles/Wild%20Horse%20DNA%20Report%202015.pdf.

As a reminder of common knowledge on horses being from the Spaniards, here is an excerpt from the article “Equus” in the British Encyclopedia, vol. 3, printed in 1809. An American version of this came out in 1819.

Likewise, the opening page of Jedidiah Morse’s popular American Gazetteer printed in 1809 reminds us that the wild horses used by an Indian tribe in South America were, of course, introduced by the Spaniards:

If Joseph were the literati that he seems to have been, based on the evolving narrative used to explain key Book of Mormon evidence, one must ask why he would be ignorant of the well-known fact that horses and elephants were not ever present in the ancient Americas? Why did he not possess the common knowledge that horses were introduced by the Spaniards? For a guy who is pulling arcane information off of elite maps of Arabia and accessing libraries of cutting-edge information to add little bits and pieces of plausibility to the book, it seems bizarre that he would suddenly fail to consult his technical advisory team when it came to animals in the Book of Mormon — and then manage to have his animal blunders (like many other former blunders in the book) at least given a touch of hope by later fossil finds showing that they actually were native to the Americas anciently. But it seems that this is still mostly too ancient for comfort — so far, though Daniel Johnson’s discussion of the evidence raises significant hopes that there is much more than we’ve recognized that has already been found. Stay tuned.
6 Comments | Post or read comments

Rusty, these topics have been covered for years in easily available sources. I discuss some of these on my page on plants and animals at www.jefflindsay.com/LDSFAQ/FQ_BMProb2.shtml. You'll be happy to know, for example, that barley was used by ancient Americans, though the evidence for that was only recently found. Dig into the literature and let me know what you think. Check FairMormon, mi.byu.edu, and MormonInterpreter.com. Plenty of interesting material to ponder.

Now that you've looked at horses, how about looking at sheep, goats, cattle, grapes, wheat and barley...all of which HAD to be used for the Law of Moses sacrifices. You might also look at where these were found in ancient America...in the Yucatan and Guatemala? Or in the eastern U.S.? The answers to those questions can point to the most likely place where the Book of Mormon unfolded. Food for thought!