What Is Spiritual Inoculation and Will It Hurt? | Meridian Magazine 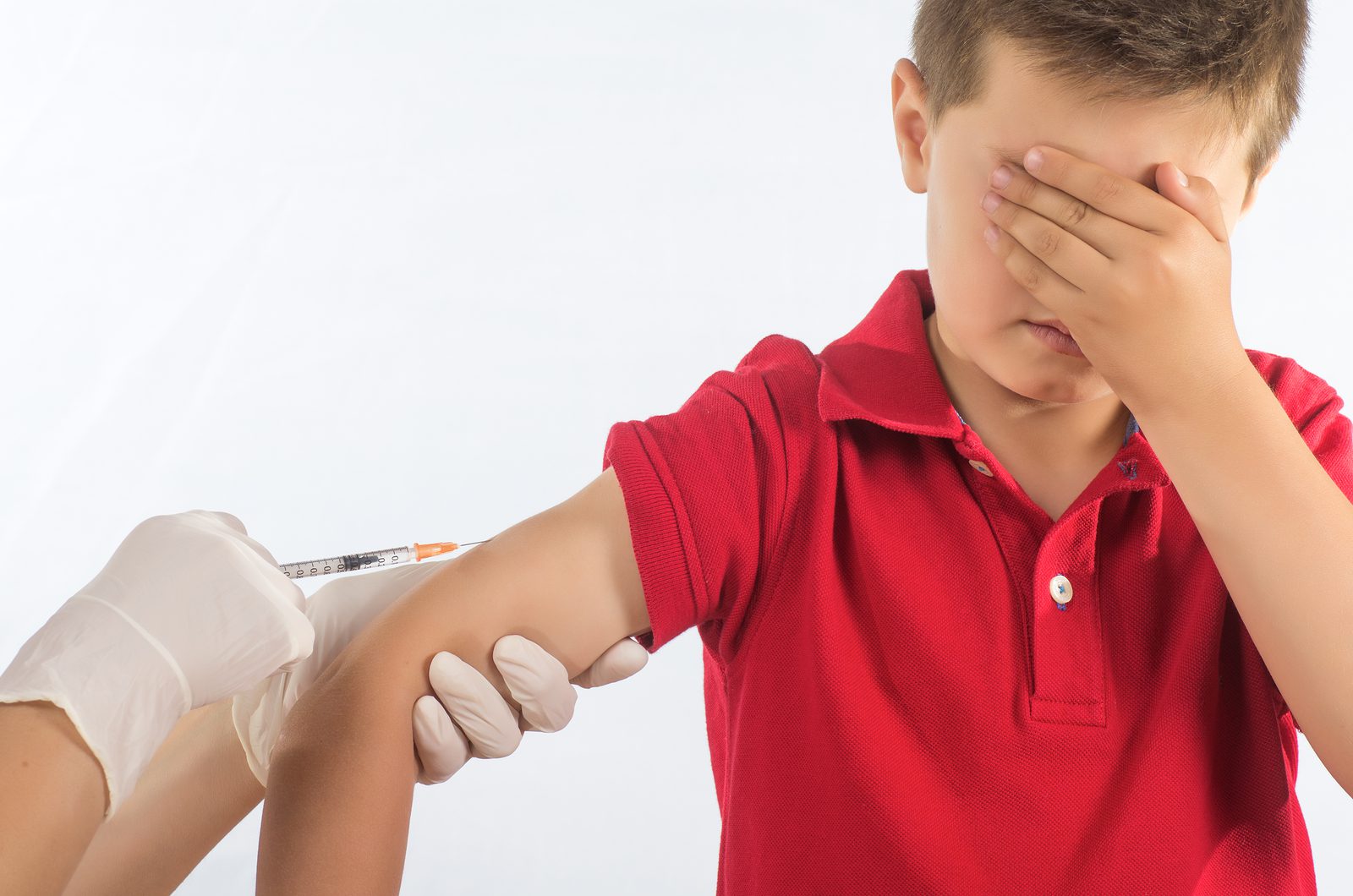 What Is Spiritual Inoculation and Will It Hurt?

The following is the beginning of a series of articles on difficult and controversial topics in LDS Church History and Doctrine taken from A Reason for Faith: Navigating LDS Doctrine and Church History.

Spiritual inoculation is a phrase that is becoming more common in discussions about Church history. It has more to do with facts than faith, but it’s crucial to maintaining enduring belief.

Let me explain. Members of the LDS Church focus on their history more than members of other religions. This is in part because of the exclusive priesthood authority claims and other teachings, which are largely based on historical events.

Take Joseph Smith’s vision in the grove. We sing songs about it, make movies re-enacting it, hang pictures in our homes depicting it, discuss it generally in our teaching manuals, and even make quasi-pilgrimages to its probable location. Don’t misunderstand me. There is nothing inherently wrong with this.

But such veneration can quickly turn into confusion if one encounters strident voices that challenge the traditional account through the use of accurate, but previously unknown, details. At that point, fear and feelings of betrayal may emerge as religious convictions are re-examined. In extreme cases, the mind becomes jumbled; long-established beliefs battle against this new influx of information.

Psychologists call this cognitive dissonance. Those experiencing this uncomfortable condition often seek quick resolution to the discord, even if that means walking away from their faith.

I’ve seen it happen to two of my children. It is a difficult thing to watch as a parent, and the type of thing that tends to make one passionate about spiritual inoculation. Passionate enough to spend a year compiling a book like A Reason for Faith.

Where Do We Go from Here?

About two years ago I drew a line in the sand. Sorry about the cliché, but it fits. It was then that I decided I was no longer going to let others inform my children about the more difficult-to-understand aspects of Church doctrine and history.

Historian Steven Harper taught me a great principle: it’s all in the delivery. A teacher or a parent has the power to take the shock value out of the presentation of new material by discussing it in context. In the case of the First Vision, the multiple accounts are not proof of a fraudulent story but rather could indicate Joseph Smith’s unfolding understanding of his vision of deity over time. They could also simply reflect the different audiences for the narratives. Exploring these observations can dispel confusion as it inoculates. It can also neutralize future exposure to half-truths and misrepresentations.

This is not “spinning” our history and doctrine. It is more comprehensive teaching, which is necessary and even desirable in this age of increased information. It is also a trust-building exercise as issues are explored together. This is a time for honesty and validation about discomfort, complexities, fallibility, and unanswerable questions. Ultimately it is a faith-establishing experience as history is placed in its proper relationship to spiritual experiences gleaned from living the gospel of Jesus Christ.

The Gospel Topics essays would have been the best place to turn for initial research in my new role as in-house Church history and doctrine counselor, but at that time only a few had been published. There are now more Gospel Topics essays showing that discussion of these subjects is encouraged and analysis of our religious history, doctrines, and policies is ongoing.

My curiosity led me to begin my studies by exploring the origin of the Book of Abraham. After listening to a 3-CD set on the topic for the third time, I threw up my hands—almost in despair. This was going to take much more effort than I had originally thought. And if I was going to go to all this work, then by golly, I was going to make a book out of it, so others would not have to replicate my efforts.

I shared the book idea with my husband. He smiled, then brought me back down to earth by softly saying, “Nobody will buy it.”

“Why?” (Imagine hands on the hips and petulant lips.)

“Because you don’t know what you are talking about. You need to get experts to write the chapters.”

“Oh, yeah. Just send Richard Bushman an email and ask him to write a chapter on Money Digging.”

After reading half of one more scholarly article on the Book of Abraham, I decided that I liked my husband’s idea better than mine after all. The next week he and I sat down, each armed with a laptop.

Our goal was to identify the topics being discussed most often on the Internet and then locate a scholar who could adequately address the topic for a mainstream LDS audience. We eventually settled on seventeen topics.

Then there was that little detail about getting these busy scholars to take the time out of their schedules and agree to write a chapter for the book. No promises of royalties (and none are being generated) or hopes for placement on the tenure track; they would help just because their expertise was needed.

To be perfectly honest, I didn’t think we would get responses. To my surprise, we got our first positive reply before we had finished sending out our list of emails. Then they started flooding in: Steven Harper, Richard Bushman, Kerry Muhlestein, Ron Barney, and Paul Reeve. Later, Brant Gardner, Alex Baugh, Kent Jackson, Don Bradley, Mark Ashurst-McGee, Ugo Perego, Neylan McBaine, Ty Mansfield, and David Bailey joined our team.

Nearly two years later, I hold in my hands a book better than I ever envisioned. Not only are the chapters engaging but they also cover the major controversial topics in a straightforward, but faithful manner.

It’s time for more members to join the discussion by giving seekers a safe place to go for answers to their questions. And aren’t we all seekers?

A historian friend once declared, “the more complicated the history, the more nuanced our conclusions need to be.” We have a complicated history, some of which is poorly documented. It would be sad if we were to discard that which we know for that which we don’t understand.

As Elder Ballard counselled in his recent talk to seminary and institute teachers, the home is the first place where our youth should be introduced “to authoritative sources on topics that may be less well-known or controversial so . . . [they] will measure whatever they hear or read later against what you have already taught them.”

The goal is not to teach our children Church history, so they will have an enduring testimony of Christ. Faith in Christ is generally developed in other ways. The objective is to inoculate our members, so they won’t be deceived or caught off guard when they encounter controversial topics in less nurturing environments. It is also to encourage members to pull those items off the shelves and see if there aren’t some new ways of thinking about them. Increased and substantive discussion about our collective history and doctrine can be a good thing.

The other day a friend came over to visit. I pulled out a copy of A Reason for Faith and asked him what I could do to convince him that he not only wanted to read this book but also to share its contents with his children. “Because you know, you are a believing person and don’t really have any questions.”

My friend’s expression changed, and he replied: “I wouldn’t say I don’t have any questions.”

“Well, why don’t you look for answers to those questions?”

“Because I have a testimony, and I am busy. I work all day, then I come home and go to soccer or baseball games. Someday I hope to have time to study. You know, when my kids are older or in college.”

“But what if your son has questions about those things before you get around to studying? Who is going to answer his questions?”

He paused as he thought over that scenario.

“I guess I would read it for my son,” he replied, as he picked up the book and turned to the table of contents. Then came a flood of questions, concluding with, “And what about the dinosaurs?”

It was if I had untied the knot on a fully inflated balloon and let loose air that had been trapped for a very long time. Keeping questions bottled up is not spiritually healthy, especially when guidance is available. Together we can work out these issues that serve as a distraction to faith rather than an emblem of it.

Most of us have pressing demands vying for a place on our calendar. A Reason for Faith was designed with these constraints in mind. It can be read at varying paces, allowing for sufficient time to traverse sometimes unfamiliar territory. The short chapters provide a convenient resource that can lay a solid foundation for further study and growth.

The time investment will be worthwhile because it is the continual search for truth, both secular and spiritual, that will give us a reason for faith.

In upcoming installments, I will act as your guide to these topics, give you a sneak peek at some of the chapters, and share ideas on presenting what you have learned with others.

A Reason for Faith: Navigating LDS Doctrine and Church History is now available at Deseret Book. On May 9, it will ship from online retailers. Digital versions of selected individual chapters can be purchased online from Deseret Book.

LAURA HARRIS HALES earned a master’s degree in professional writing from New England College. She works as a freelance copy editor. Along with her husband, Brian Hales, she maintains the website JosephSmithsPolygamy.org. Her five children—all avid truth seekers—never cease to amaze and inspire her.

The best personal innoculation for me came from reading an article by David Bitton entitled "I Don't Have a Testimony of the History of the Church". Brother Bitton is a historian and wrote this article that was published by FAIR in 2007. I, like Bro. Bitton, do not have a testimony of Church history. I do have a testimony of the Gospel of Jesus Christ and The Church of Jesus Christ. Not the so-called Mormon Church. Church history is no different than any other history. It was written by men and women from their perspectives, agendas, and etc. Those of us who are converts to the Gospel of Jesus Christ and do not have to suffer with being from pioneer stock became members after much prayer and for many, much sacrifice. I just hope the members of the church don't continue to be brainwashed by the new liberal elite who are so loud and demanding that the church do things their way or it is false. As my wife so aptly states: Get over yourself!

A Happy Hubby, May 3, 2016 writes... I wonder if "inoculation" is a bad analogy. We inoculate to keep from getting some bad disease. Is our church history a "bad disease?" I don't see the inoculation as being to protect from Mormon history, but rather, inoculation for spiritual protection from sources with an evil intent. Even supercharging our spiritual immune systems with an enlightenment about how things really are.