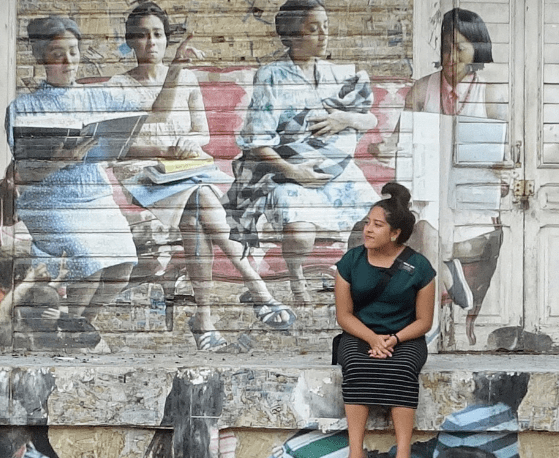 Sign up for Meridian’s Free Newsletter, please CLICK HERE
“The Future of Puerto Rico Is Bright” – Elder Neil L. Andersen, March 18th, 2017
My Dear Family and Friends,
I want to start off by expressing my heartfelt gratitude for all of you.  All of your prayers towards the lovely people of Puerto Rico, for my family and I and for our mission. I have felt the love of many through your emails, letters, and hand-written notes. There are not enough words, songs, letters that could describe the love I have for all of you.
These last 3 weeks have been without a doubt some of the most spiritual and some of the most faith-trying weeks of my life.  A lot has happened so I’ll just start from the beginning.  So, on Saturday the 16th of September we received a text from the Mission President, that we needed to go to the store and buy food, water, and any other supplies needed in preparation for Hurricane Maria. Everyone was already freaking out a bit, buying everything they could since we had just gone through Hurricane Irma a week and a half before.  We were able to buy everything and all was well.
That following Monday night, a member had been accompanying us to different appointments and she was updating us on what category the Hurricane was at,  and we knew the trajectory and that it was coming towards us, but we really still kinda had no idea what was going to happen.  The next morning, we received a text saying that we needed to pack our evacuation carry on suitcase (basically, grab a change of clothes and leave everything else) and that we were going to the Mission Home.  That was not what we were expecting, but we packed up and were on our way. 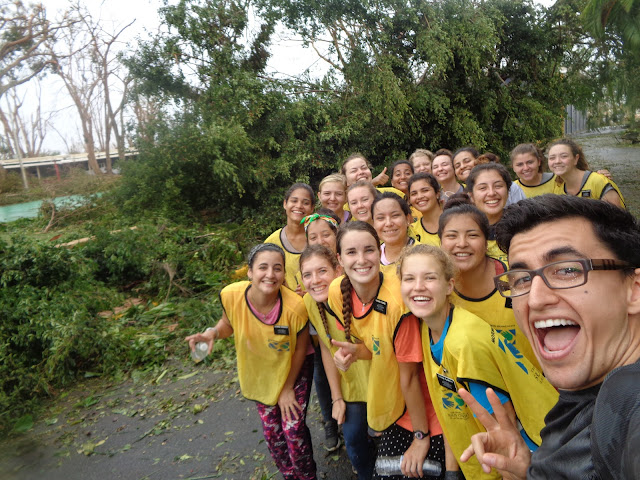 Friday comes, we are thinking we are going back to our missionary homes soon, but were not sure when.  Over the course of those four days we had been so spiritually edified, and it honestly was as spiritual as girls camp and trek combined.  That night, I remember laughing and having so much fun with the other Sisters, when President Smart came in to the Mission Home, asking for all of us to come meet in the living room.  We said a prayer and after it, Hermana Smart was already bawling.  Something had happened!?!
President Smart started telling us how he had been talking with the leaders of the Church in Salt Lake, (including some Apostles) and he updated us on the severity of the damage to the island, and how our resources like food,water and fuel were quickly diminishing, and that we were rapidly running out.  He then told us that the island was completely out of power, and running water and they weren’t expecting to have it repaired for a year.  He then said, that because there’s no power and water, there is no way that we could survive.
He then stopped, and said, holding back tears, “Our Church Leaders decided that we are going to have to evacuate the island, and all Missionaries will be getting reassigned to different Missions”.  In just one moment, my world, completely broke into a million pieces. The sound of hysterical crying, and almost mourning like sounds filled the room.  He then continued, while crying, that this was decided by the First Presidency, and the Quorum of the Twelve, and then read off our reassignments.
He kept saying how this was not what he wanted either, that this was all inspired, for our safety, and that this was also an answer and a help to the prayers of our parents, and families.  He then told us we had to start packing because we were going to leave the next morning, early around 6:00.  I didn’t sleep. I didn’t sleep for a while to be quite honest. I felt very numb, then would start bawling, then felt numb again. I slept for about an hour.  I maintained great faith and trust in the Lord, and as hard as this was, I know the Lord has a plan and that all would be ok!
The next morning, we went to the airport, only having to come back hours later because there was not enough room for everyone at the airport. They sent all the sisters who were told they were finishing their mission early, to the front of the line. They then moved the Latinas (native Latin missionaries) up to the front of the line as well, then the rest of the Sisters filled in behind them.  Because I was a sister training Leader, I was sent to the back of the line, so that way the other Sisters who were not in any leadership would go first, and we would stay behind.
And just like that, 36 out of the 55 Sisters were gone off the Island, no closure, nothing.  19 of us stayed behind.  It ended up being a big blessing having us stay behind, it helped me prepare a lot more spiritually and emotionally, but at times it also made it harder.  We were able to see many miracles, and even say goodbye to the people we did service for, and had an hour to contact in the neighborhood around the Mission Home.  We had one of the most spiritual sacrament meetings in the Mission Home, I had ever had in my life.
For the sake of time and this long email, I will continue next week because I have to go. But again, thank you, everyone so much. I will forever cherish the memories, spiritual learning and miracles I witnessed serving the people I love so much in Puerto Rico.
Hermana Kali Rae Green
5 Comments | Post or read comments

My daughter, Hermana Turner was with Hermana Green that night. She was 3 weeks from the end of her mission and was one of those sent directly home instead of reassigned. Her account of the events is the same as Hermana Green’s. Hermana Post was her companion. It was heartbreaking for her to have to leave the people of PR in their darkest hour. They still need our fervent prayers and assistance. I am anxious to see how the Miracle of the Caribbean comes to pass. Right now it is so very sad. Thanks for sharing!

Thank you, thank you. I am Hermana Bianucci's mom. We realize how much you all meant to each other. She said it was like ripping her heart out, tearing it into a million pieces and then throwing it all over the country. We are still praying for all you and the people of Puerto Rico. We have hope for your new missions and realize this is all part of Heavenly Father's plan. There are still people waiting for you. We love you and thanks for sharing part of your story.