What We Can Learn from the Great Flood | Meridian Magazine 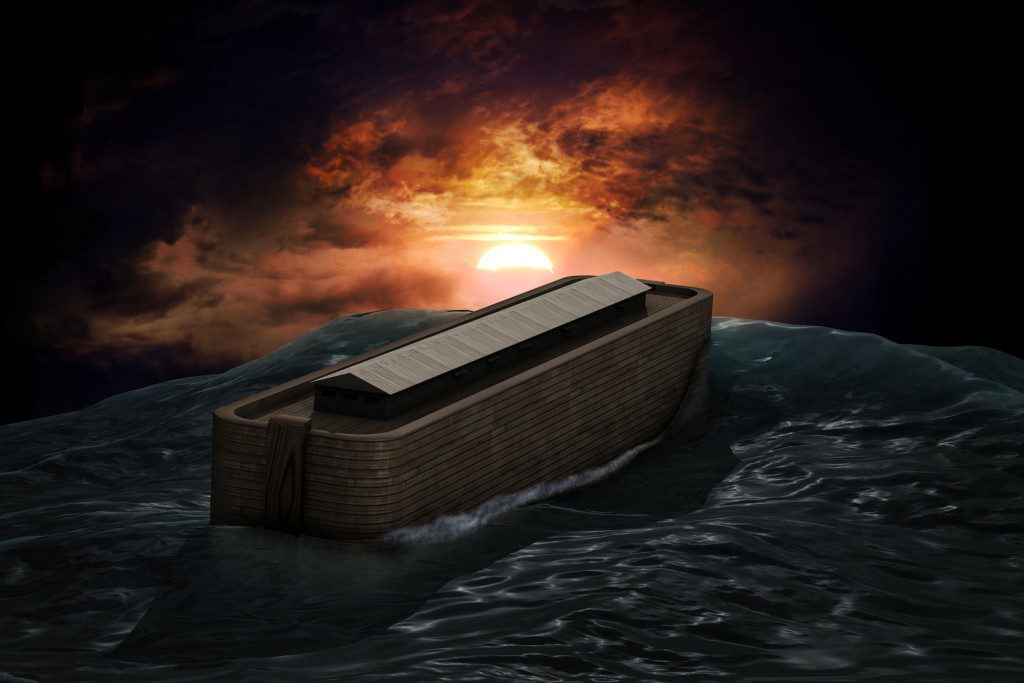 What We Can Learn from the Great Flood

Some significant time spent with the accounts of the Flood in Moses and Genesis offer insights and cautions for all of us.

The Wickedness of the Earth and What God Did About It

In the days of Methuselah, Noah’s grandfather, a similar thing happened:

“And there came forth a great famine into the land, and the Lord cursed the earth with a sore curse, and many of the inhabitants thereof died” (Moses 8:4).

This catastrophe clearly did not curtail the rising tide of wickedness on the planet.

God’s Protection of the Righteous

Nine Reasons for the Flood

After all earlier attempts to bring men to repentance had failed and the righteous had been removed to a place of safety, the Lord cleansed the earth by water. The scriptures suggest eight things that were happening on the earth that led to this cataclysm. A ninth condition leading to the flood was suggested by President John Taylor.

This laughter, this Satanic rejoicing in the face of rampant wickedness and impending destruction was repeated in the Book of Mormon. This report comes from the time just following the destructions in America, during the three days of darkness.

“Wo, wo, wo unto this people; wo unto the inhabitants of the whole earth except they shall repent; for the devil laugheth, and his angels rejoice, because of the slain of the fair sons and daughters of my people; and it is because of their iniquity and abominations that they are fallen!” (3 Nephi 9:2).

Regarding this wickedness Brigham Young said,

“We are inhabitants of a world of sin and sorrow; pain and anguish, every ill that can be heaped upon intelligent beings in a probation we are heirs to. I suppose that God never organized an earth and peopled it that was ever reduced to a lower state of darkness, sin and ignorance than this. I suppose this is one of the lowest kingdoms that ever the Lord Almighty created, and on that account is capable of becoming exalted to be one of the highest kingdoms that has ever had an exaltation in all the eternities. In proportion as it has been reduced so it will be exalted, with that portion of its inhabitants who in their humiliation have cleaved to righteousness and acknowledged God in all things” (Journal of Discourses, X. 175).

“Let us go back to the time when Satan rebelled against the Almighty and drew away one-third of the hosts of heaven. We find that there were pure spirits that stood that test and who had given to them the promise of bodies on this earth. Let us suppose that you and I were there as spirits, awaiting the privilege of taking bodies, and that we could see the wickedness and corruption that was going on upon the earth, and that we could see Prophets going about teaching the principles of righteousness and warning the people of judgments that should come, of the flood that should overwhelm them and of the prisons prepared in which the ungodly should be cast. And we say, “Father, you see the people on the earth that they are wicked and depraved, fallen and corrupt! Yes. Is it right and just that we who have done no wrong should have to enter into such corrupt bodies and partake of the influences with which they are surrounded?” “No,” says the Father, “it is not just, and I will cut them off, I will cause the floods to come upon them to destroy them, and I will send those wicked and disobedient spirits into prison,” which he did” (John Taylor, JD XXII, 301-302).

If we had been there (and we were) awaiting birth, we would have been troubled about the prospect of being sent into a world without a single source of divine light where everyone was only evil continually; a world filled with violence; a place where everybody was corrupt.

There comes a time when the general defilement of a society becomes so great that the rising generation is put under undue pressure and cannot be said to have a fair choice between the way of light and the way of darkness. When such a point is reached the cup of iniquity is full, and the established order that has passed the point of no return and neither can nor will change its ways must be removed physically and forcibly if necessary from the earth, whether by war, plague, famine, or upheavals of nature (Mormon 2:13-15) (Collected Works of Hugh Nibley, Vol.6, Part.5, Ch.11, p.140).

Noel, I cannot comprehend a worldwide flood, but to accept anything less requires me to disbelieve the scriptures which I have a difficult time doing. So many of the phrases used by the Lord are universal. If the flood was a local event, God could certainly have found the language to say so.

If we are to believe that the Flood was a cleansing or baptism of the earth, then it makes sense that the entire earth was immersed in the water.