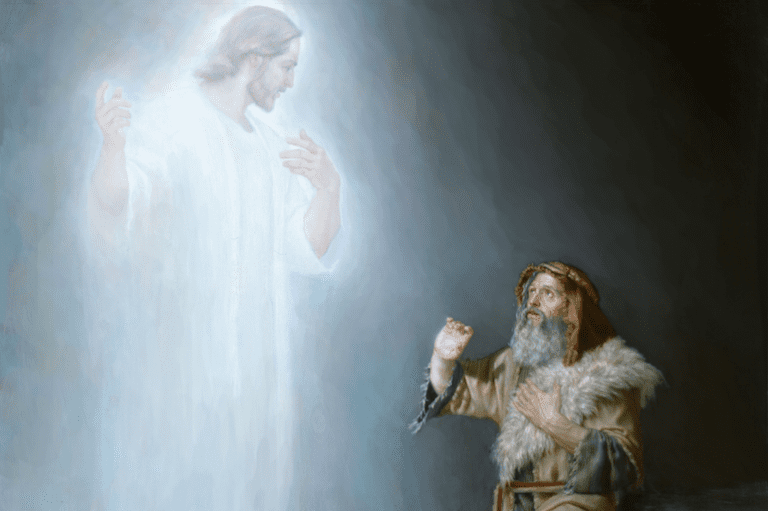 Why Did Moses Seem to Repeat the Same Experience Twice in His Vision?

Editor’s Notes: The following is an Old Testament supplement for Personal Study of Gospel Doctrine Lesson 1: “This Is My Work and My Glory” (Moses 1)

Question: At the beginning of the vision that appears in Moses 1 in the Pearl of Great Price, Moses saw the “world … and all the children of men” (Moses 1:8). Then, near the end of the vision, he seems to have experienced the same thing again when he saw the “earth, and … the inhabitants thereof” (Moses 1:27-29). Why is this so?

Summary: Careful study of Moses 1 and similar documents from the ancient world reveals that Moses’ experience was a tutorial on the plan of salvation from a personal perspective, including his departure from God’s presence in the beginning and his glorious return to that presence in the end through his faithfulness. In verse 8, early on in the vision, it appears that Moses saw the premortal world and all the spirits that God had created (compare Abraham 3:22-23). Later, in verses 27-29, he seems to have experienced a view from heaven of the mortal earth and all its inhabitants.

Many stories of ritual or actual heavenly ascent are structured in two main parts: a “down-road” followed by an “up-road.” This common two-part pattern can be found in scripture within descriptions of the Fall and the Atonement and in accounts of Israel’s apostasy and return. More generally, accounts of heavenly ascent tell the story of the plan of salvation in miniature, as seen from a personal perspective. This pattern can be found in the masterful parable of the Prodigal Son.[ii] The life of Jesus Christ Himself also followed this pattern, though, unlike ordinary mortals, He was without sin: “I came forth from the Father, and am come into the world: again, I leave the world, and go to the Father.”[iii]

With this background in mind, we can better understand the structure of Moses’ vision.

Figure 2. The Structure of Moses 1

Overall structure of Moses 1. Consistent with the basic pattern of many ancient stories of heavenly ascent, Moses’ account tells of how he descends in vision from his first home in the spirit world and then undertakes a step-by-step return to the Father. Unlike the figurative journeys that are represented in earthly temples, Moses 1 ends with an actual encounter with God in the heavenly temple. From within the heavenly temple, he was then shown the story of Creation in detail as is given in the chapters of the book of Moses that follow.

Prologue (vv. 1-2). The opening verses to the chapter provide what Bible scholar Laurence Turner calls an “announcement of plot”[iv] — a brief summary of the most important events that will take place in the story that follows. In this case, the prologue describes how Moses will be “caught up” to “an exceedingly high mountain” where he will receive the glory of God and, after conversing with Him face to face, will enter into His presence.[v]

Moses in the spirit world (vv. 3-8). Following the prologue, Moses was given a description of God’s attributes and a confirmation of his call to a work to which he had previously been foreordained as a son of God in the similitude of the Only Begotten.[vi] He was then shown the “world upon which he was created”— referring to the preexistent spirit realm — and “all the children of men which are, and which were created” — paralleling the view of organized intelligences given to Abraham.[vii]

Moses falls to the earth (vv. 9-11). Having left the presence of God and no longer being clothed with His glory, Moses fell to the earth — meaning, literally, that he collapsed in weakness, and, figuratively, that he descended again to the relative darkness of the telestial world. In this way, he repeated the journey of Adam and Eve as they left the Garden of Eden, “landing” on earth, as Nibley puts it, “as a natural man.”[viii] Moses was then left to himself to be tested in a dramatic encounter with Satan.[ix]

Moses defeats Satan (vv. 12-23). Satan tempted Moses — now in a physically weakened state — to worship him. A context of priesthood ordinances is implied. For example, having banished Satan through the power of the Only Begotten (a motif linked in ancient sources to baptism), Moses was afterward “filled with the Holy Ghost.”[x]

Moses calls upon God and is answered by a voice from behind the heavenly veil (vv. 24-26). Having continued to press forward, Moses “calls upon the name of God” in sacred prayer. Since the moment he “fell to the earth,” Moses could no longer speak face to face with the Lord, having been “shut out from his presence.”[xi] Following his prayer, however, Moses was answered by a voice from behind the heavenly veil enumerating specific blessings.[xii] In a discussion of early Christian and Jewish temple rituals, LDS scholar John Tvedtnes noted that “prayer opens the veil to allow one to enjoy the presence of God.”[xiii]

Moses stands in the presence of the Lord (vv. 31-40). The culminating sequence of the vision begins in verse 31 when Moses, having continued to inquire of the Lord,[xv] came to stand in His presence. God spoke with Moses face to face, describing His purposes for this earth and its inhabitants.[xvi] Moses was then shown the events of the Creation, the Fall, and how the Plan of Redemption was given to Adam and Eve, as given in chapters 2-5 of the book of Moses.

Building on the earlier work of Jared Ludlow[xvii] and Hugh Nibley,[xviii] David Larsen and I have explored striking similarities between the first chapter of the book of Moses and an ancient document called the Apocalypse of Abraham.[xix] The document is thought to be Jewish in origin, though it has been preserved by Christian hands.[xx] It is noteworthy that the first publication of an English translation was in the Church’s Improvement Era magazine in 1898.[xxi]

Following an account of Abraham’s tests and trials, including an encounter with Satan, the Apocalypse of Abraham recounts the visionary journey of Abraham to the highest heaven, where he learns the secrets of Creation and is given a grand vision that includes a history of the world and a view of the spirits that existed with God before the Creation. In addition to general similarities in structure, specific parallels in wording in conjunction with beautiful accompanying illustrations add much to our understanding of Moses 1.

The vision of Moses was a source of knowledge and comfort to the Prophet Joseph Smith and the early Saints.

Knowledge. A close examination of the details of the account of Moses’ heavenly ascent in the context of its overall structure throws important light on the significance of temple ordinances performed in our day. Parallels with other ancient texts, such as the Apocalypse of Abraham, confirm the basic pattern of heavenly ascent, and constitute an impressive witness of the antiquity of the text restored by Joseph Smith’s revelations. Hugh Nibley concluded as a result of his study: “These parallel accounts, separated by centuries, cannot be coincidence. Nor can all the others.”[xxii]

Comfort. LDS historian Richard L. Bushman insightfully observes that for Joseph Smith knowledge was not only a source of power and salvation[xxiii] but also of comfort.[xxiv] Said the Prophet on one occasion, “I am glad I have the privilege of communicating to you some things which if grasped closely will be a help to you when the clouds are gathering and the storms are ready to burst upon you like peals of thunder. Lay hold of these things and let not your knees tremble, nor hearts faint.”[xxv]

May we all “grasp closely” the supernal knowledge available to us through latter-day revelation so that as “the clouds are gathering and the storms are ready to burst upon [us] like peals of thunder” in our day, our knees will not tremble, nor will our hearts faint.

For more detailed descriptions of parallels with the ancient traditions of heavenly ascent, including the Apocalypse of Abraham, see J. M. Bradshaw, Moses Temple Themes (2014), pp. 23-50. The book is available for purchase in print at Amazon.com and as a free pdf download in English or Spanish at www.TempleThemes.net.

To download English, French, and German pdfs and videos of FAIRMormon conference presentations on Moses 1 and the Apocalypse of Abraham, see https://www.templethemes.net/publications.php.

For verse-by-verse commentary on Moses 1, see J. M. Bradshaw, God’s Image 1, pp. 32-81. The book is available for purchase in print at Amazon.com and as a free pdf download at www.TempleThemes.net.

For a scripture roundtable video from The Interpreter Foundation on Gospel Doctrine lesson 1, see https://www.youtube.com/watch?v=NgCCjuG8s-8.

Malan, Solomon Caesar, ed. The Book of Adam and Eve: Also Called The Conflict of Adam and Eve with Satan: A Book of the Early Eastern Church. Translated from the Ethiopic, with Notes from the Kufale, Talmud, Midrashim, and Other Eastern Works. London, England: Williams and Norgate, 1882. Reprint, San Diego, CA: The Book Tree, 2005.

[v] Moses 1:31. Though God speaks to Moses near the beginning of the chapter, the parallel wording regarding Moses’ “face to face” experience does not appear until verse 31, making it clear that this is the event to which the prologue is pointing us.

5 Practical Reasons to Have Hope During Times of Fear

Staying Emotionally Healthy During a Pandemic 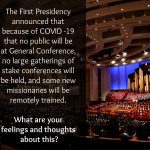 By Michaela Proctor Hutchins
PAST ISSUES