You're Choosing to be Offended | Meridian Magazine 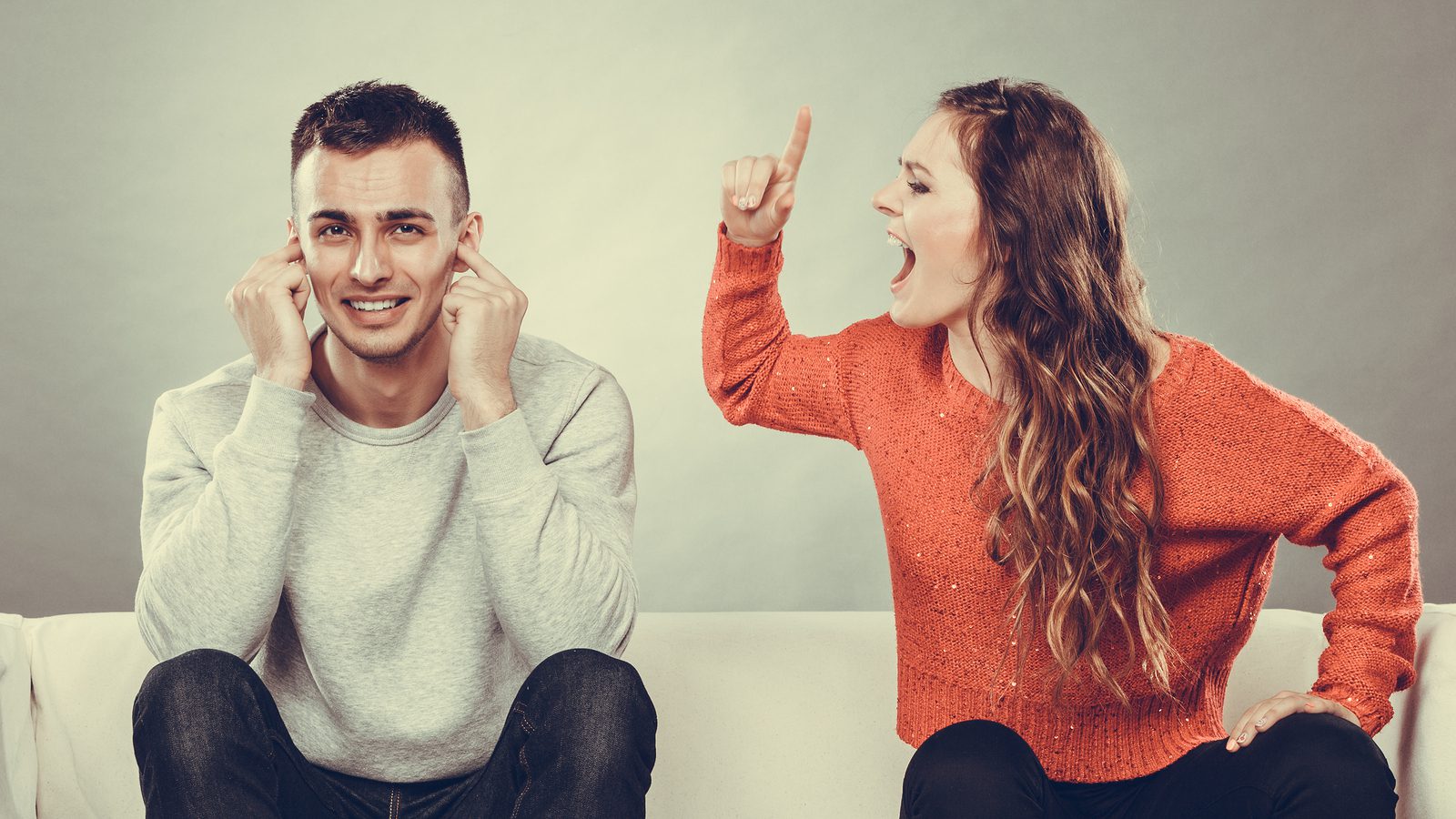 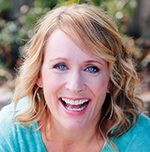 You’re Choosing to be Offended

In online discussions about my article “30 Questions Nobody Has Asked My Husband” I noticed a theme in many of the comments: the phrase “you’re choosing to be offended” (or some variation of it) emerged over and over again in response to the article. I found this fascinating because I am not personally offended by the questions; I am, however, very curious about underlying gender assumptions, concerned about the impact of our unexamined perceptions, and I believe that we, as a culture, could greatly benefit from more self-reflection and thoughtful dialogue.

Here are a few examples of comments from public forums to illustrate the “you’re choosing to be offended” theme:

“Elder Bednar said that being offended by what people say to us is a choice. The problems involved with the questions belong to the questioner.”

“Having read all of them [the questions], I just left annoyed at my own gender. Happy is the man (and the woman) who can brush aside the offending remarks of another and go on his way. We all say silly things and hope that others will show mercy when we do. This reeks of bitterness.”

“How about everyone just stops taking offense to everything? People aren’t talking to each other as much because we are all worried about saying the wrong thing. I wouldn’t purposely offend you, but if you are offended then it’s your problem, not mine.”

Ahhh, PC in The church……..I can’t wait…….Was it Brother Brigham that said “He who is offended when no offense is intended is…” well anyway……

What have the Church leaders said about choosing to be offended? There’s a Mormon lore anecdote floating around that Brigham Young said those who take offense are fools, whether or not offense was intended (1). And of course, the historically documented (and more doctrinally sound) discourse on the topic by Elder David A. Bednar, who said that “To be offended is a choice we make; it is not a condition inflicted or imposed upon us by someone or something else”(2).

I wholeheartedly believe that we are ultimately responsible for our own emotions, perceptions, experiences, and offenses. However, I think it’s important to make the distinction between taking responsibility for our own feelings and taking it upon ourselves to point out when others are or are not taking responsibility for their experiences (i.e.: when, according to us, someone is choosing to be offended).

It seems that all too often, the “choosing to be offended” card is used to judge, invalidate someone else’s experience, to shame or chastise him/ her, and perhaps even to effectively end discussion. It can also be used as a shield to avoid self-reflecting on whether or not we’ve acted offensively and need to make amends. It can be used as a weapon of judgment or minimizing another person’s experience. Here are some ideas to consider in effort to expand our thinking about this important phrase:

This was a theme in my articles on modesty — our tendency to use counsel, quotes from leaders, and commandments as a measuring stick to judge others, instead of applying them to ourselves. Just as modesty standards are designed to be applied to ourselves and those in our stewardship, it is also not our job to judge who should or should not feel offended by a given situation. This can be a self-righteous way to minimize the experiences of others.

Perhaps in very specific situations, a close friend or confidant can kindly let us know if we’re being too sensitive, but this kind of counsel certainly won’t be well-received or internalized by an internet stranger writing a comment on a discussion board. Let’s stick to evaluating our own righteousness instead of calling out others for their weaknesses (real or perceived).

If someone takes offense or is hurt by your words or behavior, it’s easy to deflect responsibility by labeling him/ her as overly sensitive. When used as a shield to avoid self-awareness, pulling out the “you’re choosing to be offended” line robs you of insight into the part you play in the relationship. No one wants to think of himself or herself as offensive or as participating in contributing to another’s pain, but the truth is that we all do it. Why not be willing to look at ourselves and learn about some of our individual and cultural blind spots, instead of pretending that we don’t have any?

All relationships are circular, and both people contribute to the dynamic. It is our responsibility to reflect on our own contribution to the relationship dynamic. Telling someone that he/she is choosing to be offended or is too sensitive is a subtle way of shutting down a conversation in order to avoid taking responsibility.

Sometimes “choosing to be offended” is an appropriate and healthy response

When we use the phrase “you’re choosing to be offended” there is often an implicit (or explicit) assumption that being offended is always a bad thing. There are situations where an appropriate, even healthy response is to be intensely offended by something or someone. Abusive behavior, manipulative behavior, disrespectful comments and putdowns are just a few examples of times where feeling angry, resentful, and upset is a healthy response. In my clinical practice, I’ve seen many LDS people gloss over, minimize, or ignore certain behaviors that are offensive in an effort to be (or appear to be) “forgiving” to avoid conflict, and a myriad of other reasons.

I recall working with a client who had been abused by a neighbor (also a ward member) when she was nine years old. She had told her parents about the abuse a few years after the incidences had occurred. They told her that what happened was wrong and instructed her not to go to the neighbor’s house anymore. “They didn’t really seem upset by it.” My client wanted her parents to be offended, to be horrified by the abuse that had occurred. Because they didn’t show intense negative emotion or take additional action (like report the abuse to authorities, talk to the neighbors, discuss it with their church leaders, etc.) my client experienced a sense of aloneness and believed that her parents didn’t think it was really a “big deal.”

The misuse of the phrase “you’re choosing to be offended” can create distance rather than connection in our families, wards, and communities. It can prevent us from important information about ourselves when we use it to deflect responsibility. It can be used to minimize someone else’s pain. When we become aware that someone has taken offense to something we’ve said or done, rather than labeling them as “easily offended,” we would be wise to ask ourselves these questions:

For additional articles and resources visit DrJulieHanks.com.
For therapy services in Utah visit WasatchFamilyTherapy.com
Connect with me on all social media @DrJulieHanks
Learn about my book The Burnout Cure: An Emotional Survival Guide for Overwhelmed Women

Way back when- I played Julie's music on the radio. I didn't know Julie is now Dr. But that's awesome. I was thinking what a great article this was and how succinctly the points were being made and how professional it sounded before I was aware of your credentials. I enjoyed this though. Especially the part about the standards we should measure against ourselves and not others. I forget that sometimes. Thanks for the reminder. I've often used the "don't choose to be offended" line as a measure on others. I'll stop and think about that from now on and be more considerate when I perhaps do offend. Joseph Smith once was quoted as telling a woman who had been offended by someone, that he often looks in his heart to see if what the person we are being offended by, might have a point..? I always found that wise counsel. I wonder if she was offended by that? :)

It has been several days since the article, which I loved, came out but I would like to make some comments. I have quoted Brigham Young on the quote about being offended many times, although I always add I don't know if it originated with him or he was quoting someone else! This article brought out some excellent points not the least of which is not always is being offended a bad thing, and also don't use "You're choosing to be offended," as some sort of trump card to be offensive! I also would like to say I enjoyed the comments by Sherilynn, about comments another person had written. I agreed with you completely Sherilynn!